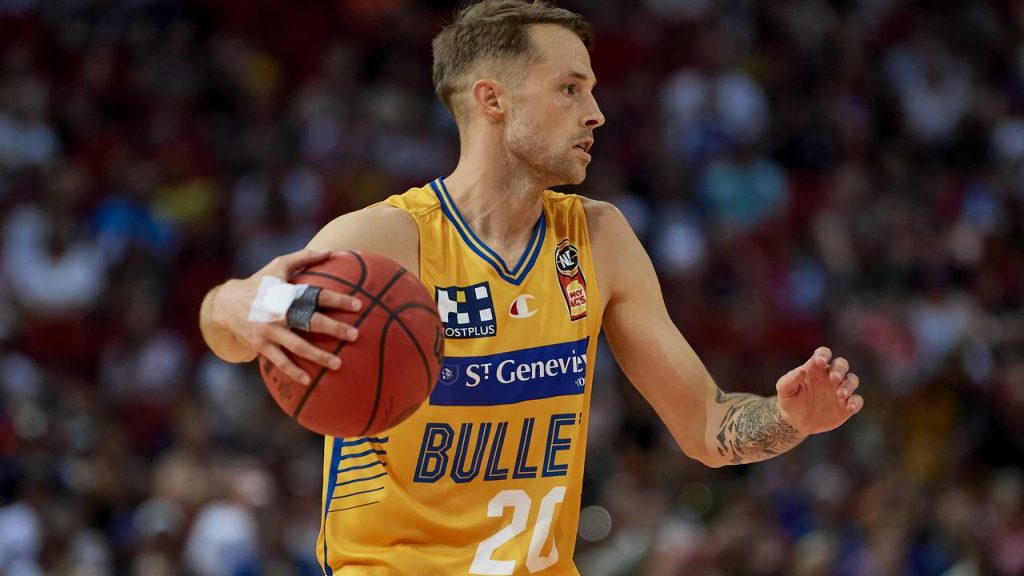 WITH the National Basketball League (NBL) season done and dusted we take a look at the performance of each team and how they fared in season 2021. The next team under the microscope is Brisbane Bullets who showed glimpses of brilliance but struggled to find consistency.

It was a season of “what could have been” for the Brisbane Bullets who finished the season in a flurry but just missed out on finals. With a couple of fresh faces across the court it took a while for the squad to gel and find that balance between offence and defence. The Bullets had moments of magic to wow the top teams but then lacked finesse and consistency when playing the lower ranked teams.

When things were ticking along nicely there was no stopping the Bullets as they recorded wins over the likes of reigning premiers Perth Wildcats along with finalists Illawarra Hawks and even South East Melbourne in the final match of the season. But it was too little, too late as the ship had already sailed and their hopes of playing finals disintegrated.

Brisbane finished with 18 wins to their name and 18 losses showcasing they had plenty of chances but just fell short when it counted especially in the close encounters. In fact, they were only one game and percentage away from playing in the finals but those narrow losses came back to bite them.

It took a while for the Bullets to get their first win on the board with the victory coming against the Sydney Kings. But they were unable to string together any large number of wins with a three-game winning streak the highest they had all season, and every time they looked to generate some winning momentum they would drop a must win game.

There is also no denying that Nathan Sobey was one of, if not the most important player out on court for the Bullets with the guard digging in deep to keep the scoreboard ticking over. Another player that stood up for the Bullets throughout the season was Harry Froling who kicked things up a gear while Jason Cadee enabled the Bullets to play with freedom and an attacking mindset. A number of young players also got their chance to step up to the plate and hone their craft with the likes of Tanner Krebs and Tyrell Harrison paving the way.

The midseason pick-up of import Lamar Patterson added another string to the Bullets’ bow in season 2021. Already accustomed to the way the side played and a fan favourite, Patterson made his way back to the side transferring from the New Zealand Breakers midway through the season. Struggling with injury, once he returned he did not skip a beat and was a key reason for Brisbane’s resurgence towards the backend of the season.

Inconsistency. The Bullets were unable to front up game after game and produce four quarters of fool proof basketball which cost them games here, there and everywhere. They also conceded the most points of any team in the competition (3,274), averaging a deficit of 90.9 points per game, highlighting their leaky defence. in offence they were more prolific with an average of 89 points per game, however their poor defence did not allow them to stop opposition teams and win games convincingly.

When things did not go to plan it appeared as if Brisbane had no alternative option and simply could not spark back up to close out the game. The underperforming Orlando Johnson was released midway through the season as Patterson returned to the club while an injury to Vic Law also cost the Bullets their momentum.

With the awards season already done and dusted for the Brisbane Bullets it is no surprise that Sobey received the Leroy Loggins MVP Award after putting in a consistent and dominant 2021 campaign. Sobey was a lynchpin for the Bullets as he stepped up to the plate game after game with his drive and determination doing wonders for the side. He led not only the Brisbane Bullets but so too the competition in points, averaging 21.06 for the season while he also collected an average of 4.94 rebounds and 4.75 assists. He was never far from the action and worked in overdrive to keep his side within touching distance making him an easy choice for MVP.

After another solid season for the Bullets, Jason Cadee has re-signed with the club extending his contract to the end of the 2022/23 season. As one of the more experienced figures around the club, Cadee will be hoping to continue his form into next season and up the ante even more under the tutelage of a new coach. The guard averaged 27 minutes on court and produced 9.53 points per game making him a reliable source for the Bullets.

His signature joins the likes of Sobey, Anthony Drmic, Harrison, Krebs and Tamuri Wigness as the Bullets’ roster starts to take shape ahead of next season. Drmic was a solid contributor throughout the season as were Harrison and Krebs which will put the side in good stead for next season.

It will be a new era for the Brisbane Bullets next season with newly appointed head coach James Duncan set to take the reins. Duncan will have some big shoes to fill with Andrej Lemanis departing after five years with the club and becoming a centrefold in the Bullets community. But the change could prove to be exactly what the Bullets need as Duncan has already secured the services of a couple of loyal servants and will be hoping to build his side around them in hope to climb up the ladder in season 2022.

Duncan has a wealth of coaching experience and knows the league inside out having been the lead assistant coach as the Sydney Kings who have been rolling in success in the past couple of seasons. The Bullets will be hoping that the Canadian-born coach will bring a new aura of excitement to the club with his main focus on developing young up and coming players which could help build the identity for Brisbane for years to come.