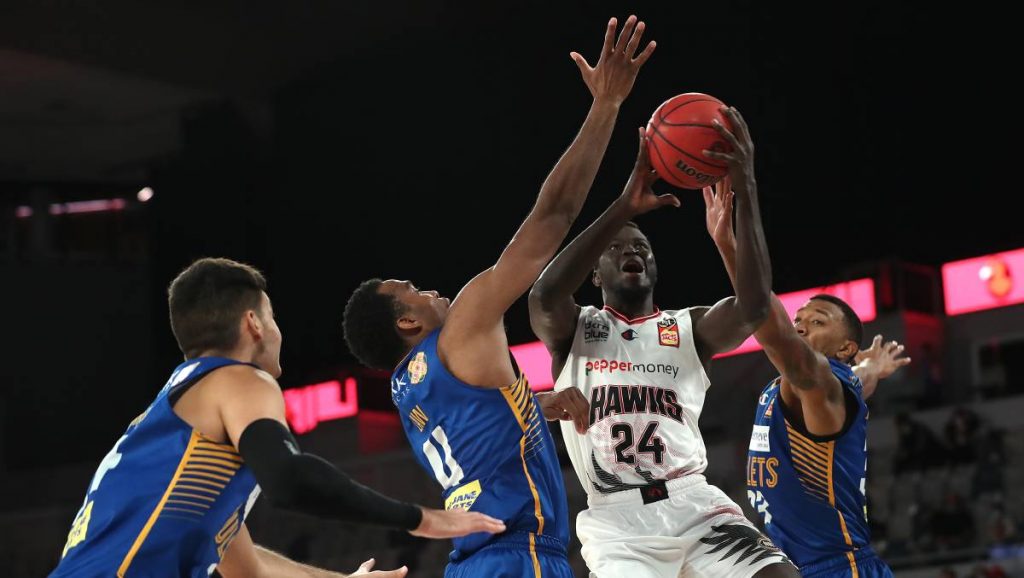 BRISBANE Bullets claimed a surprise win over Illawarra Hawks last night, running out with a six point victory (97-91). Sitting seventh on the ladder, Brisbane did everything in their power to overcome their higher placed opponents. Clamping down on Illawarra’s offensive play allowed the Bullets to get busy themselves and create multiple attacking forays to secure their fourth win of the season.

Both sides threw everything they had at each other in the opening term of play as they tried to set the tone for the game and claim the early ascendancy. Posting the first points of the game, the Hawks seemed to have kicked off the match in style but the Bullets’ intentions were clear, answering the call in 10 seconds – an indication of how tight the game was going to be. Only two points separated the side at the first break with the Bullets holding the upper hand. But it was not long until the Hawks found their rhythm outscoring their opponents in the second term 26-22 to establish a two-point lead themselves.

With plenty to play for in the second half, it was the Bullets that came out with a renewed sense of urgency and desperation, taking the game into their own hands. Constantly attacking the rim, Brisbane managed to sink 28 points in the term to once again reclaim the lead and most importantly shut down the Hawks who only managed 20 points. The final quarter of play was much more even as the two sides produced 20 points each which was enough to gift the Bullets a win, but not enough for the Hawks to eat back into the margin and claim a much needed win to stay in the hunt for a top two spot.

Shooting accuracy was down for both sides, with Brisbane boasting a slightly higher average from the field thanks to their 45 per cent accuracy after converting 33 of their 73 attempts, while the Hawks managed a 44 per cent clip. Inside the arc, the Bullets showed their prowess with 24 out of 44 shots made to sit at 54 per cent as opposed to the Hawks who slotted 22 out of their 46 at 47 per cent. However, Illawarra did impress from down town, going at 38 per cent compared to Brisbane’s 31. Rebounds were in favour of the winning side (43-37) while the Bullets also amassed more assists (22-14) but proved more costly with ball in hand thanks to their 15 turnovers as opposed to Illawarra’s 12.

It was another Victor Law inspired win by the Bullets with the international star using his hot hand to do plenty of damage on the scoreboard thanks to his 29 points. He did not stop there collecting nine rebounds along with three assists. He was ably assisted by Nathan Sobey who slotted 18 points to accompany his two rebounds and six assists from his 33 minutes on court while Matthew Hodgson also kept the scoreboard ticking over through his 12 points. Anthony Drmic and Jason Cadee were the only other two players to hit double digits with 11 and 10 points respectively while Harry Froling impressed off the boards picking up eight rebounds.

For the Hawks it was once again Justinian Jessup that led the way producing a team high 26 points at an impressive 66 per cent accuracy from the field. Jessup also plied his trade in defence with five of his seven rebounds defensive while also dishing off two dimes. Tyler Harvey was the next best in terms of points scoring registering 15 for the game along with three rebounds, two assists and two steals. Sam Froling wasted no time in his 19 minutes on court knocking back 13 points while Justin Simon also produced 13 points of his own.