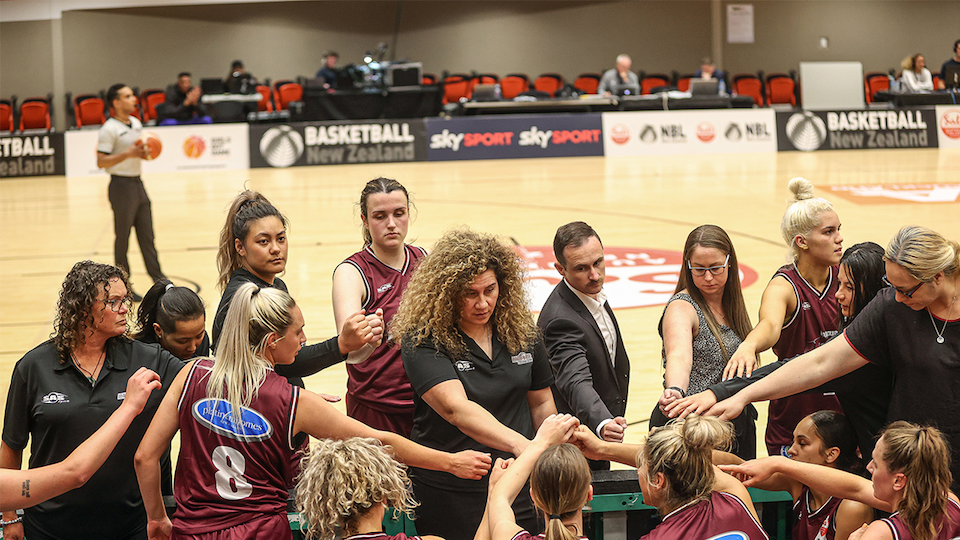 HARBOUR Breeze had already secured a spot in the New Zealand National Basketball League (NZNBL) 18IN18 competition coming into last night’s clash with Waikato Wizards, but a fourth straight win in the condensed season ensured they have top billing heading into the semi-finals. The Breeze won 72-57 in a dominant performance after a slow start, shaking off the first quarter rust from a whopping 13-point deficit to score 61- 24 after quarter time in an ominous message to their rivals.

The Breeze were strong favourites in the clash, though the Wizards were 2-1 from three games having only lost to Auckland Dream on opening night, and were looking to grab second spot with an upset win. The Wizards certainly had the hot hands of the two sides early with Esra McGoldrick and Kayla Manuirirangi helping their team race to a 5-0 lead in the opening two minutes with a massive block and defensive rebound from McGoldrick leading to a Jayzelee Waihi basket and a 7-0 lead.

It was not until the fourth minute of the first term that the undefeated Breeze got on the board through Jazzmyne Kailahi-Fulu following another made jumper from McGoldrick which made the maximum lead nine points. Ashleigh Kelman-Poto managed to cut it back to five for the Breeze, but once again McGoldrick was at it again, nailing a jumper. Brooke Blair hit her first points of the match at the midway point of the term after several misses, but the Wizards were firmly in control as each player was getting in on the act and had it not been for a Zara Jillings triple in the last nine seconds, the Breeze would have found themselves down more than the 13-point quarter time deficit.

There was little doubt that Harbour Breeze needed a response after being completely ambushed in the first term. In the 30 seconds either side of the break, Jillings had doubled her points with another triple, and then Blair was on the board with a jumper. Sensing the momentum was starting with the Breeze, Makayla Daysh got in with a crucial jumper off a second chance shot following numerous repeat efforts from herself – twice – as well as Waihi and McGoldrick in a 30-second passage of offensive play.

Trading baskets for a short time, the Breeze started to make their move by getting within single digits as Gabriella Fotu and Brooke Blair got busy. Following a Manuirirangi triple with two-and-a-half minutes on the clock, the Wizards led 35-24. Then in the blink of an eye, the Breeze showed why they are title favourites with Blair, Fotu and Kelman-Poto (twice) all scoring and by the time the clock ticked into the final minute of the half, just three points separated the sides. Waihi scored the final layup of the half to maintain a narrow five-point lead for the Wizards.

Unsurprisingly, the Breeze stepped up in the third term even more so as Blair and Kelman-Poto – who would end up being the most crucial Breeze players on the night – scoring in the opening minute. The scoring for both sides had largely dried up due to a number of misses and the opposition side was able to pick up the defensive board. But finally, Keeley Tini hit a game-tying triple with 6:04 on the clock. Both sides were 39-apiece and it was truly game on.

The Breeze were not going to take the foot off the pedal though, as they scored 10 consecutive points in that run starting and ending with Tini triples to lead by seven with three minutes to go in the third term. A late Kailahi-Fulu layup pushed the Breeze’s lead out to eight, and meant the Wizards had scored just three points in the quarter, the lowest quarter of the season, while the Breeze were back in control.

From there the Breeze knew what to do with Blair pushing the lead out to double-digits, and despite Waihi and McGoldrick managing to get within two baskets, the Breeze had the answers through Kelman-Poto and Fotu, with the former hitting nine of the next 11 points to blow out the lead to a match-winning 16 points.

McGoldrick continued her good form in the match trying all she could, but the Breeze were too strong. The closest the Wizards got after that opening blitz was 12 points after a McGoldrick jumper with 35 seconds on the clock, only for Tiarna Clarke to hit a triple with six seconds remaining and end what had been a massive comeback and performance from the Breeze.

Kelman-Poto hit a team-high 18 points, as well as eight rebounds – four offensive – for the Breeze, shooting at 72 per cent from the floor. Blair was not too far behind with 16 points herself, picking up four rebounds, five assists and three steals running the offence. Also productive was Kailahi-Fulu who picked up a double-double courtesy of 11 points and 10 rebounds, as well as a big block, while Fotu (eight points, three steals) and Jillings (six points, six assists, four rebounds and four steals) both playing well on transition.

For the Wizards, McGoldrick was the standout, hitting 20 points – though at 38 per cent accuracy – also picking up match-highs in rebounds (14) and blocks (six) to go with two assists and three steals in a dominant performance. Daysh assisted off the boards with 11 rebounds, two assists, two steals and a block along with six points, while Manuirirangi was the other key scorer thanks to 15 points, five rebounds, three assists and three steals in the loss.

Both teams have one match left as the final three matches get underway, starting with the Breeze’s huge clash with Auckland Dream tonight, while the Wizards take on Capital Swish tomorrow in what is effectively an elimination final for the loser.