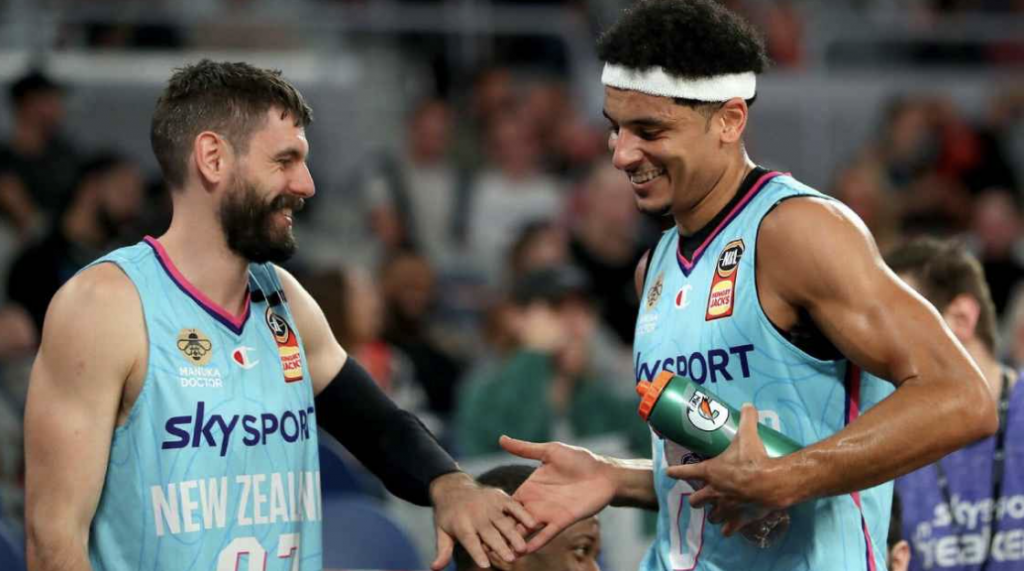 AFTER a monumental first quarter effort, the New Zealand Breakers attained their second win of the season with a 106-62 triumph over the Adelaide 36ers, who have now fallen under .500 and have slidden right out of the top four.

The Breakers could not have asked for a better start, leading 14-0 during the fourth minute of play before Daniel Johnson got Adelaide on the board at John Cain Arena on Saturday. New Zealand’s lead would balloon out to a 26-5 lead, and it looked as if Conner Henry’s team had no answers with Isaac Humphries off the floor with a suspected foot injury sustained in the first quarter.

Leading into the first change, the Breakers were led by Corey Webster and his 13 points after 10 minutes, leading the 36ers 32-6, which would turn out to be New Zealand’s biggest quarter-time margin of the 10-minute-quarter era in the NBL’s history. Meanwhile, New Zealand’s 80 per cent shooting was the main headline, as Tai Webster had allotted seven assists as well.

Back-to-back triples in the final minute of the second term by the Webster brothers with both accounting for 38 of the team’s total points during the initial two stanzas, compounded Adelaide’s troubles further when both sides went into half time. The Breakers’ 60 to 30 lead at the midway point was dominant to say the least, with the side shooting at 68 per cent to this stage, knocking down 11 threes and forcing nine turnovers from Adelaide in the process. The question of whether New Zealand could follow through with a good second half, however, was still on the table.

While the third continued to roll along, more of Dan Shamir’s side made some contributions of their own with Colton Iverson, Thomas Abercrombie and Finn Delany earning their work for the night, helping the lead at the final break to 82-51, all but cementing the win for the cross-Tasman side.

New Zealand eventually cracked a 40-point lead in the early stages of the fourth and would then score their hundredth point in the seventh minute, capping off what was a fitting way to end yesterday’s thrashing. The margin of victory would then settle at a franchise-tying record 44 points and Adelaide walked off the court with their heads hanging low as a result.

Adelaide emerged on top in three statistical categories after 40 minutes. These were free-throw percentage (81 per cent), second chance points (12) and bench points (31). All categories seemed relatively unimportant in the grand scheme of things, as New Zealand finished with a field goal percentage of 59 per cent, converted on 14 triples and would only turn the ball over six times.

Tai Webster took top honours despite sharing the same amount of points with his brother at 29, but Tai would also hunker down and contribute 11 assists to the cause. For Corey Webster, he would tag five rebounds and three assists to his 29 points, while Delany finished the next highest scorer with nine points and four rebounds.

A couple of highlight performances followed Johnson and Jack McVeigh, as they were the only two to tally more than 10 points. McVeigh led the team in points scoring 20 and five rebounds, whereas Johnson secured 17 points, eight rebounds and four assists.

The Breakers open up Round 8 on Wednesday against the Brisbane Bullets, looking to continue their momentum. For the 36ers, the road forward does not get easier as they will need to bounce back and snag a win away from the Illawarra Hawks and start their fight back into the top four.