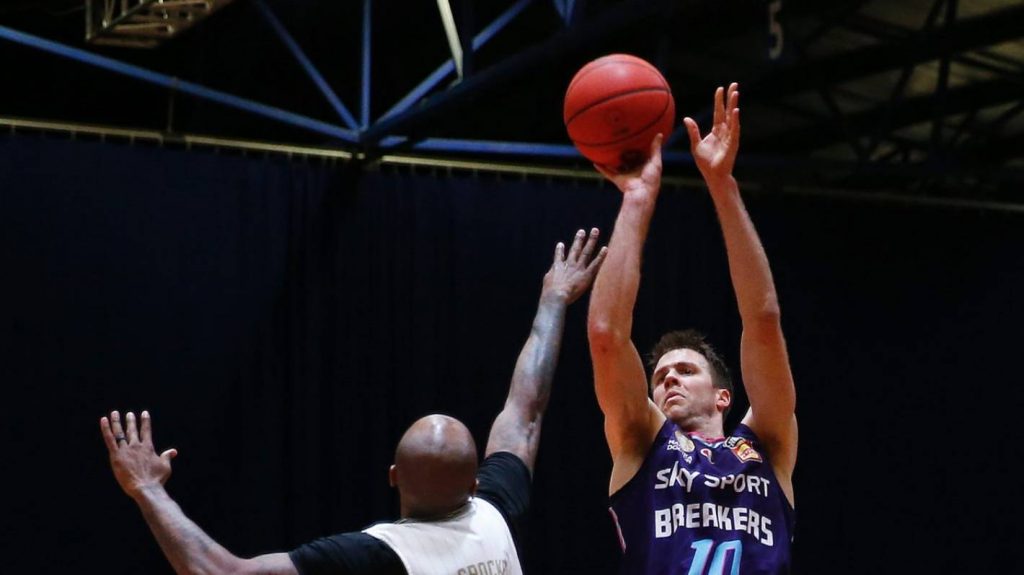 THE final game of Round 14 went the way of the New Zealand Breakers ,downing Adelaide 36ers in their home away from home in Launceston, 93-77. Josh Giddey worked gallantly for Adelaide producing his first triple-double but it was to no avail as the Breakers had his side’s number at every turn, as they look to distance themselves from the bottom of the ladder.

After suffering a narrow loss only days earlier the Breakers were out for vengeance and achieved just that with a commanding 16-point win. They were hot from the opening buzzer piling on 16 points to six in the first five minutes of the game. Their level of intensity hardly dropped throughout the contest as they also converted off the 36ers turnovers to further rub salt in their wounds. Coughing up the ball four times in the first term, New Zealand managed to score nine points while their accuracy from the field was also impressive going at 64 per cent in a strong showing. They maintained a handy six-point lead at the first change 25-19 and looked hungry for more.

The second quarter however seemed to favour the 36ers more as they strung together a couple of nice minutes of play to eat into the margin and give themselves a fighting chance. The return of star Isaac Humphries was starting to have an influence as the bigman got busy on the points-scoring front as did Giddey with his capacity to not only go himself but also set up plays for his teammates. Tony Crocker got Adelaide back to within one point midway through the term sinking an all-important triple but the Breakers did not seem to be rattled with a couple of their key players stepping up to the plate and delivering the goods as Corey Webster and Finn Delany got busy.

Establishing a narrow but handy lead at half time the Breakers came out with a real pep in their step in the third inspired by Delany. He single-handedly changed the course of the game creating some much needed scoreboard separation for the Breakers notching up 10 points in five minutes. His dominance helped to set up a bumper quarter of action from the Breakers as they stretched their lead to 12 at three quarter time.

The final quarter was much of the same with New Zealand playing with a wealth of confidence and skill to bypass the pressure applied by the 36ers. Levi Randolph started to impose himself on the contest despite him missing a few shots here and there while William McDowell-White also kept the scoreboard ticking over for the Breakers. In the end Adelaide simply did not have the legs to run with New Zealand as they slumped to their 16th loss of the season.

Delany was the go-to man sinking a team-high 23 points in his 32 minutes on court. Tom Abercrombie continues to get better with age for the Breakers as he produced 19 points and two rebounds. Randolph was instrumental and has started to find his feet in the NBL nailing 15 points at 40 per cent from the field while also racking up six rebounds and three assists. Corey Webster also came up big in the win draining 15 points and while McDowell-White was not the most proficient scorer his strength to find teammates in damaging scoring positions was unquestionable dishing off 13 dimes. Colton Iverson was the sole other Breakers player to reach double-digits notching up 10 points and just fell short of a double-double with nine rebounds to his name.

Giddey had a night to remember becoming the youngest Australian player in the league to record a triple double thanks to his 12 points, 10 rebounds and 10 assists. He was a real workhorse for the side as was Daniel Johnson who sunk 20 points at 50 per cent. In his second game back from injury, Humphries made his presence felt with 14 points and two rebounds while Crocker also got busy with 13 points at 68 per cent from the field.