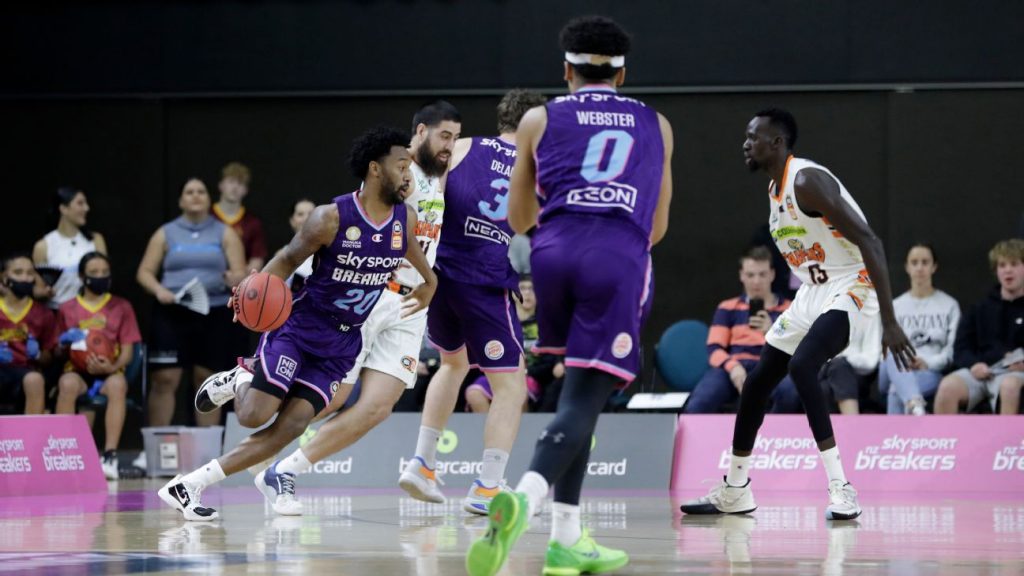 NEW Zealand Breakers have started off their final round of the National Basketball League (NBL) 2021 season in style, claiming a six-point win over wooden spooners Cairns Taipans. In the Taipans’ final game of the year, the Breakers were made to earn the victory, trailing at half-time and the final break before finishing with a head of steam thanks to a dominant fourth quarter to win 84-78.

The home team started strongly in the match, piling on 25 point to 16 to open up a nine-point advantage. In what proved to be the complete counter-contrast of the opening quarter, Cairns dominated the second term with a 26-16 quarter and raced into pole position with a narrow one-point advantage. They Taipans added to their lead by three more with a 17-14 term, but then the Breakers peaked at the right time. Just as the Taipans looked to run away with it early in the fourth, the Breakers fought their way back to build an almost unassailable lead of their own. Cairns brought it back to within a couple of points with 25 seconds on the clock, but a Colton Iverson layup and set of Corey Webster free-throws locked up the 84-78 victory.

The Taipans actually shot more efficiently, with a 54 to 51 per cent efficiency from inside the arc, helping lead to a 47 to 45 per cent overall field goal efficiency. They also won the points in the paint (34-28), and marginally won the steals (7-6) and bench points (19-18), as well as the points from turnover (16-10), made all the more impressive from equal turnovers (10-apiece). New Zealand won many of the key statistics with a dominance in the rebound count (41-30) and second chance points (15-2), as well as winning the assists (17-15) and blocks (5-3) in an overall impressive effort.

Tai Webster put up 23 points, five rebounds and three assists to lead the Breakers from a points perspective, as brother Corey hit up 16 points, four assists and two rebounds to share the load. The dominant player on the night was Iverson, who knocked down six of seven from two-point range on his way to 15 points and 12 rebounds, collecting a double-double as well as two steals and two blocks. Finn Delany (10 points, 10 rebounds and three assists) also had a double-double, while Levi Randolph (11 points, two rebounds) recorded double-figure points.

For the Taipans, Scott Machado did all her could with 21 points – including three of seven from long-range – 10 assists and five rebounds. Nate Jawai (14 points, eight rebounds and two blocks) continued his resurgence in the league, while Majok Deng (11 points) also had double-figure points. Mirko Djeric (seven points, three rebounds) was next best, with New Zealand talents Jordan Hunt (seven points), Jordan Ngatai (six) and Jarrod Kenny (six) also solid.

New Zealand Breakers host South East Melbourne Phoenix on Saturday evening at The Trusts Arena to close out their season, whilst Cairns Taipans head off into the off-season and will have a new coach next year, with the club parting ways with Mike Kelly after their disappointing season.