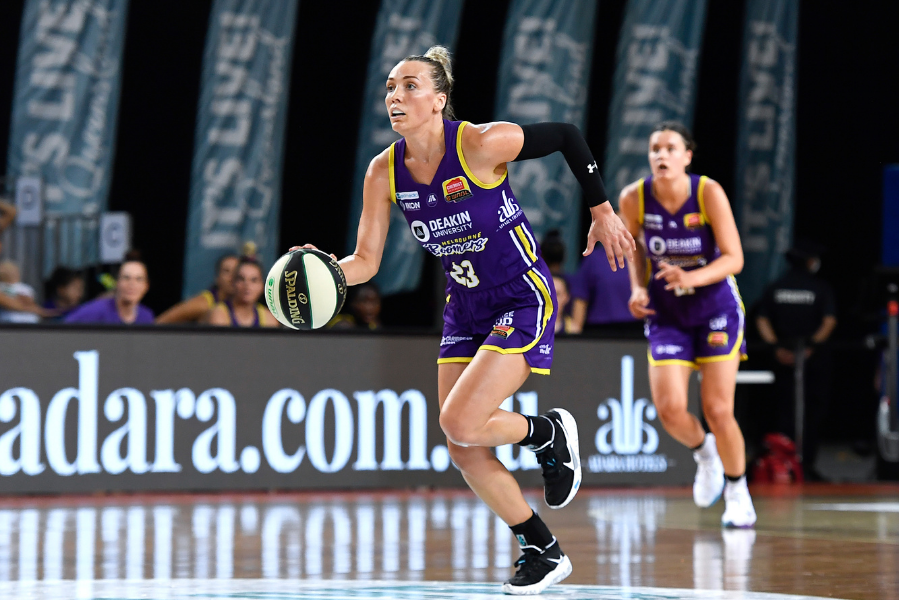 IN an all-Victorian affair it was the Melbourne Boomers that came out on top against Bendigo spirit claiming a 21-point victory (91-70). The Boomers had control from the opening minute of the game and are building some strong form heading into the back end of the season and heading into finals. The Spirit once again had moments of magic but were unable to keep that intensity at the same level for their full four quarters as they suffered their thirteenth straight loss to round out their 2020 campaign.

A 28 to 17 opening term pretty much told the story as Melbourne seemed to have the ball on a string and Bendigo struggle to find any answers. Scoring somewhat evened up in the second term as Bendigo managed to nail 17 points to the Boomers 21 however that was still enough for Melbourne to continue to build on their already growing lead. That tail continued into the second half with Melbourne outscoring Bendigo 26 to 20 in the third term before it was level pegging’s in the last term but it was a little too late as the damage has already been done.

Shooting percentage was relatively even for both sides, however Melbourne had a higher clip sitting at 48 per cent after converting 38 of their 78 attempts. Bendigo on the other hand had less opportunities to the basket but still managed a 43 per cent conversion rate nailing 28 of their 64 attempts. Two point range seemed to be the sweet spot for the Boomers with 26 of their 46 attempts falling to sit at 56 per cent as opposed to Bendigo who only managed 47 per cent. Melbourne was slightly more accurate from downtown sitting at 37 per cent while Bendigo slotted eight of their 22 attempts at 36 per cent. Melbourne outclassed Bendigo just about on every front recording 45 rebounds to 33, 25 assists to 15, six steals to five and also registered less turnovers for the night with 10 to compared to 14. With the starting five doing majority of the work for Boomers it was the bench depth from Bendigo that seemed to have an impact nailing 36 points compared to 32 however it was still not enough to get them over the line.

The victors had a number of scoring options with five players hitting the double digit mark when it came to point scoring. Stella Beck led the way with 17 points, two rebounds and four assists highlighting her ability to have an impact when on court. Ezi Magbegor was the next best with the youngster impressing in her 20 minutes on court to convert 16 points at an impressive 70 per cent from the field while also amassing eight rebounds and two assists in a strong showing. In her 250th game, Maddie Garrick was also another prominent option on court knocking back 16 points eight assists and five rebounds four of which were defensive while Izzy Wright also chimed in with a handy 12 points, seven rebounds and two assists. Penina Davidson was the only other Melbourne Boomers player to register double digits recording 10 points and four rebounds for the night in an all round solid team effort.

Scoring proved to be hard to come by for Bendigo however the ever reliable Tessa Lavey was up to the challenge leading her side with 16 points and just falling short of a double-double with nine assists and eight rebounds with all of the rebounds defensive. Carley Ernst failed to make a splash while on court only managing two points in an unusual showing for her however the likes of Mary Goulding stepped up to the plate and secured 12 points and three rebounds. Amelia Todhunter was another that managed to ply her trade notching up 10 points in what was a difficult performance.

The Boomers now look to Townsville on Sunday while the Spirit bid farewell to their season.

Townsville came out with a point to prove, downing Adelaide in convincing fashion by 29 points as they gear up for a finals berth. It is been an up and down season for the Lightning while Townsville have enjoyed a rapid rise up the ladder and once again showcase their ability to score and score quickly in a dominant performance. Although the chances were slim, the loss automatically seals the deal on Adelaide’s fate of playing finals with the Lightning now ruled out in Townsville securing their position in the top four.

The Fire came out with some real heat in the opening minutes of play highlighting their ability both in offence and defence to score and pile on the pressure as shown with the 28 to 11 point opening term. The second quarter was not much better for the Lightning who seemed to be caught on the backfoot only managing 11 points again as their half time total mounted to 22, while the Fire had a whopping 47 creating a handy 25 point buffer. The Lightning well and truly upped the ante in the third term going toe-to-toe with Townsville before once again falling off the boil in the final term.

Townsville oozed an element of composure and most importantly accuracy with ball in hand sitting at an impressive 57 per cent from the field, nailing 40 of their 70 attempts while Adelaide did not have the same luck averaging a mere 39 per cent from the field. The Fire also starred within the arc shooting at a 63 per cent clip while the Lightning were somewhat wayward at 47 per cent. The main difference came from around the perimeter with the victors slotting nine of their 21 attempts at 42 per cent as opposed to Adelaide who struggled to find their radar at 28 per cent. Townsville had the upper hand when it came to rebounds (37-34) and also claimed the ascendancy when it came to assists (19-13).

There were plenty of key contributors for Townsville across the night, none bigger than guard Lauren Nicholson who absolutely starred with her 21 points at 71 per cent accuracy along with her four rebounds, four assists and one block. Megan McKay also found her groove knocking back 19 points, seven rebounds and two assists in a strong showing while Stephanie Reid proved to be an impact player off the bench managing 17 points, two rebounds and three assists. Although down on her lofty standards, youngster Shyla Heal still bobbed up for her moments of magic with 10 points, seven rebounds and two assists to her name while the only player to reach double figures was Courtney Woods who slotted 12 points for the night.

Scoring was hard to come by for Adelaide, with captain Steph Talbot struggling to find her mojo and only walking away with nine points, five rebounds and an uncharacteristic four turnovers. Abigail Wehrung was the leading points scorer for the Lightning sinking 15 at 60 per cent while Marena Whittle also threw her weight around to collect 14 points and five rebounds. Despite only managing two points for the game Louella Tomlinson proved to be a handy option off the boards with five rebounds while Charlie Smith also had an impact with her five boards and four steals.

Townsville are set to lock horns with Melbourne on Sunday while Adelaide have the final game of the home and away season against Sydney Uni Flames.