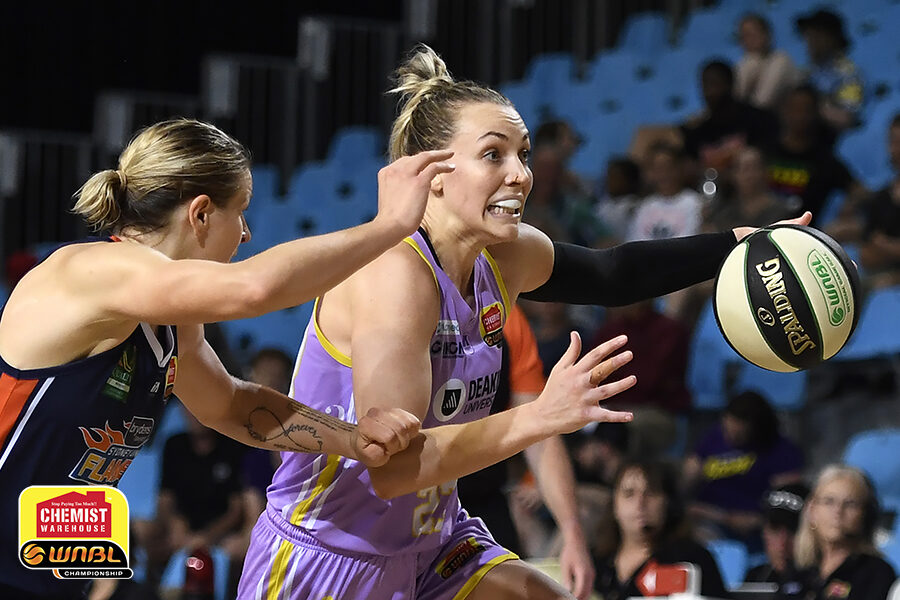 MELBOURNE Boomers have won their second of four matches their week, putting away the Sydney Uni Flames in a strong 86-64 victory in the Women’s National Basketball League (WNBL) clash last night. The win was set up by a huge first half, dominating by scoring 48 points to just 21 and effectively shutting out the Flames before they could even ignite. To Sydney Uni’s credit, the Flames did hit back in the second half to make it a contest with 43-38, but the Boomers were able to manage their stars and ensure they were well rested ahead of their third game coming up on the weekend.

The Boomers dominated the assist count with 27 to 12, able to slice through the Flames’ defence, whilst stopping their opponents in their tracks. The Flames were not helped by the fact they could not finish off ,hitting just 32 per cent of their field goal attempts, despite having 10 more chances than the Boomers who went at a much higher 53 per cent. Melbourne also led the rebounds (45-38), fast break points (12-10) and bench points (22-8), and had eight blocks to zero, constantly denying the Flames close to the rim.

The Flames would have been a lot closer had it not been for the accuracy, because defensively they held up well, earning nine steals to five and having five less turnovers (12-17). Both teams scored 16 points off turnovers, while the Flames managed to have an extra point off the second chance (16-14), and had four less personal fouls (12-16). Overall, it was more about chances, and the Boomers took them in the first half.

Ezi Magbegor led the way with a double-double of 23 points, 11 rebounds, four blocks and two assists. Most impressively, she nailed 10 of her 11 chances and did not miss any of her three free throw attempts in a stunning performance. Maddie Garrick hit the 15 points, but it was Tess Madgen‘s 13 points, nine assists and five rebounds that caught attention, slicing up the opposition defence and only having three less assists than the entire opposition team.

Cayla George almost recorded a double-double in the win with eight points and 10 rebounds, as well as four assists, while Penina Davidson came off the bench to score 10 points in nine minutes. Also gaining some extra minutes was Stella Beck who had seven points, four rebounds, three assists and one steal in the win.

For the Flames, it was the former Perth duo that were left to carry much of the load as Lauren Mansfield and Alison Schwagmeyer combined for 43 of the Flames’ 64 points. Mansfield had 22 points, two rebounds and three assists, while Schwagmeyer hit 21 points, eight rebounds and two steals in the loss. Anneli Maley was huge off the boards with 11 rebounds to go with five points – only two from 11 – while Funda Nakkasoglu had six points and two assists.

Melbourne faces a tough weekend, coming up against Bendigo Spirit on Saturday, before taking on top of the table Southside Flyers on Sunday, Meanwhile Sydney Uni will have a break until Sunday when they face the winless Bendigo Spirit.