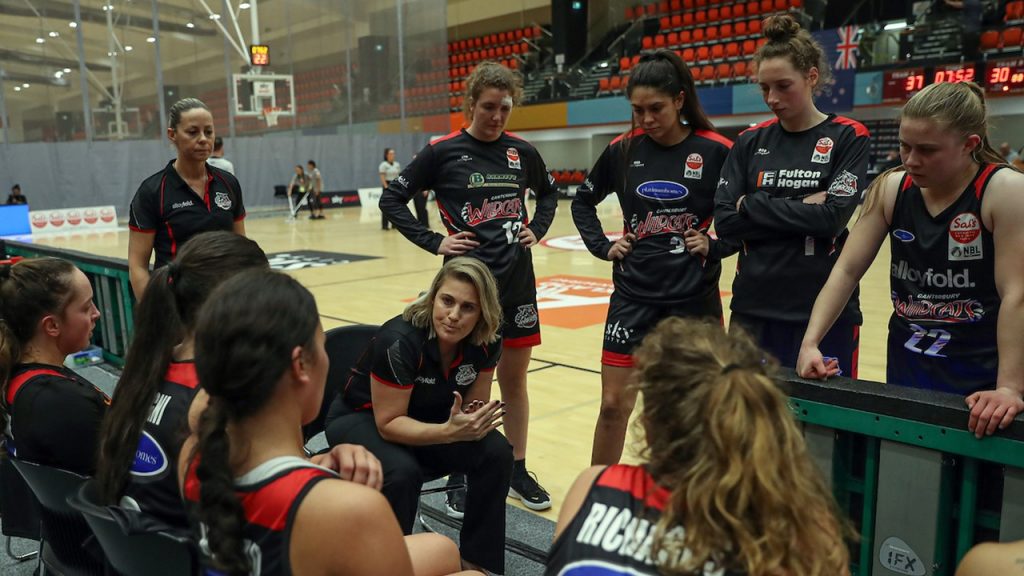 TESSA Boagni was dominant again as the Canterbury Wildcats came away with a 20-point victory over the Auckland Dream on Sunday night’s New Zealand National Basketball League (NZNBL) fixture.

Boagni made shots from inside the paint and beyond the arc to finish with 27 points on the night as she completed another double-double after recording 11 rebounds.

The Wildcats took control early in the contest with Lauryn Hippolite and Nicole Gleason both hitting a pair of three pointers in the first term, with Hannah Mischewski and Boagni also on target from long range. For the Dream, Esra McGoldrick and Amanda Wayment each had four first quarter points, but despite recording eight offensive rebounds, the Dream were unable to convert their second chance points often enough. The Dream were restricted just 12 points at the end of the first, as the Wildcats held a nine-point lead.

A rare three-pointer from Wayment opened the scoring in the second quarter after two minutes of action, as the Dream kept in touch with the Wildcats, with Lauren Whittaker’s made three cutting the margin to just six points. Boagni then took control of the contest, piling on 11 points of her own in the final five minutes of play, leading the Wildcats into half time with a 41-28 lead.

Early points to Mischewski and Boagni in the third extended the Wildcats’ lead out to 18 points and the Dream were never able to cut the deficit into single digits for the rest of the match. A Gemma Etheredge three ball with five minutes remaining in the fourth put the Wildcats ahead by 28 points, before a couple of threes from Jelena Vucinic helped reduce the final margin back to 20 points. The score ended 78-58, with the Wildcats securing their second win in as many games to start the new season on a high.

For the Dream, it was somewhat of a tired performance playing in their third game of the round, having already lost to the Wizards and defeated the Breeze. They made just 29.2 per cent of their field goals (21 from 72), and despite dominating the glass with 55-41 rebounds, including 18 offensive boards they were unable to capitalise with their poor shooting throughout the contest.

In comparison, the Wildcats made 38.5 per cent of their field goals, with their impressive three-point shooting proving to be a decisive factor in the game. Boagni made four threes, with Gleason, Etheredge, Mischewski and Hippolite all making two, and Sapphire Wairau adding another as the team shot 41.9 per cent (13 from 31) from beyond the arc. The Dream only managed five three pointers for the match, shooting at 22.7 per cent.

Boagni played the starring role once again as she also added two blocks and three steals to her 27 points and 11 rebounds. She shot at 42.1 per cent from the field and made 4 from 8 three pointers. Mischewski also had a solid game with 15 points of her own, while Gleason had 12 points for the match.

Wayment and McGoldrick led the way for the Dream, with Wayment recording 15 points and 14 rebounds, including a huge eight offensive rebounds, while McGoldrick completed her double-double game with 11 points and 15 rebounds, along with two blocks and two steals. Olivia Berry was also a factor for the Dream with 13 points and six rebounds.

The Wildcats will have a few days rest before they face a tough three game round next week, beginning with the Swish on Thursday night. As for the Dream, they will look forward to a much lighter week, with only one game against the Swish on Friday.