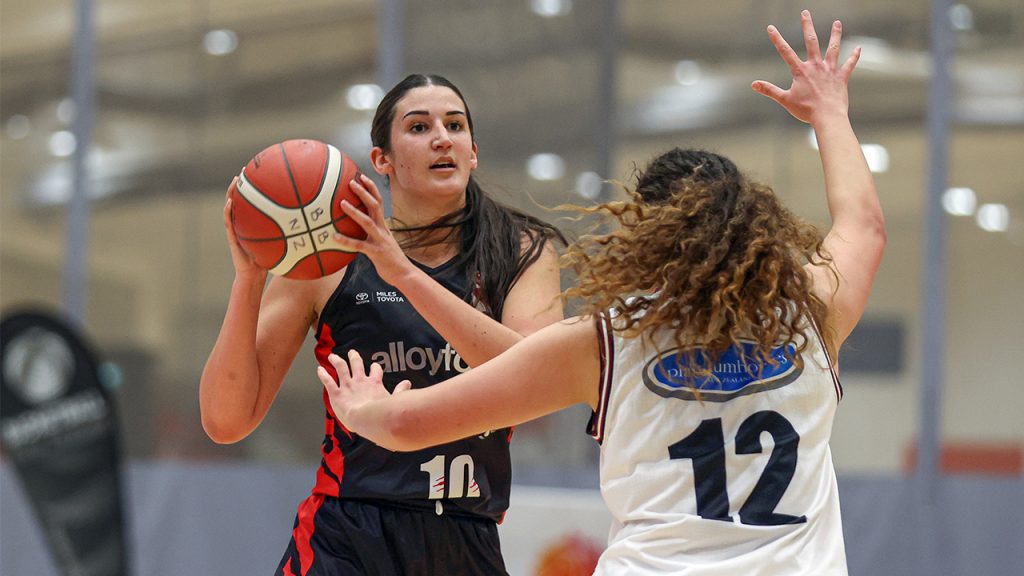 TESSA Boagni has stepped up to the plate to lift her Canterbury Wildcats side to a five-point thrilling overtime win against reigning champions Harbour Breeze in the first nail-biting New Zealand National Basketball League (NZNBL) contest of the season. The result marked the Breeze’s first defeat in two seasons, after going through the 18IN18 competition undefeated in 2020. With Boagni not only hitting a game-tying jumper to send the match into overtime, she finished with a mind-boggling 34 points and 21 rebounds in a clear best-on performance for the Wildcats during the 75-70 victory.

It was a seesawing opening term, as the Breeze took the early lead, then the Wildcats regained control to hold a five-point advantage midway through the quarter. That did not last as the Breeze produced a nine-point turnaround to be four points up at the first break. A quarter later, both sides were all square as the Wildcats drew level at half-time.

The third term looked like the Breeze were going to run away with it, racing out to a double-digit lead midway through the quarter and were firmly in control. The Wildcats – led by Boagni – refused to give in, getting back to even keel before some late baskets to the Breeze gave them a four-point lead into the last term. That final term still saw the Breeze in control, with the Wildcats only hitting the front momentarily midway through the quarter, and in the last 10 seconds, Boagni’s long-rang bomb tied the scores at 62-apiece to send the game into overtime.

With 4:08 left on the clock in overtime, the Breeze held a narrow one-point lead. Boagni had something to say about that with six straight points before coming to the bench for a rest. The Wildcats got out to as much as a seven-point lead with 1:58 on the clock thanks to their eight-point run, and then eight wit ha final free throw in the dying 30 seconds, before Tiarna Clarke hit a consolation three-pointer to cut the final margin to five, 70-75.

Canterbury led the shooting accuracy with 34 to 31 per cent, having 10 more attempts and nailing five more makes. They also controlled the rebounds (56-44) and assists (20-10), though the Breeze were strong at denying the Wildcats the easy baskets with more blocks (7-1). The Breeze also had more points from turnovers (22-15) with one less turnover (20-21), though the Wildcats made up for it with dominant wins in the paint (38 points to 24) and second chance points (16-4).

Boagni was unstoppable with 34 points – at 52 per cent from the field – and 21 rebounds – 16 defensive – whilst also collecting five steals to be the obvious game Most Valuable Player (MVP). She had triple the points of any teammate, with Lauryn Hippolite the next most with nine – but collected 10 assists which were half her team’s total assists – and four rebounds. Andrea Gleason (eight points, two steals) was next in line, whilst Terai-Ma-Teata Elia (seven rebounds, three assists) and Gemma Etheredge (six rebounds) both impacted off the boards despite being inaccurate from their own shooting with four points apiece.

Clarke was the clear standout one for the reigning premiers, putting up 30 points, though at a lower 34 per cent efficiency. She shot four of 14 from beyond the arc to pick up the most three-pointers of any player on the court, and also had the four rebounds, two assists and two steals. Gabriella Fotu led from the front with seven rebounds and seven assists to go with 13 points and four steals, while Jazz Kailahi-Fulu managed the 12 points, six rebounds and two blocks. Keeley Tini failed to hit a field attempt from six chances to only finish with two points, but amassed nine rebounds and four blocks to be a menace close to the defensive basket.

Harbour Breeze have a quick turnaround to take on night one losers Auckland Dream in a battle where one must break their drought, whilst the Wildcats will take on the Dream tomorrow in big weekend for Auckland.