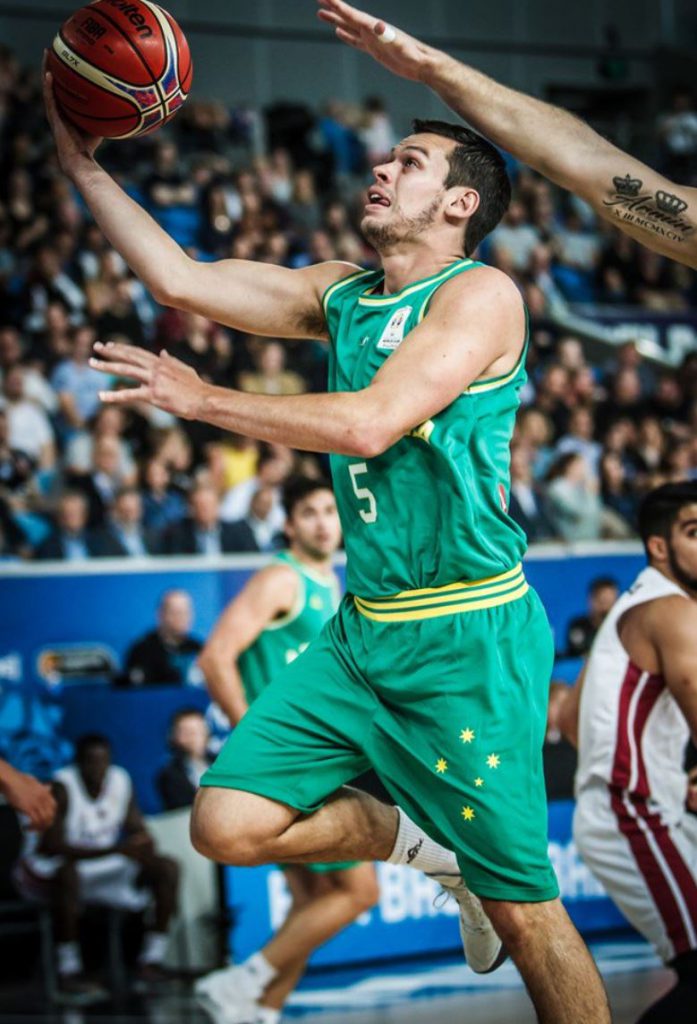 THE Australian Boomers qualified for the 2019 FIBA Basketball World Cup with a win against Iran on Friday. They backed this up with a big victory against Qatar, scoring their highest amount of points in the FIBA World Cup qualifiers in their 51-point win at Melbourne. These matches complete the Boomers’ fifth window of FIBA World Cup qualifiers. They will travel to Kazakhstan and Iran in February next year to complete their sixth and final window of qualifiers.

The Boomers played clinical basketball against Iran in this game, leading at every break to take home a 29-point win. They outscored Iran in all but one quarter, and even restricted the away side to just eight points in the second term. In an even team performance where 11 players hit the scoreboard, Adelaide captain, Daniel Johnson led the way with 12 points, which was an equal game-high along with Iran’s Behnam Yakhchalidehkordi. United guard, Mitch McCarron wasn’t too far off though with 11 points as well as five rebounds and two assists. Nicholas Kay led the way in the rebound department for the Boomers, with an equal game-high six boards, matching Iran’s Meisam Mirzaeitalarposhti’s efforts on the boards. This game presented a lot of great stories, with David Barlow representing the Boomers for the first time since 2013, Nathan Jawai pulling on the Australian jumper for the first time in four years and Craig Moller making his first ever international appearance. Barlow ended with five points and three assists including a big three-pointer, feeding off Jawai’s second-quarter efforts. The Cairns big man ended up with eight points in his return to the Boomers line-up. Moller came on in the last term and was proactive, scoring five points and pulling down five rebounds in the 29-point win. Following the win, the Boomers became the first team in the Asian qualifiers to book their place at next year’s FIBA World Cup.

Following their dominant performance against Iran, the Boomers crushed Qatar to achieve not only their highest score in the FIBA World Cup qualifiers, but also complete a perfect winning streak at home. Australia outscored Qatar convincingly in each quarter, opening up a 50-34 point margin at the main break. Bullets guard, Jason Cadee was the standout in this game, leading the way in points (21), field goal percentage (70) and three-point percentage (62.5). Nicholas Kay once again led the way in rebounds, along with Todd Blanchfield, who both managed to pull down six boards. Blanchfield also backed this up with 12 points while Kay managed nine. Cadee was complemented by fellow Brisbane teammate, Cameron Gliddon in this game, as he put up 17 points, which was the second highest amount of points on the court. Mohd Yousuf Mohmmed was the shining light for Qatar, with 13 points, three rebounds and two steals. He was complemented by 11 points from Emir Mujkic and nine from Hassan Mohamed. These efforts were not enough to get Qatar over the line, with four Boomers scoring double figures. This was led by Cadee, Gliddon and Blanchfield, along with David Barlow, who also scored 12 points. Despite these players leading, it was a collective effort by all players, as each Boomer got on the scoreboard in their massive 51-point win to complete their fifth window of FIBA World Cup qualifiers.