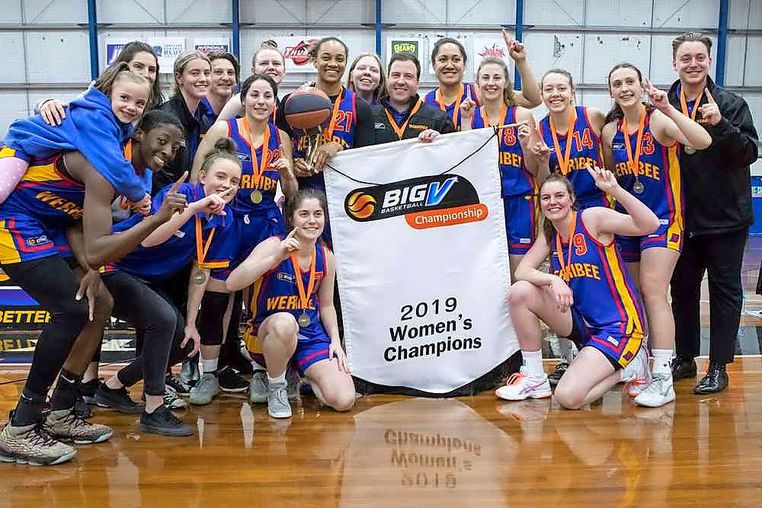 The match of the round could be the clash between Southern Peninsula Sharks and Sunbury Jets. The match opens the round at Hillview Stadium from 5pm with the Sharks keen on going one better and squeezing into the finals in 2020. They were one win short of fifth on the ladder last year, while the Jets have plenty of incentive to fire up early after what was ultimately a missed opportunity last season. Sunbury finished atop of the table in 2019, the only side with 15 wins fo the season, though the next three were just one win behind in such an even competition. They lost in the preliminary final and will be hungry to get back to the top where they sat at the end of the regular season last year.

The reigning premiers have adopted a new name for the 2020 season, with Werribee Devils becoming Wyndham Basketball but still bringing over the 2019 trophy. The rebranded side head to Mill Park at 8.30pm to take on Whittlesea Pacers which if last year is anything to go by, it could be a one-sided contest. The Pacers finished second last in 2019 and will be hoping to improve on that against the benchmark of last year. Wyndham might not have finished atop of the table, but showed the most when it counted and will have the confidence in the league to go through and get the job done again.

The other Saturday evening game is between Casey Cavaliers and Hume City Broncos with the home side having finished seventh last season with a 6-12 record that they have an eye on improving with an early home fixture. The Broncos finished three places above the Cavaliers, but a clear six wins ahead in fourth spot. This should be a must-win game for them, but the Cavaliers should build a strong fortress at home and will hope to give their fans something to cheer about to start the season.

Opening up the Sunday fixtures are Hawthorn Magic and Keilor Thunder. The Thunder finished runner-up in the competition last year, ending the 2019 league in second spot, then making it through to the decider before falling to Werribee Devils in the decider. Hawthorn on the otherhand came up from Division 1 after winning the title there and the Magic are a complete unknown quantity at this level. Given their impressive form in the grade where they won 19 of a possible 24 games and took out the premiership in style, the Magic will hope to make an early stand against one of the top sides in the Championship Grade.

The final match of the round sees Bulleen Boomers host McKinnon Cougars at East Doncaster Secondary College. The Boomers finished eighth last season whereas the Cougars reached the finals but were bundled out in the first week. McKinnon won 10 out of 18 games and landed a game clear inside the top five, but a new season means all sides are back to zero. Now the Cougars have to hit the road in their opening encounter and the Boomers, who were well down on form last season, will be ready and raring to go in front of their home fans in Round 1.