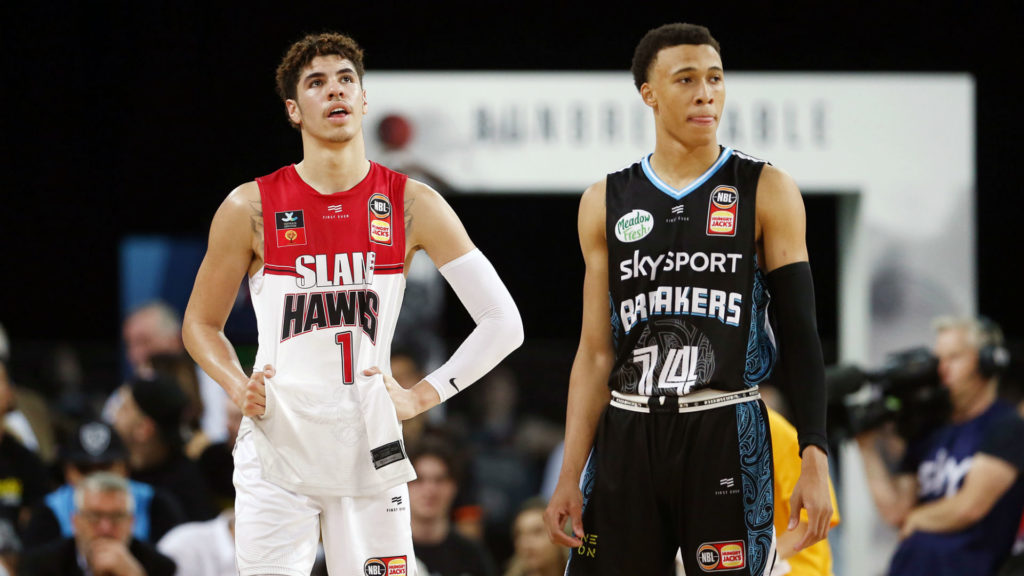 TOMORROW morning at around 11am AEDT, the 2020 NBA Draft will begin, and there are more than a few reasons for Australians to tune in. In the 2019/20 National Basketball League (NBL) season, LaMelo Ball and RJ Hampton were among the top young stars to grace the competition with their athleticism, X-factor and shooting prowess and now both are expected to be taken off the draft table early on the night.

Former Illawarra guard, Ball is a player who has drawn comparisons to Kyrie Irving with his offensive creativity and deadly passing on offence, able to slice and defences up on the transition. Aiming to follow his brother and New Orleans’ talent Lonzo Ball into the NBA, LaMelo’s ball handing skills are his strength, whilst his long-range shooting and defence are areas he could improve. In a recent canvass of the American mock drafts, NBA.com found that six different mock drafts had him going at Pick 1, including ESPN, The Athletic, CBS Sports and Bleacher Report.

As it stands, Minnesota Timberwolves have that first selection and more often than not, Ball has been tipped to land there. The other two Top 3 players are Anthony Edwards – a shooting guard from Georgia – and James Wiseman – a center from Memphis – though Edwards is the only other real threat given Minnesota has Karl-Anthony Towns at the five spot. Wiseman has drawn comparisons to the like of Chris Bosh and Anthony Davis with his athleticism, defensive ability and offensive potential, whilst he needs to build his range shooting and playmaking ability.

Golden State Warriors are tipped to select Wiseman with the next pick given unlike Minnesota, they need a center, and the Memphis seven-footer is tipped to fill that spot. Charlotte Hornets come into the draft at Pick 3 and will swoop on whoever is left out of Ball and Edwards because the Hornets just need prolific scorers to help a struggling franchise. Edwards fits that need as an explosive scorer with good strength, though has a lot of raw traits on the offensive end to still work on, with comparisons to Donovan Mitchell, though greater athleticism.

Unlike Ball, much intrigue surrounds Hampton and where the former New Zealand Breakers’ talent will land. Hampton was rated inside the Top 10 at some stages this year, but is tipped to be somewhere later on in the first round. The Athletic has tipped that Hampton will land between picks 11 and 22, whilst the NBA.com mock draft canvass found he was also in that Pick 15-30 range. As an example, in the CBS Sports mock draft, Hampton was selected at Pick 16 by Portland Trailblazers. Either way, the point guard should be picked up somewhere in the first round, seen as a blank canvas for his potential to grow, having played against more senior bodies in the NBL than going through the college route.

The big question and perhaps the most interest for Australian Boomers’ fans is where defensive talent Josh Green will get picked up. Ranked seventh at his position and 27th overall, the Arizona guard is expected to also land somewhere in the first round, with the same CBS Sports mock draft tipping him to head to Utah Jazz with Pick 23. Fox Sports suggested he could be looked at by the Dallas Mavericks, whilst his wide variety of potential suitors rates anywhere from the Top 10 to outside the 30.

All the questions and more will be answered, tomorrow morning.