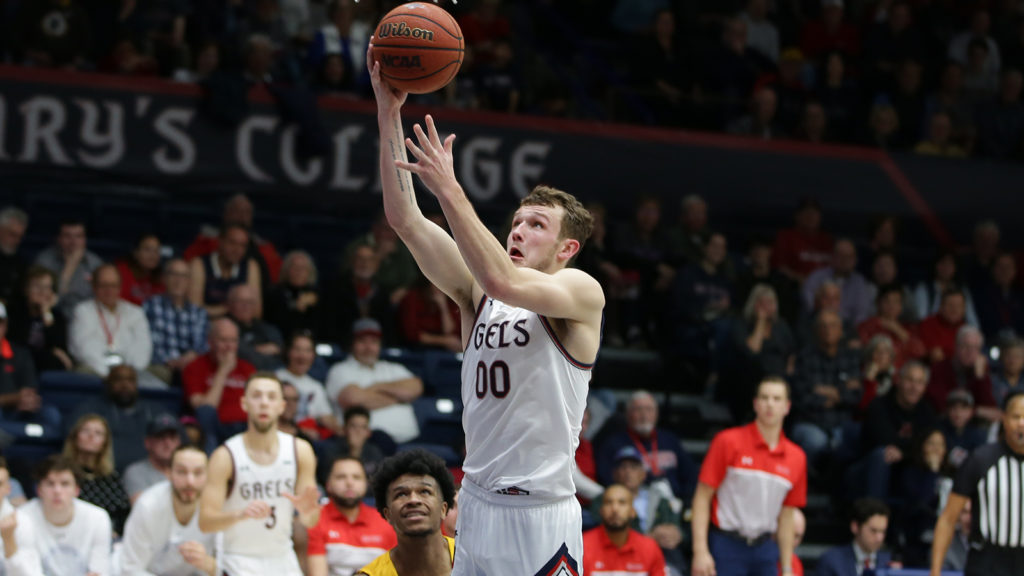 ONE of four Australians in his college basketball side, Tanner Krebs is a talented baller who was named in the Emerging Boomers outfit last year for the 2019 World Uni Games. With so much uncertainty surrounding the COVID-19 global pandemic, Draft Central is taking a look at some of the best Aussie basketballers running around overseas.

Krebs is a senior at Saint Mary’s Gaels, where the 198cm Hobart native is a versatile small forward who can roll into the point guard spot if required. His senior year at Saint Mary’s has been his best as a whole, averaging career-high points (9.1) and steals (1.0) from the 2019/20 NCAA season. His best game this year ironically came on Australia Day where he put up numbers of 19 points, six rebounds, two steals, one assist and one block as he led his side to a low-scoring win over Loyola Marymount Lions. He had back-to-back games earlier in the season where he averaged 18.0 points, 7.0 rebounds, 2.0 steals, 2.0 assists and 1.5 blocks.

When it comes to his long-range jumper, Krebs is as consistent as they come, averaging between 39 and 40 per cent in his past three seasons after 36 per cent in his freshman year. While he might not be considered strongly for the 2020 NBA Draft, with the announcement that Tasmania will have an NBL side for the 2021/22 season, could Krebs be a marquee signing? That is still a season away and Krebs will need to find a home before then, whether he sticks it out in the States and works hard over the off-season for his chance at the NBA through Summer League or looks for a G-League team will be interesting to see.

A lot of the decision making around Australians finishing their college in the States’ will be dependent on the current global pandemic which is restricting travel and of course sports for the time being. Even if Krebs returned to play NBL1, imagine him lining up for Hobart and trying to stop his long-range bombs?