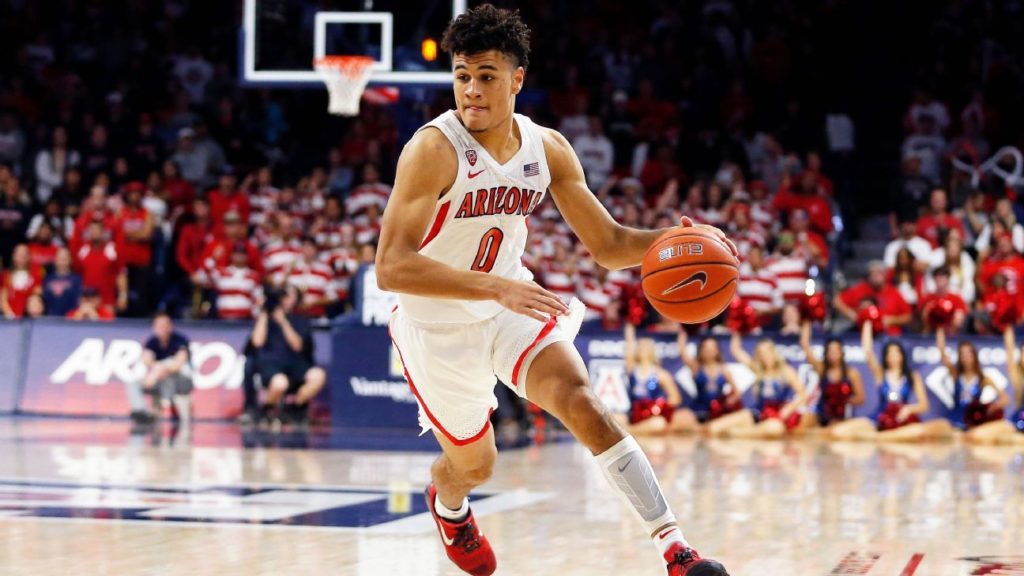 DESPITE much uncertainty about the sporting landscape due to the COVID-19 global pandemic, there is still much excitement around the 2020 NBA Draft regardless of the uncertainty of how the 2019/20 season finishes. We take a look at Australia’s highest rated NBA Draft prospect in Josh Green, who is a 198cm, 95kg shooting guard at the University of Arizona. In the recent ESPN mock draft, he is ranked 21st overall and fourth in his position.

According to ESPN NBA Draft analyst Mike Schmitz, Green’s strengths include his physical profile, straight line speed, competitiveness, as well as improved perimeter shooting and decision making, while he needs to improve his overall offensive ability, with his finishing an area of improvement and has to build his next-play mentality he offers plenty of promise.

Green can also play out of the small forward spot, and he played 30 games for the Arizona Wildcats in the NCAA1 competition. In that time, he spent 30.9 minutes on court, averaging 11.9 points, 4.6 rebounds, 2.6 assists and 1.5 steals per game. He was also relatively clean with ball-in-hand, committing just 49 turnovers which equates to 1.9 per game. He shot at 36.1 per cent from long range, and a solid 78 per cent from the free-throw line, with an okay 42.4 per cent from the line.

The Sydney-born talent and his whole family relocated to Arizona where he eventually found his way to the IMG Academy in Florida and was rated a five-star prospect. He then took up his college at the University of Arizona, and already in his first season aged 19, he has stood out enough to go straight to the NBA.

Green is not the only NBA Draft prospect in the Wildcats team, with Nicolo Mannion, a skill-based point guard ranked at 14th overall by Schmitz, and sixth in his position. A little smaller than Green at 191cm and 86kg, Mannion is highly rated because of his playmaking ability and high-level basketball IQ. He does not have the physical attributes that Green has, but has that natural basketball nous that gives scouts the belief he can improve at a rapid rate. In 2019/20, Mannion averaged 14.0 points, 2.5 rebounds, 5.3 assists and 1.2 steals per game.

Finally, the Wildcats could have a third first round prospect in Zeke Nnaji who is considered a huge improver from the 2019/20 season and was the first of the trio to nominate for the 2020 NBA Draft. Standing at 211cm and 104kg, the power forward/center has only just turned 19 in January, though his Freshman year at Arizona has seen him bolt up the boards into a potential first round prospect. He is still considered raw, but averaged team-highs of 16.1 points and 8.6 in 30.7 minutes for the Wildcats. Given he is still developing, he has a number of years to keep improving, but his rate of improvement has scouts considering taking him earlier than expected.

No doubt there will be plenty of eyes on the trio, and for Australian basketball fans, particularly Green who seems destined to be the newest inclusion in the NBA when the draft rolls around..