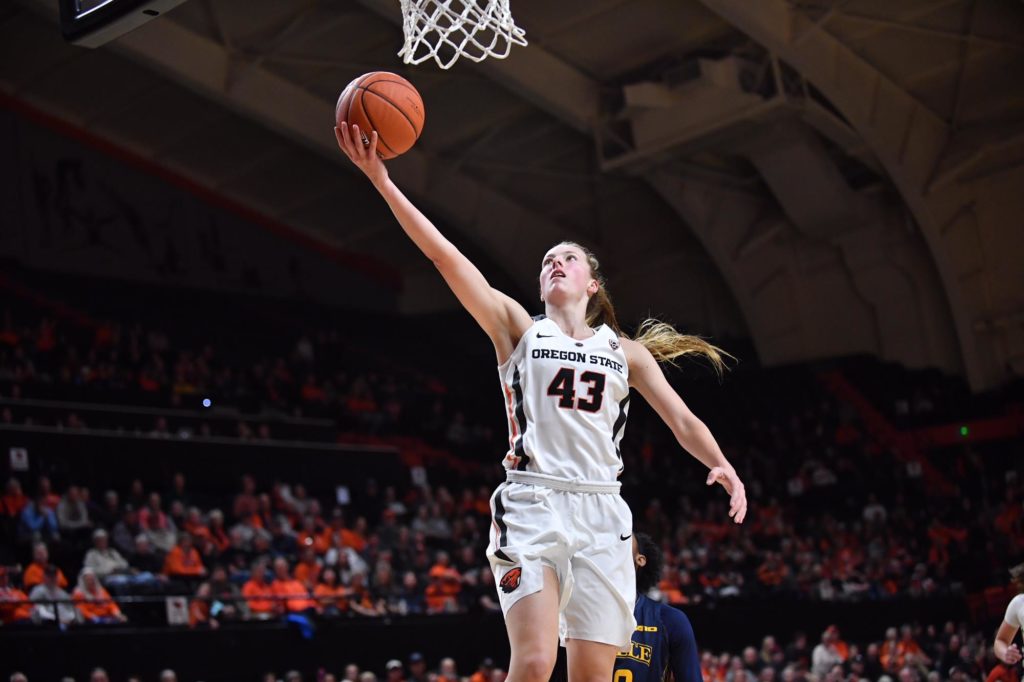 WHILE all of our Aussies Abroad in this series so far have been Seniors coming out of their final year in college, we switch it up to look at the talents of an Emerging Opal in Jasmine Simmons. The New South Wales basketballer is only in her Sophmore year and is not eligible for the WNBA Draft until 2022. With so much uncertainty around the COVID-19 global pandemic, Simmons is one talent who still has years to decide her future, with two more college seasons available to her to transform from a handy bench player into a strong starter.

Born in Mildura, Simmons stands at 180cm and only just turned 21 last month. Suiting up as a guard, Simmons averaged 11.7 minutes per game, the eighth most on her side. She also put up 2.8 points and 2.2 rebounds, with those numbers expected to increase over the next few seasons. Two of those ahead of her – Mikayla Pivec and Kat Tudor – are departing as Seniors, with Pivec’s guard role one that Simmons is more than capable to fill. Looking at her stats per 40 minutes, Simmons averaged 10 points and 7.5 rebounds which is solid and no doubt with more confidence and time on court, could further improve.

While her minutes might have been short, Simmons did play in 30 of Oregon State’s 32 games and recorded double-figure points twice, as well as an impressive eight rebounds in January. The Australian 21-year-old has already captained the Opals at junior level, leading the way at the FIBA Under-17 World Championships where she made the All-Star Five. As a player that has no problem dropping baskets and scooping up rebounds, Simmons is one who has a bright future regardless of where she eventually plays. She is a highly touted junior who was rated as the number one international shooter from the recruits ahead of her Freshman 2018/19 season, as well as seventh overall.

With two years left at college and undoubtedly plenty left to learn, do not be surprised if Simmons is a name that keeps reappearing not just on the Australian front, but internationally as well.