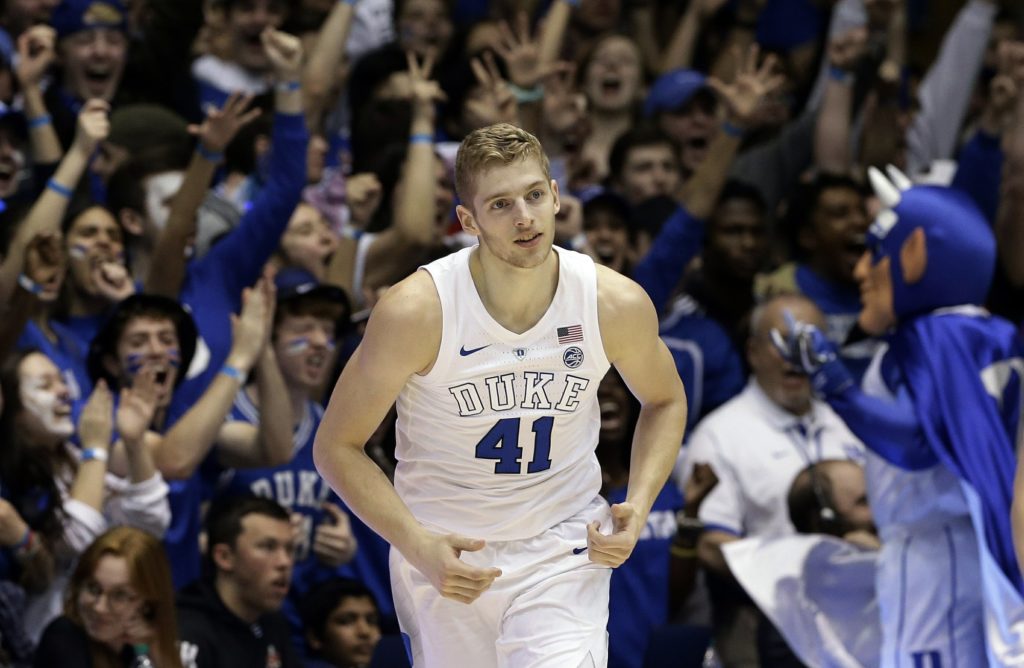 A PLAYER who arguably has one of the greatest cases to return to Australia after learning plenty in the United States is Jack White, who has completed his senior year at Duke University. Predominantly coming off the bench, White averaged 15.6 minutes in season 2019/20 for 3.1 points. 2.9 rebounds and about an assist, steal and block per game. Standing at just over 200cm, the Traralgon-born talent has been able to get court time in a stacked Duke line-up particularly remembered for its 2018/19 alumni.

Last year the the Blue Devils had Zion Williamson, RJ Barrett and Cameron Reddish tearing up the floor and scooping up all the minutes on-court. This did not stop White though, who in his junior year averaged the fifth most minutes at 20.5 per game. He also averaged the 6.3 points, 4.7 rebounds and 1.1 blocks, shooting at 27.8 per cent from long-range which was his most used shot. He only made 34 attempts from inside the arc for 20 makes at an accurate 58.8 per cent, but with the names in the starting five, it is no surprise to see him outshined when it came to talking up big-name players.

Nonetheless, White held his own in that stacked team, and he was expected to become a crucial player in the 2019/20 season. His numbers dropped off as his minutes dropped and a Sophmore in Trey Jones continued his development as one to watch, going from the fourth option in a remarkable Freshman year with those ‘Big Three’ to being the star player alongside a new Freshman in 208cm center, Vernon Carey Junior. The pair shouldered the bulk of the scoring with a combined 34.3 points and 13.0 rebounds, while Jones was the playmaker with 6.4 assists.

White still managed to play his role, but others overtook him on court with the Blue Devils program being such a successful one. He had a poor start to the season, picked up midway through with an 11-point, six-rebound and three-steal game against Wake Forest, but it would be the only time he recorded double figures, with just two points to show for his last nine games, only two of which saw him reach double-figure minutes as Duke considered its future prospects.

White is a player who could genuinely return to Australia and try and have an impact at NBL level, or regain the confidence he showed around some of those elite talents last year by being the star centrepiece in an NBL1 outfit.