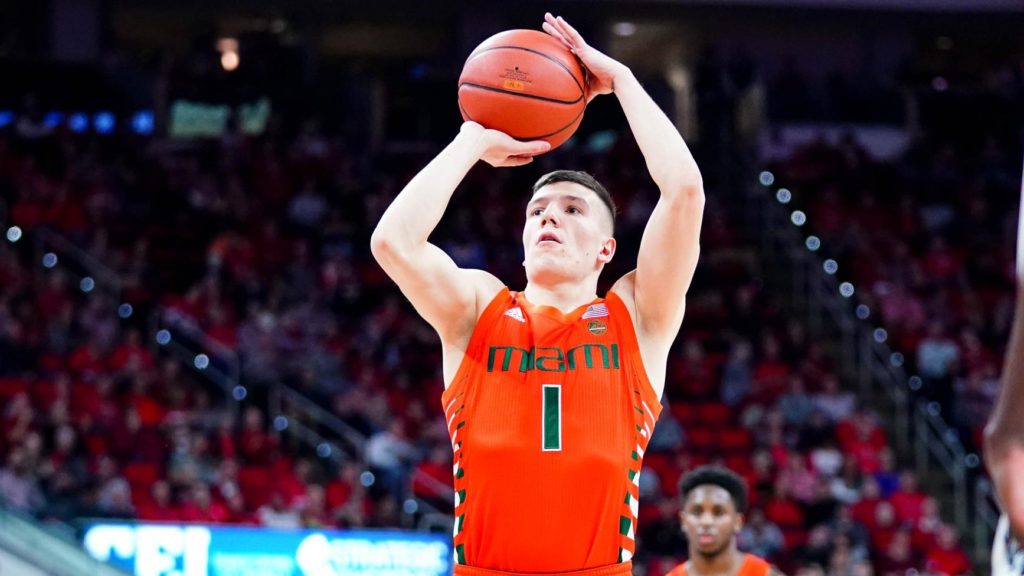 IN an Aussies Abroad first, we look at a player with dual nationality in Dejan Vasiljevic. The 190cm shooting guard qualifies as both Canadian and Australian after being born in Calgary, but grew up Down Under. Having finished his Senior year with Miami, Vasiljevic has a big decision to make about his future, but also the fact that there is still much uncertainty about when any basketball competition in the world will return to the court in light of the COVID-19 pandemic.

The biggest asset Vasiljevic has is his three-point shot which in 2019-20 returned an accuracy of 34.3 per cent, with a two-point efficiency of greater than 50 per cent. He played 30 games and averaged 33.7 minutes per match in them, putting up numbers of 13.4 points, 4.3 rebounds and 1.0 assists per game. In his most recent games, Vasiljevic put up back-to-back 17-point games as well as as average of 4.5 rebounds in that time. His best game from that perspective came back in November against Quinnipiac where he recorded a double-double of 13 points and 10 rebounds, then the next week dropped 25 points on Missouri State.

His shooting has improved over time, and Vasiljevic has shown great resilience to come back from a stress fracture in his foot which he suffered in his Sophomore year. The injury helped him recover stronger and came back with better numbers than before in his Junior year. He continued that form into his Senior season, but the future is still unknown for the Australian big. He was a member of the Emerging Boomers side that played at the 2019 World University Games, averaging 20.5 points, 3.5 rebounds and 1.3 assists there.

He might not be headed to the NBA, but with his college experience in the States, do not be surprised if Vasiljevic ends up back in the National Basketball League (NBL) where he can be a deadly force from beyond the arc. Given his three-point shooting is something clubs have in high demand – just look at John Roberson at the Phoenix – then expect there to be a few phone calls if he decides to return home.