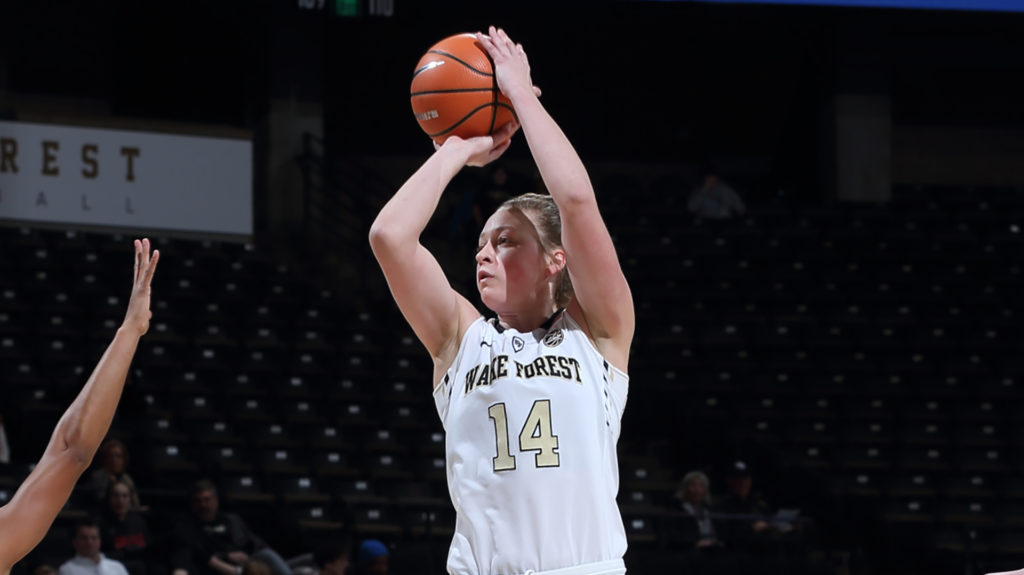 WITH so much uncertainty surrounding the COVID-19 global pandemic, there is still much excitement surrounding the WNBA Draft which is this Friday, and we take a look at one of the top Australians who has been impressing in the NCAA1 for Wake Forest University.

Alexandra Sharp is eligible for Friday’s draft and has put in a solid effort off the boards for the Demon Deacons this season. She has averaged 12.3 points, 8.8 rebounds and 2.0 assists in her 32 games from 34.2 minutes, shooting at an efficient 40.2 per cent from three-point range. Her two-point shot could improve at 43.4 per cent, but she is strong once she gets to the foul line, putting down 78.6 per cent of her attempts.

Sharp has been working well with Ivana Raca off the boards, recording the second most points and a team-high rebounds this season. She had similar numbers of 12.7 points and 9.3 rebounds per game in 15 appearances last season, as a broken hand curtailed her season after a promising couple of years. She got back up for her Senior year and performed strongly, also being named in the Emerging Opals squad amongst a host of WNBL talent for the 2019 World University Games.

Sharp has not been named on any mock drafts for the upcoming WNBA Draft, but her talent is evident and it will be fascinating to she what she does in the future. Like many young Australians who go away to college and might fall short of the WNBA, the former Australian Institute of Sport baller is likely to have a strong international career in the green and gold. Perhaps the 185cm rebounding talent could return to the court for a Melbourne Boomers or Southside Flyers outfit already brimming with plenty of Opals, or she could head further up the highway from her Greensborough roots to play with the Bendigo Spirit.

One thing is for sure, if Sharp returns to Australia as many expect she would, there will be no shortage of clubs lining up for her signature.