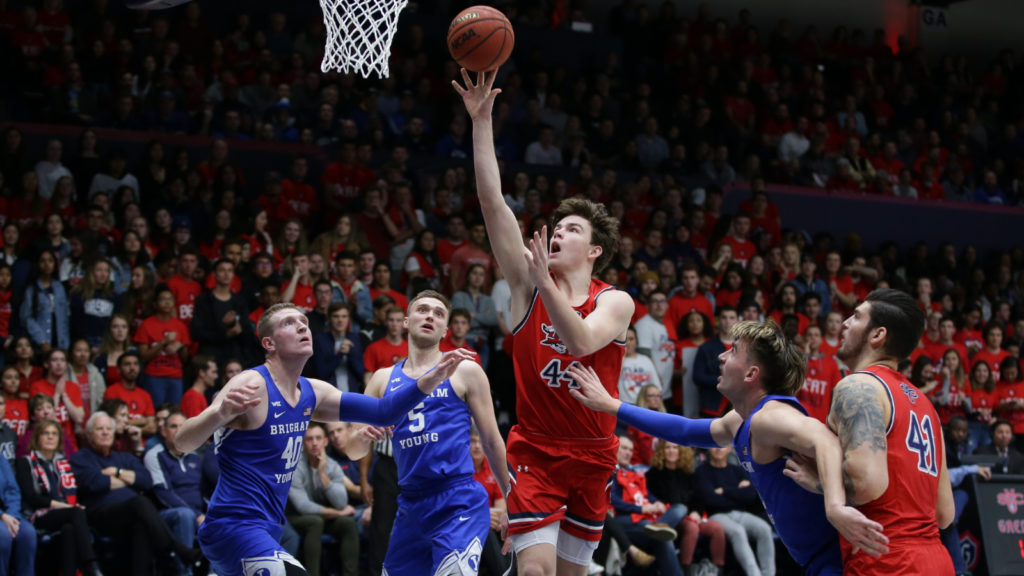 FOLLOWING on from Kyle Bowen‘s profile of Aussies Abroad yesterday, we take a look at a teammate and fellow West Australian, Alex Ducas who has joined Bowen in the States. In fact, Ducas has a similar pathway to Bowen and the connection has continued to the fact they are running out together for Saint Mary’s Gaels in the NCAA. In his first season at the college basketball side, Ducas has averaged 3.6 points and 2.2 rebounds off 15.1 minutes.

His shooting accuracy has been impressive with his three-point attempts at 41.4 per cent and his free-throw efficiency sitting at 75 per cent. Having got on court 33 times in the 2019/20 season, Ducas has become a valuable contributor coming off the bench as a guard. His season-high came against Seattle Redhawks back in December when Ducas put up 16 points and eight rebounds. Ducas picked up double-figure points twice more for the season, with his three-point shooting an impressive aspect of his game with four from five successful makes in that win over Seattle.

Like Bowen, Ducas has already graduated through the Basketball Australia Centre of Excellence, where he played 12 games in the 2019/20 National Basketball League (NBL)1 season. In that time he had 19.2 points, 4.1 rebounds, 1.9 assists and 1.2 steals per game, showing off his three-point darts with an accuracy of 43.8 per cent. With his deadly range and an ability to go inside as well (48.5 per cent), the 198cm guard has a dual impact as a close or long-range scorer. Also like Bowen, Ducas is only in his first year as a freshman, and has three more seasons to ply his trade for St Mary’s. With so many familiar faces on the roster at the Gaels, expect Ducas to be able to continue his development there and become a strong player off the bench, particularly with more experience and minutes.

Ducas has already had international experience, spending time at the NBA Global Academy and being one of only 43 prospects who was selected to participate in the Basketball Without Borders Global Camp. At the Under 20 Australian Championships, Ducas averaged 19.5 points per game and was one of the strong performers in the green and gold, something he will likely get plenty of chances to don in the future.