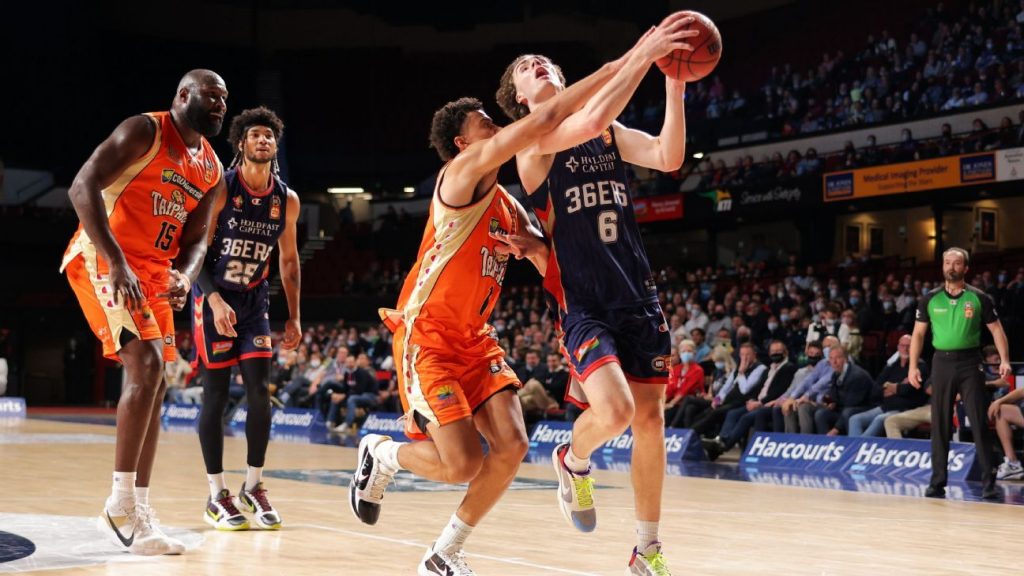 ADELAIDE 36ers got the job done against Cairns Taipans in convincing fashion to keep them within touching distance of the NBL21 top four, 92-76. It was a well-rounded performance from the 36ers who had a number of contributors across the board, and with their side returning to full strength they are in ominous form heading into the backend of the season.

The win puts them in good stead for the rest of the season as they sit on a 12-16 ratio as the combinations between their key players really start to solidify. Big wins against some of the higher-ranked sides such as Illawarra and Perth will fill them with plenty of confidence but they will need to replicate that form on the road if they want to be taken seriously.

It was one-way traffic in the opening term as Adelaide pounced on every opportunity that came their way and stopped Cairns in their tracks thanks to their defensive nous and pressure. Going on a 10-point to one run, the momentum well and truly lay with the 36ers who managed to find their way to the basket with ease. Brandon Paul got busy early and was a driving force for the 36ers as they skipped out to an 18-point lead while limiting the Taipans to a mere nine points in the first quarter of play.

After a scintillating start to the game it took a while for Adelaide to rediscover their scoring momentum with their first points of the second quarter not nailed until the seven-minute mark. But once they got going the influence of Paul and Daniel Johnson was profound as the duo caused all sorts of trouble on the scoreboard. Establishing a 23-point lead with a tick under five minutes to play in the first half, Cairns rallied and the tide started to turn as they discovered their mojo. Playing with more conviction across the court and a renewed sense fight thanks to Majok Deng, the Taipans were able to cull the margin down to 16 points at the main break.

With the Taipans hitting back in the second and actually winning the quarter, the 36ers flexed their muscles in the third thanks to rookie Josh Giddey. After a quiet opening half, Giddey imposed himself on the action hitting a triple and converting a couple of layups. It did not stop there as he also laid a handy block on Venky Jois as his sides lead bypassed the 20-point buffer once more. Overall the scoring dried up in the quarter with 13 and 11 points respectively but it was the 36ers that remained in the lead.

The momentum lay with Cairns in the final term as they nailed 29 points to 23. Deng was a consistent presence for the Taipans using his scoring prowess to add some respectability to the scoreline while the workrate from Scott Machado also started to come to the fore. Despite the Taipans rallying, Adelaide withstood the pressure as Jack McVeigh and Tony Crocker plied their trade.

It was an even spread for the 36ers as they collected an important win but it was Paul that led the charge with his double-double of 18 points and 10 rebounds while also amassing five assists and three steals. Although Giddey did not live up to the hopes and dreams of fans given he did not record his third triple-double he still managed to have an influence in the win with 15 points and six assists. Johnson and Crocker both managed 15 points apiece, with Johnson imposing himself off the boards to finish with 10 rebounds.

Coming back from a 16-game layoff due to injury, Deng came out with a point to prove for the Taipans sinking 16 points and creating six rebounds. Jordan Ngatai made a name for himself in this clash to be the only other player to manage double-figures thanks to his 12 points at 66 per cent from the field. Tad Dufelmeier got busy in the loss with nine points, four rebounds and three assists as eight proved to be the magic number for Mojave King, Machado, Jois and Nate Jawai with the quartet all knocking back eight points apiece. King also managed six rebounds while Jois collected nine rebounds.