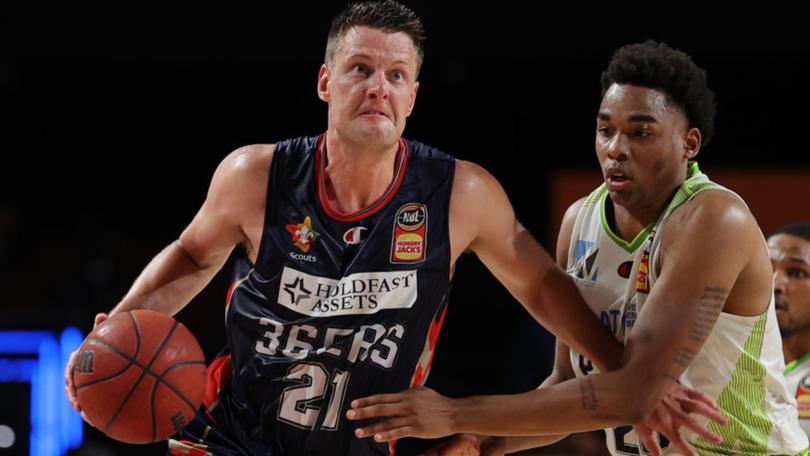 ADELAIDE 36ers prevailed in a National Basketball League (NBL) classic, pipping South East Melbourne Phoenix at the post by five points (99-94). The contest had its fair share of twists and turns resulting in multiple lead changes as they wrestled for momentum and continuity to establish dominance. But it all came to a head in the dying seconds of the game with the Phoenix gifted a chance to clinch victory but unable to capitalise on their chances, handing the 36ers a much needed win.

The 36ers wasted no time hitting the scoreboard with Josh Giddey opening the account within the first minute announcing his intentions. He was quickly answered by Cam Gliddon as the two sides went blow for blow in the first quarter sitting at 19 points apiece. The overall scoring increased for both sides in the next term with Adelaide and South East Melbourne settling into a rhythm in attack. Giddey continued his merry way as Isaac Humphries also got busy in the term to create some separation with the lead pushing out to as many as seven points with two minutes to spare in the half. But the Phoenix buckled down eating into the margin and attacking each opportunity that came their way to get back within one point at the break.

After losing their seven-point lead, and the Phoenix stealing the lead in the first minutes of the second half Adelaide kicked into gear as the quarter went on. They came out to prove a point smothering their opponents every move to re-establish their hold on the game and put the Phoenix on the backfoot. They went on somewhat of a scoring spree, dictating the flow of the game and using their bigs to influence the contest and produce a 13 point lead. Staring down the barrel of their fifth loss, Phoenix rallied with Mitch Creek taking centre stage and controlling proceedings for the side as they went on a 16 point to two spree. Gliddon made things interesting with 12 seconds to play landing a layup to get it back within three points but that is where it stopped with Adelaide doing just enough to hang-on.

The victors were stronger in the field shooting at 52 per cent after converting 38 out of 73 attempts while Phoenix only managed 41 per cent. However the script was flipped when it came to three pointers with South East Melbourne sinking 12 at 41 per cent compared to Adelaide’s seven at 35 per cent. On the rebounding front the 36ers flexed their muscles with 44-36 while they also collected more blocks (4-2). The Phoenix shared the ball around amassing 27 assists to 20 while also registering six steals to the 36ers’ four.

Daniel Johnson was the topscorer for Adelaide leaving no stone unturned with his 27 points at 62 per cent proving to be a real thorn in the Phoenix’s side. Johnson also reeled in 11 points to collect another double-double while Humphries also effectively chimed in posting 24 points. Humphries further added to his stats sheet with 11 rebounds, nine of which were defensive, two blocks and an assist. Giddey was a major influence on the outcome nailing 15 points, seven rebounds and 10 assists highlighting his skill with ball in hand. Tony Crocker was the only other player for Adelaide to reach double-digits thanks to his 10 points as Sunday Dech plied his trade off the boards with five rebounds.

For the Phoenix, it was Creek that lead the charge boasting a tally of 23 points, 13 rebounds and eight assists in an all-round strong performance. Gliddon also featured highly for the Phoenix thanks to his 18 points, three rebounds and four assists as Ben Moore made his presence felt nailing 13 points, and six rebounds five of them offensive. Teammate Yannick Wetzell finished with 12 points but could have had more given his accuracy was only at 44 per cent from the field while also securing seven rebounds.