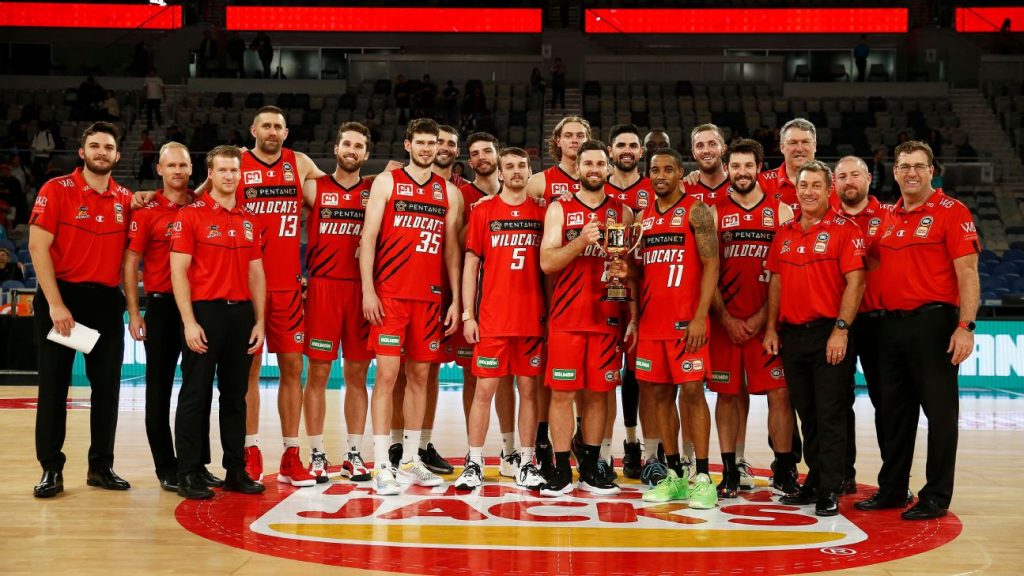 THE Perth Wildcats have completed the biggest comeback win this season after overcoming a 26-point deficit to beat the Adelaide 36ers 97-88. An incredible second half display left fans stunned as the usual suspect in Bryce Cotton dropped 34 points to lead the way for his side. After being completely outplayed in the first-half, Trevor Gleeson rallied his players into providing that energy and aggression we have known Perth to ooze night in and night out.

It was the final game of the NBL Cup which Perth had already sewn up, but valuable season points were still up for grabs in what was the first meeting of the two sides this season, and the first game in which the highly anticipated Brandon Paul was suited up for.

After an evenly poised start, the Wildcats found themselves in early foul trouble and after gifting five shots from the charity stripe to Paul, the 36ers were on their way to a 12-0 run to close out the quarter.

Adelaide hit 10 free throws in the first quarter alone, and with Josh Giddey facilitating and players knocking down their shots, they would have secured a handy enough lead as it was. The 28-15 quarter time score line, however, was largely due to Perth shooting 5-20 including 2-11 from deep.

A big lift early was what they needed, and after a Cotton four-point play and a John Mooney three for his first field goal of the game, the lead was back to eight. The deep ball then became a weapon for the 36ers as Sunday Dech and Jack McVeigh found success multiple times from deep after Paul knocked one down earlier.

Things started to snowball for Perth from here as Daniel Johnson crashed the offensive glass, Paul caught a lob pass and stuffed, and then knocked down a couple of threes which made it the game-high 26-point margin. Paul had 16 first-half points in 11 minutes, Giddey notched up assist number 10, and the 36ers had 60 points in 20 minutes of play.

They had four players in double digits scoring, they shot 27 per cent better than Perth, had 28 bench points to five, and had a 21-point lead against an in-form Wildcats side. But that was where it stopped.

The energy from Perth at both ends was different from the start of the second half and they had five contributors at both ends. High activity and intent led them to a staggering 17-0 start to the third quarter as Adelaide was turning the ball over unlike the first half and shot 0-6 before a Giddey three stemmed the bleeding.

They finished the quarter outscored 8-25 on the back of 3-13 from the field and seven turnovers as Perth even won back the lead at one point with ease.

The final quarter was the Cotton show as he made his way to 34 points and completed the 30-point second-half turnaround. They still finished the game shooting at 38 per cent, but their 19-5 offensive rebounding advantage gave them 13 more shots. They tidied up their ball use in the second half (six turnovers to 10) and benefited from Adelaide’s misuse with 20 points from turnovers to four.

Perth also conceded just two more free throws after quarter time which came with a minute left in the game, managing to shoot 23-25 from the line themselves.

Cotton had assistance from Mooney (17 points, 15 rebounds) and Todd Blanchfield (20 points, five rebounds) but credited the squad’s mindset and attitude for their turnaround.

“We just played with a lot of heart,” he said. “We got some stuff off our chest in the locker room, coach gave us an earful as well, but we came out and we played Wildcats basketball.”

Adelaide enjoyed a good spread of scorers for particularly the first half but dropped off in the second. Paul put up big numbers on debut with 25 points on 50 per cent shooting, while Giddey had another double-double with 14 points and 13 assists to go with eight boards. Johnson (14 points, seven rebounds, and Dech (12 points) were serviceable, while McVeigh continued to provide that spark off the bench with 12 points.

The Wildcats return home to face the Taipans at RAC Arena on Friday night, while the 36ers stay in Melbourne to play the red-hot Phoenix on Saturday.