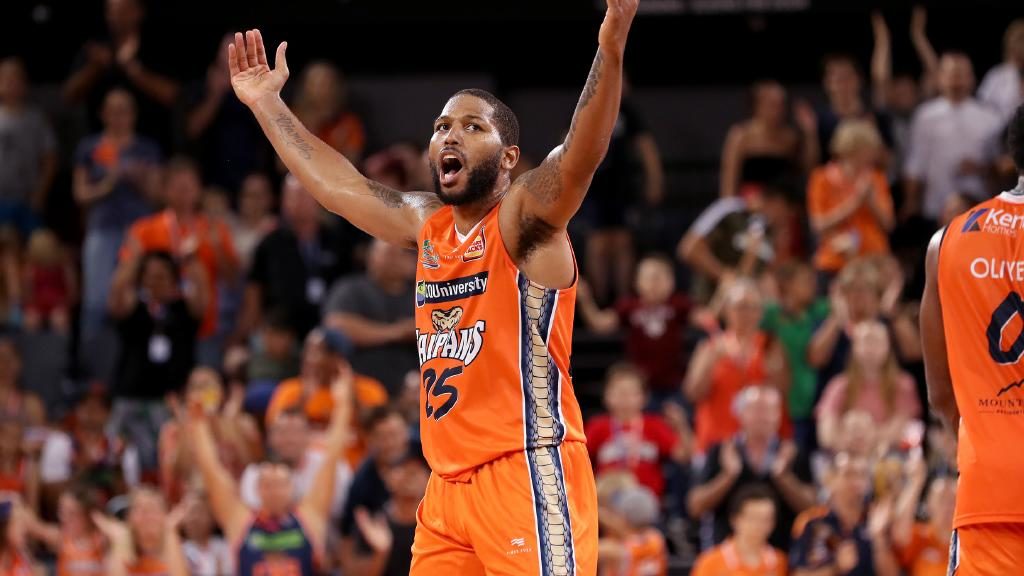 WITH the end of Round 10 signifying the midway point of the season, discussions have started to circulate about who’s looking at making the NBL Finals come late February, as well as who stands out as title favourites this campaign.

The obvious favourites so far this season can easily be argued as the Sydney Kings, who for the first time this season gave up back-to-back losses against two top four teams but have collected a stellar 11-3 record with just one loss at home. While the Perth Wildcats, who sit just a game and half behind them on 10 wins and five losses, can be debated as the second option. But, given the last month of basketball that we have seen across the league, there’s a team in the Cairns Taipans that has regained a winning form of basketball that we haven’t seen in a long time, winning five of their last seven contests, including their statement win, toppling the ladder-leading Kings away at Qudos Bank Arena this past Sunday by a convincing 11 points.

The only blemishes on the Taipans’ record since November 9, have both uncharacteristically came at the hands of the Illawarra Hawks, who sit on the bottom of the standings.

Nevertheless, for a team with no players in the Starting Five from last season (when veteran center Nathan Jawai is not on the floor) playing this season, this squad seems to be gelling relatively well as of the last month and Head Coach Mike Kelly credits being more aggressive with his team’s opportunities.

“I think we’ve gone back and looked at what we’ve been doing and tried to turn it into more of an attack mode,” said Kelly in a post-game presser after their win against the Kings. “It’s gonna go up and down, there’s gonna be ebbs and flows when you have shooters, but guys are making shots and guys are gonna keep making shots.”

What is different this season?

Since Kelly was appointed head coach at the start of the 2018/19 season, his road has been anything but smooth and straight, winning his opening match at the helm, then going on a 14-game losing streak finishing dead last at the end of the season. To gauge the turnaround, Cairns finished last season with a total of six victories. Following Cairns’ victory over Sydney this past Sunday, the Taipans secured their seventh win and it’s only the midway point of the season. Not only has Kelly’s coaching record started to improve, but the players themselves are fitting into the system like pieces in a jigsaw puzzle, led by their fearless leader in Scott Machado. Kelly’s team relies heavily on their shooting to keep them in games, averaging 92.5 points per game as a team, but it’s their defence that is getting them up the ladder, as they rank the second-best defence in the league, allowing only 90.8 points per game for their opponents.

One of Cairns’ primary weapons that was showcased over the weekend was their backcourt. Their ability to push the game tempo and confuse the defence over the weekend against the Breakers and the Kings proved how much space they can create for the rest of the team. Cairns’ first year import guard Machado has been the Taipans’ main facilitator so far this season, averaging close to a double-double, scoring 15.9 points per game whilst also dishing out a league leading 8.4 assists per game. Recently he has increased his productivity for Cairns, significantly over the past month, evidenced by his past five games. Since the Taipans last encounter with Perth, Machado has averaged over 18 points per game and has managed to fall one assist shy of 10 assists per game over this period, staking his claim at the top of the point guard crop this season. His partner-in-crime and fellow guard D.J. Newbill is thriving within the new core group set up by Kelly. As a result of the new inclusions at the forward and centre positions, Newbill has decreased his rebounding workload from last season and as a result, has increased his output on the scoreboard going from 14.6 points per game last season to 18.1 points per game this season, shooting at a stellar 48 per cent from the field.

For the Taipans’ frontcourt, both Kouat Noi and Majok Deng have found their rhythm lately, being instrumental and lethal in their shooting. In the game against New Zealand on Friday, Deng shot the lights out gathering 20 points off the bench, while going 66 per cent from the field as he was a handful for the Breakers in just 24 minutes of court time. But it was Noi who took over the reins in their second matchup of the weekend against the Sydney Kings. He lit up Qudos bank Arena going eight out of nine in his shooting efforts (88 per cent), as well tallying five rebounds in the process. He finished his game with 22 points and went five from six at the free throw line in 26 minutes of play, proving himself to be a valuable asset to this season Cairns Taipans starting line-up.

Noi attributed Sunday’s win against Sydney in the post-game press conference to good preparation in the lead up to the game and highlighted the spacing on the floor provided by Machado’s aggressiveness.

“Having a pass-first point guard, opens up space for the shooters, especially for me and Mirko [Djeric] and Dj as well, and even [Machado] driving in opens up the lane for Cam and Nath to score the ball,” Noi said. It also helps that under the guidance of sixth-year Taipan legend and future NBL Hall of Famer Jawai, Noi, Deng and import Cam Oliver are showing positive results in the Taipans’ frontcourt and with the finals fast approaching, every game matters that much more.

If you thought last week’s games were important for the Taipans, then strap in, as Cairns has its chance to really cement itself into the title conversation. Up first, the boys in far-north Queensland host the red-hot Wildcats at the Cairns Convention Centre on Thursday night, a team fresh off the back of breaking the single quarter record for points (40) in a quarter this past week against the Kings. As well as looking at closing the gap at the top of the table, Perth guard Bryce Cotton who averaged 26.5 points over the weekend will face off with Machado in what looks to be the matchup of the round.

Following Thursday, the Taipans head south for cooler weather, as they square up to a Phoenix squad on Sunday looking to break their recent slide in results as they’ve lost four of their last five contests. The Phoenix sit a single spot below Cairns in the standings, so if they follow Simon Mitchell’s game plan of deadeye shooting and high-octane offence through the weekend, his side might just regain the top four spot they held less than a week ago.