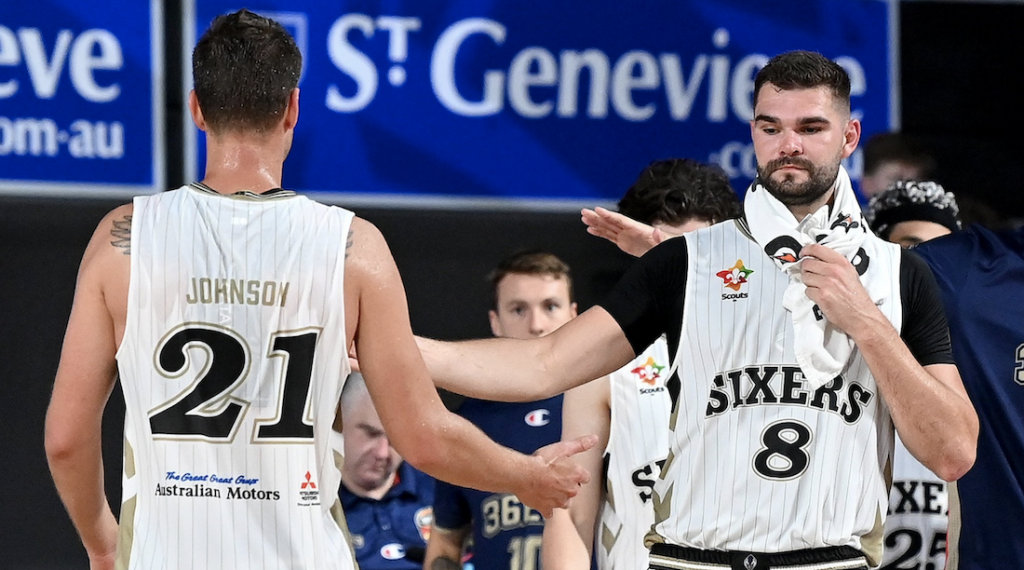 A SOMEWHAT poor performing team in front of their home crowd, the Brisbane Bullets’ average home record has now dropped to two wins and four losses after suffering a 70-85 loss to the Adelaide 36ers. On the other hand, the 36ers have emerged successful in their first away encounter of NBL21, signifying that the team is more than capable of holding their own outside South Australia.

The feeling inside Nissan Arena seemed to have one of excitement, yet also anxiousness given that if the Bullets were going to fall last night, it would mean a detrimental start to the early stages of the season and some further lost footing in the standings.

For this reason, it was not a shock that Brisbane started off on the right foot going up 19-16 at the conclusion of the first quarter with Nathan Sobey beginning the start of his spectacular night with nine points in the opening 10 minutes.

Unfortunately for Andrej Lemanis’s side, the efficient work on the offensive end would not flow over into the second quarter, being held to just 13 points in the term by Adelaide – who themselves scored 23 points in the same amount of time.

Due to the dominant second stanza, the 36ers swung the scoreboard in their favour to lead 39 to 32 at half time. The twin tower combination of Isaac Humphries and Daniel Johnson caused all sorts of headaches for Brisbane on the defensive end, as they hammered their opponents in the paint and around the rim.

As baskets did come few and far between for both rosters, this trend continued for a third straight period with a combined 28 points leading up to the fourth. But down by only five points with 10 minutes left on the clock, the hometown fans had plenty of confidence that their team could make up the difference.

A few key plays from Sunday Dech and Josh Giddey quickly dented the hopes of Brisbane’s comeback mission, as again Humphries and Johnson continued to grind down Tyrell Harrison and Harry Froling in particular. With Tony Crocker finding his stride late and Brendan Teys getting in on the action, Adelaide had built themselves a monstrous 21-point lead in the middle stages of the last term and left Brisbane in their wake.

All Conner Henry had to do was stick to his guns, as the 36ers cruised through the remainder of the contest confirming a 15-point victory and pressuring Illawarra’s second placed position in the standings.

The Bullets made their shots count from free throws, shooting 80 per cent at the line and outscoring Adelaide 18 to 12 in points off the bench. But Adelaide emerged superior in all other statistical categories, most prominently their 50 per cent conversion rate from the field, completing 34 of their 68 attempts last night. Being triumphant in areas such as rebounds, assists and second chance points, the Sixers finished the contest in dominant style to say the least.

Another example of dominance was the performance that Humphries put on yesterday, where he finished his night with 24 points, 13 rebounds and six blocks. Fellow frontcourt member Johnson ended with 21 points, four rebounds and three assists, as Crocker was the third of three Adelaide individuals to crack double digits with 11 points and six rebounds. Lastly, finishing with a quiet nine points and seven assists was young gun Giddey in over 33 minutes of play for the rookie.

It was a one-man band for the Bullets, which highlighted a lack of contribution as a group for the hosts. Scoring only 70 team points, Sobey would account for 25 of them. Along with his 25 points, he would also add three rebounds and a pair of assists. For Vic Law, he would finish with nine points and 10 rebounds in a lower scoring effort than previous showings.

Round five’s two-game series between the 36ers and the Bullets will continue on Monday night in Adelaide, as the latter are in desperate need of a positive result before they fall into an even deeper hole on the ladder after falling to two wins and four losses. Adelaide looks to improve to six wins and three losses if they are to come out victorious tomorrow night.