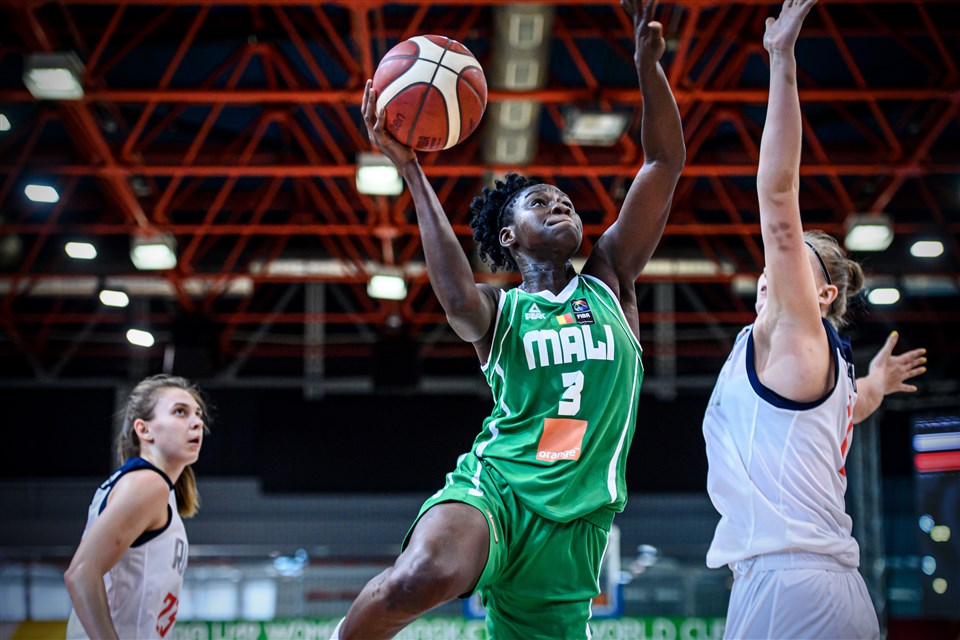 SOME terrific last quarter efforts by Australia and Mali helped them book their places in the 2021 Under 19s World Cup women’s semi-finals, with powerhouse favourite the United States and home nation Hungary also securing spots.

Australia booked its place in the semi-finals with a dominant final term after Canada looked like taking the spoils heading into the last quarter. The Aussies led by seven points at quarter time, but that was reversed by the North Americans in the second term to head into the main break all square. Canada continued its momentum into the third term by putting up 19 points to 13, before Australia came to play in the fourth, finishing with 29 points to 12 and running away with the 11-point victory, 72-61.

Nyadiew Puoch put up 25 points, seven rebounds and three steals in the win, with Jade Melbourne (20 points, nine rebounds, four assists and two steals) coming close to a double-double. Kate Deeble only managed the six points, but she was huge across the court, with seven rebounds, six assists, four steals and two blocks in the come-from-behind win. Shayeann Day (17 points, six rebounds and three assists) and Yvonne Ejim (10 points, 11 rebounds and two assists) were the two key scorers for Canada in the loss.

After a tight three quarters, Mali completely dominated Russia in a stunning final stanza to run away with a 22-point win to reach the semi-finals. The sole African nation in the final eight continued that form into the last four – the first time in history – thanks to an eye-opening 24-4 final term after leading by two points at the last change. Prior to that, the game had been neck-and-neck with Mali leading by four points at half-time and then Russia cutting it to a two-point deficit at the final break. That would change in the last quarter with Mali’s complete domination handing them the 69-47 victory.

Home nation Hungary booked its spot in the final four with a tight seven-point victory over Czech Republic. Taking control early, Hungary led by four points at quarter time and five at the main break, with the Czech Republic holding them at bay through the third term to remain at the same margin by the last change. Putting together a four quarter effort, Hungary scored 21-19 in the last term to win 78-71.

Julia Boros led the way for the home side with 23 points – four of seven from beyond the arc – and three rebounds. Eszter Madar picked up an impressive double-double of 17 points and 11 rebounds, as well as two assists. Reka Dombai (17 points, seven rebounds and seven assists) was the other key contributor for the winners. Dominika Paurova was a menace close to the basket for the Czech Republic, putting up 22 points and seven rebounds, leading her side with Valentyna Kadlecova (14 points, three rebounds and three assists) the other double-figure scorer.

The tournament favourites United States continued their dominant run at the Under 19s World Cup by downing Spain in a huge 34-point win. The United States piled on 50 points in the opening half, restricting Spain to 35 in an early show of strength. That continued into the second half, with a massive 29-14 third term to double the lead up to 30, then run out the game to win, 98-64.

It was a shared effort across the court for the United States with Caitlin Clark (17 points, two assists and two steals), Lauren Betts (16 points, eight rebounds and two blocks) and Sonia Citron (15 points, seven rebounds and three assists) all stepping up on the scoring front. Payton Verhulst (13 points – three of four from beyond the arc – and five rebounds) was the deadly long-range shooter. Spain had a duo that did most of the scoring in Claudia Contell (20 points – four of seven from beyond the arc – six steals, three assists and two rebounds) and Gisela Sanchez Iznajar (13 points, three assists and two rebounds) stepping up.