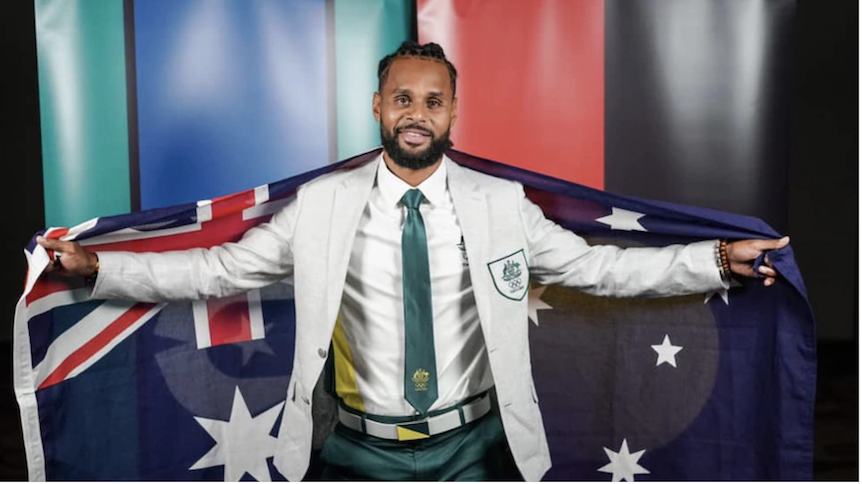 THE Olympics rolls around every four years, or in this case five given the current climate with the ongoing COVID-19 pandemic. But with that it provides an opportunity for the best athletes and basketballers to culminate in one spot and represent their country. With players stemming from all different leagues and countries expect an action packed couple of weeks of high class basketball both in the men’s and the women’s. Draft Central takes a look at some of the standout players from each nation and potential medallists.

It is fair to assume that the US will once again take out top spot in Group A with the nation renowned for its basketball excellence and sheer star power. The US currently hold the number one ranking in the world, and will be keen to keep that tradition running with a convincing performance in the group stage but will be tested against the likes of France who are likely to give the US a run for their money. Iran and Czech Republic are on the lower end of the FIBA standings but that does not mean they will not be tough competitors.

When looking at top performers it is hard to go past the services of Kevin Durant who has tasted his fair share of success both on the national and international stage. Durant has received a wealth of accolades such as MVP awards in the NBA to being named in the All-NBA team. But one thing he is yet to secure is the coveted gold medal and this could be his opportunity for the US. Playing alongside the likes of Damian Lillard, the up and coming Jayson Tatum and Draymond Green, America are nicely poised to push for a gold medal. Having just won the NBA title with Milwaukee Bucks expect the likes of Jrue Holiday and Khris Middleton to have a real fire in their belly to keep that winning momentum happening and to add to their growing trophy cabinet. Rudy Gobert will be the main player in focus for France given his reigning NBA Defensive Player of the Year while Nicolas Batum is also a livewire. Tomas Satoransky has proven that he can be a match winner for Czech Republic and will need to unlock that level of heroics throughout the Olympics to give his side a chance.

The Boomers have enjoyed a rapid rise over the past couple of years and have showcased their dominance in their past couple of outings with a huge upset win over the US. With this level of momentum and victories already against the likes of Nigeria expect Australia to lead the way in Group B and secure top spot. Nigeria are currently 22nd in the world and will be hoping to increase their standings, while Italy is nicely poised in 10th and will be eager to string together some strong consecutive performances to assert themselves on the contest.

There will be plenty of key contributors across the board but when looking at the Boomers there are a couple of standouts with flagbearer and fan favourite Patty Mills likely to set the court alight. Expect the San Antonio Spurs representative to set the tone with his constant hustle, speed and drive across the court while Joe Ingles is another one to keep an eye on given his NBA experience. Chris Goulding and Jock Landale have been in fine form coming off premiership glory with Melbourne United in the NBL. Throw in the likes of NBA draft hopeful Josh Giddey and the Boomers are shaping up nicely to be real gold medal contenders if they are able to put out consistent high level performances. It has been a while since Germany have competed in basketball but Washington Wizards guard Isaac Bonga will be hoping to make an impact, while for Italy keep an eye out for the experienced Nicolo Melli. Nigeria have eight players currently in the NBA highlighting the extreme depth the nation has, making for an exciting pool of action.

Group C is going to create plenty of intrigue with the host nation, in Japan the lowest ranked country heading into the event. It is the first time that Japan has competed in basketball since 1976 and they will be hoping to improve their output this time around. However it will not be easy up against the likes of Spain who hold second spot in the FIBA rankings, while Argentina are also no easy beats given their fourth placed ranking. Expect the contest between Argentina and Spain to be enthralling as the two nations go head-to-head in order to secure the number one position in the group.

There is no denying that Luka Doncic is the main draw card for Slovenia with the guard an imposing figure in the NBA and likely to bring that attitude into the Olympics. Expect Doncic to carry the weight of his nation and lead from the front to give his country a chance to propel past the group stage. For Japan, Yudai Baba will hoping to use his NBL experience to full advantage when he takes the court, while both Rui Hachiamura and Yuta Watanbe are also imposing figures both in stature and game play. Watanbe stands at six foot nine inches, and will not be overwhelmed by the bigger bodies credit to his three years with the Toronto Raptors in the NBA. All eyes will be on Argentinian veteran Luis Scola who is suiting up for his fifth Olympics campaign while Spain are littered with match winners. For Spain they have a couple of tried and tested campaigners that will be eager to lead the way with Marc Gasol and his brother Pau Gasol more than capable of hitting the scoreboard while Ricky Rubio should not be underestimated.

Group A is the most stacked pool with three nations inside the top 10 all competing. With the men not qualifying for Serbia the hopes of a nation rest on the shoulders of the women’s team. Serbia are more than capable of dominating and have proven that time and time again. But the pool is littered with top contenders as Spain are no slouches and in fact sit higher in the FIBA rankings currently holding onto third spot while Canada is hot on their heels sitting in fourth spot. The battle for prime position will go right down to the wire.

Regulars at the Olympics, Canada will be hoping that their big names such as Kia Nurse and Natalie Achonwa are able to step up to the challenge and pave the way. Nurse is no slouch and has a wealth of accolades to her name having played both in the NBL and NBA. For Spain, expect the likes of Astou Ndour to lead the way given her WNBA experience if she is to assert herself on the competition.

The US will be eager to maintain their number one status and take out the top of the table for Group B. They are renowned for their depth and talent but will have to be on their a-game up against the likes of France who have proven to be real fighters. Japan will be hoping to do their nation proud and create a couple of upsets, while Nigeria sit 17th in the world but are more than capable of causing upsets aplenty.

USA have the weight of the nation on their shoulders as they look for their seventh straight gold medal at these Olympic games. Littered with star players across the court the US will be hoping that the likes of Ariel Atkins, Breanna Stewart and Sylvia Fowles are able to step up to the plate and dominate. As one of the most experienced heads out on court expect Sue Bird to have a huge influence on team USA when things get heated. France will be hoping that they are able to rally together to generate some real momentum with the likes of Marine Johannes at the helm.

Australia would be quietly confident heading into the group stage of the Olympics having knocked off the US only weeks earlier and with a head full of steam. The Boomers are locked into second spot on the world standings with Belgium likely to be their toughest competitors in the early stages given they are ranked sixth. China are no easy beats and will be hoping to hit their straps to rise up the ladder while Puerto Rico will be hoping to leave nothing in the tank and make a name for themselves.

The Opals will be without the services of Liz Cambage but that will not stop them as the likes of Ezi Magbegor and Bec Allen look set to take the reins. Throw in the likes of Steph Talbot and Leilani Mitchell and Australia have a strong cohort of players able to impose themselves on the contest and score easily. Having qualified for their first Olympics expect the likes of Belgium representative Emma Meesseman to lead the way credit to her WNBA experience and finals credentials.