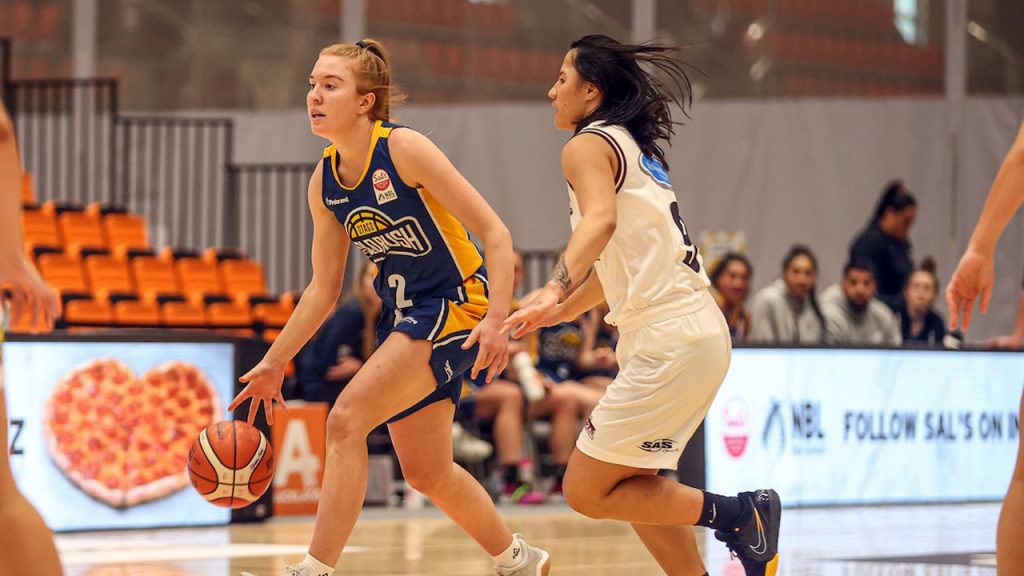 The 2021 Sal’s New Zealand National Basketball League (NZNBL) season is right around the corner with 33 games to be played across five action-packed weeks. As we look forward to the first tip-off, Draft Central will be previewing each of the six teams competing for championship glory, continuing with the Otago Gold Rush.

Led by Coach of the Year Gavin Briggs, Otago made the semi-finals and just lost to the Wizards by five points to end what was a great season for the club. The Gold Rush were the surprise packet of season 2020, and they are returning with a desire to turn a few more heads in the upcoming campaign. General Manager Peter Drew has shed some light on what’s been happening inside the Gold Rush camp as they prepare for the first round of matches later this week.

The Gold Rush has a good mix of young talented players this year, as well as a few more experience heads to help lead the way.

“We have four youngsters who have been Junior Tall Ferns in the last year or two, including Hannah Matehaere, Annabelle Ring, Sophie Adams, and Caitlin O’Connell,” Drew said.

Another prospect fans should be excited for is Stirling Walker-Pitman, who played for the New Zealand 3×3 team at 17-year-old.

Alongside the youngsters, the experience of Lisa Wallbutton is invaluable according to Drew, bringing all her knowledge from over 100 games with the Tall Ferns. Savanna Handevidt is another accomplished player, joining the team last season after starting in all 83 of her games for Minnesota University. Wallbutton averaged 7.0 points and 9.8 rebounds last season, while Handevidt averaged 8.8 points and 6.7 rebounds, but more importantly they guided the team as departures Zoe Richards (13.0 points and 10.2 rebounds) and Te Araroa Sopoaga (9.7 points, 5.2 rebounds and 5.0 assists) led the way.

Richards was named in the All-Star Team, while Sopoaga was honoured with the Youth Player of the Year award. The loss of both players is a blow to the Gold Rush, however Drew was happy to see them succeed.

“That is what it is all about for us, and we were thrilled to see their success and the opportunities they now have from that… this [their departures] provides opportunities for other Gold Rush players to come through and do similar,” Drew said.

“We have a number of young very talented players who have joined the Gold Rush team this year and will be playing in their first NBL.  So that is a great opportunity for them to shine and gain recognition like Zoe and Te did last year.”

While the team is aiming to win enough games and make the semi-finals again, there is a stronger focus on player development at the Gold Rush.

“Mostly, we are looking to improve and develop as a group, and just be the best that we can be, both individually and as a team,” Drew said.

Otago are looking to prioritise moving the ball around on the offensive end this season, while they also want to be aggressive in defence. Drew said his side aren’t a big team or a team of superstars, but that they “base [their] play around fast ball movement, disciplined team offence to create a good scoring opportunity, combined with tenacious defence”.

Last season the Gold Rush averaged 61.3 points per game (ranked fourth in league) and were last for three pointers made (3.5 per game), so they will be looking to increase their scoring by finding good shots via their ball movement. Defensively, they were good, ranking second for points against in the regular season (290 total), and averaging 3.7 blocks per game (ranked third). The team will certainly be aiming for those sorts of numbers again, if not better, to give them the best chance of clamping down their opposition and winning games.

The team has been training since March and despite facing some challenges with the practice schedule, due to many of their players either working or studying, the squad has been working hard and are now eagerly awaiting the start of the season.

“The team are really excited and ready to go for the 2021 Sal’s NBL,” Drew said.

The action begins on Friday for the Gold Rush when they play the Swish before they have a second match of the round against Waikato on Saturday.

All 33 games will be played at Pulman Arena in Takinini, South Auckland, and make sure you are watching Sky Sport in New Zealand for all the live action.