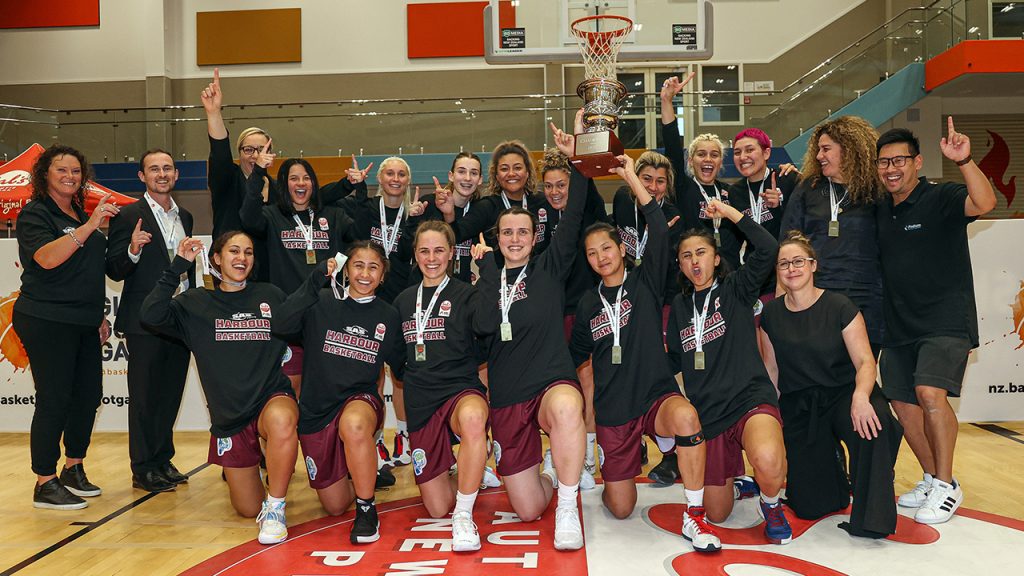 THE 2021 Sal’s New Zealand National Basketball League NZNBL season is right around the corner with 33 games to be played across five action-packed weeks. As we look forward to the first tip-off, Draft Central has previewed each of the six teams competing for championship glory, concluding with the Harbour Breeze.

After defeating Waikato by 11 points in the Grand Final, the Breeze were crowned the champions of the 2020 Sal’s NBL 18IN18 competition. Now, they enter the 2021 campaign as the team to beat with five other sides vying to take their crown.

The off-season brought a mixed bag of news for the Breeze on the roster front, with last season’s Most Valuable Player winner Brooke Blair not returning this year, after taking up an opportunity to play in the NBL1 competition in Australia. Blair had a terrific 2020 averaging 15 points, 3.9 assists, 3.1 rebounds and 1.7 steals per game, which led to her featuring in the NZNBL All-Star Team.

While the loss of Blair is not ideal, fellow All-Star Team member Ash Kelman-Poto will be back again in 2021 coming off a great individual season, including the Grand Final MVP award for her stellar effort recording 18 points, 14 rebounds and six steals. After having minor surgery following last season, Kelman-Poto is raring to again.

“I’m delighted to re-sign with the Breeze. I’m looking forward to the new season and obviously the goal is to repeat last year’s success and win another championship,” she said, via the Harbour Breeze Facebook page.

Oliva Bell, Tiarna Clarke, Jazzmyne Kailahi-Fulu, Keeley Tini and Ella Fotu are all back after featuring in the championship squad last year, while Azure Anderson will make her debut for the Breeze. She was away for the 2020 season but had previously been playing basketball in semi-professional leagues in France for three years, so she will certainly have plenty to offer her new team.

The Breeze had also secured the signature of veteran Micaela Cocks, the most capped Tall Fern of all time; however as she currently plays in the WNBL for the Townsville Fire, recent Covid-19 lockdowns down the East Coast of Australia have jeopardised Cocks’ chances of travelling to New Zealand to feature for the Breeze this season.

It is a blow for the Breeze as her experience would be invaluable to the entire squad, particularly the younger players who are still developing their game. However, the Breeze still have some great mentors, headed up by coach Jody Cameron, to guide them through the upcoming season.

Kelman-Poto can be one of those expected to take her game to another level as she aims for a spot in the final 12-player Tall Ferns squad for the Asia Cup later in the year. The Breeze love the physicality she brings, and the team will be looking to follow suit in the way they play this season.

A dominant season, where the Breeze went undefeated, was off the back of the side leading the league in scoring with 74 points per game (9.4 points more on average than the next best), while they also had the most assists (16.3 per game) and third most three pointers per game (six on average). The Breeze were also the only team to shoot over 40 per cent from the field (41.8 per cent field goals made).

On the defensive end, they gave up the least points in the regular season (287 total), were ranked second for blocks (five per game) and second in steals (13.7 on average). If they can maintain these numbers again in 2021, they will prove a very tough side to beat throughout out the competition.

All 33 games will be played at Pulman Arena in Takinini, South Auckland, and make sure you are watching Sky Sport in New Zealand for all the live action.