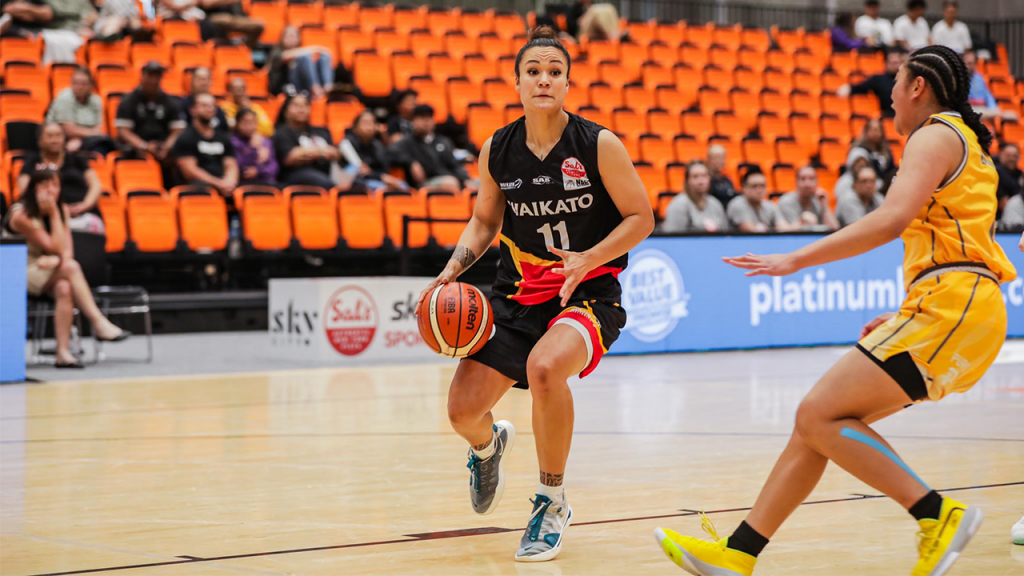 AUCKLAND Wildcats and Waikato Wizards have a busy opening weekend of action, tipping off the New Zealand National Basketball League (NZNBL) competition tonight, in the first of three games across the weekend. The Dream face reigning premiers Harbour Breeze on Saturday, and Canterbury Wildcats on Sunday, whilst the Wizards face Otago Gold Rush and Capital Swish back-to-back over those days. In the Friday games, the Gold Rush and Swish lock horns, while the Breeze and Wildcats aim to do battle.

The battle to watch tonight between the Dream and the Wizards has to be up the Dream’s offensive end with plenty of firepower stocked up ready to explode. Auckland has plenty of options it can roll through the offensive setups, while the Wizards will look to go one step better than their 2020 runner-up finish on the back of a strong defensive setup.

The talking point will be Esra McGoldrick running out for the Dream against her former side, and will look to continue the magic she created for the Wizards last year. With the likes of Amanda Wayment, Sharne Robati and newcomer Milomilo Nanai, the Dream have a lineup that could go all the way.

The Wizards have their own inclusions to watch for, with Charlisse Leger-Walker and Krystal Leger-Walker returning from college basketball at Washington State. Add in the experienced Pep Flavell and last year’s leading scorer Kayla Manuirirangi and All-Star Team representative Maka Daysh, and the Wizards are more than capable of matching it with the Dream.

Reigning champions Harbour Breeze will first play the Wildcats before setting their sights on the Dream, with a strong side despite some key losses from the championships team. Without 2020 NZNBL MVP Brooke Blair and international representative Zara Jillings, the Breeze will look to the likes of Ella Fotu, Tiarna Clarke and Jazz Kailahi-Fulu, with question marks over WNBL veteran Micaela Cocks (Australian COVID-19 lockdowns) and Ash Kelman-Poto (returning from injury), it will be fascinating to see how the Breeze handle the obstacles.

The Wildcats have been bolstered by the return of Tessa Boagni (pregnancy) and Lauryn Hippolite (injury) who both missed the 2020 season. While Shay Crotty has retired, the likes of Gemma Etheredge, Brittany Richards and Millie Knight are among those who have returned, with Hannah Mischewski touted as one to watch by coach Mel Downer.

In the other game, Otago Gold Rush take on Capital Swish with the Gold Rush then having a 24-hour turnaround to meet the Wizards, while the Swish get a two-day break for their Sunday meeting with the Wizards. Lisa Wallbutton and Savanna Handevidt are the two massive keys to the Gold Rush’s side, especially with key departures from All-Star Team member Zoe Richards and Youth Player of the Year Te Araroa Sopoaga. Four Junior Tall Ferns including Hannah Matehaere, and Annabelle Ring are among others to keep an eye on for the Gold Rush.

All eyes will be on key recruit Sopoaga who will face her former side in the opening match of the Swish’s season, joining international squad members past and present of Stella Beck, Josie Stockill and Jacinta Beckley in the side. The return of Fijian international representative Letava Whippy after a massive 2020 season is also a welcome return, with Paris Lokotui one of a number of returnees who showed good signs last year.

It all tips off tonight with the Dream and Wizards, and all seven games are broadcast live on Sky Sport New Zealand.