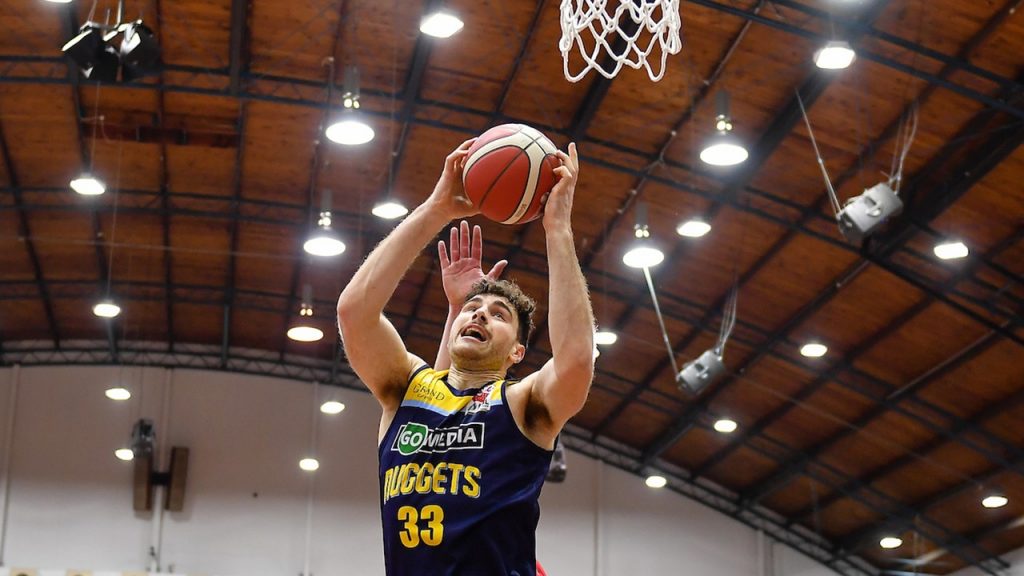 IN the wake of the New Zealand National Basketball League (NZNBL) coming to a close over the weekend, Draft Central will run through each of the 10 competing sides to look at the key stats and players of the 2021 season. The series continues with Otago Nuggets.

The dominant five in the competition, Timmins continued his terrific form at NZNBL level from last season with an All-Star 5 nod. Averaging a double-double of 19.2 points and 13.9 rebounds across 17 matches, Timmins also picked up 4.3 assists, 1.5 blocks and 1.4 steals in an impressive balanced throughout the year. Whilst not notably a three-point shooter (six of 39 at 16.3 per cent accuracy), his ability to get to the basket and deliver, or hit the jumper was strong, shooting at a 52.8 per cent overall. His free throw percentage is an area of improvement however, shooting at just 45.8 per cent in 2021.

His rebounding each and every week meant he just about picked up a double-double every night, thanks to only one match – the finale against Canterbury Rams – being a single-digit points match, and only four other matches being single-digit rebounds. That meant he picked up 12 double-doubles from 17 games, including a ridiculous 26 points, 27 rebounds, six assists, three blocks and one steal against Manawatu Jets back on May 15, and a triple-double of 18 points, 10 rebounds, 10 assists, three blocks and two steals against Canterbury Rams on June 10.

The other big man with plenty of firepower was Moss, who put up more points than any other Nuggets player in season 2021. He finished the year with 21.1 points, as well as 5.8 rebounds, 2.1 assists and 1.5 steals in an all-round effort, but unlike Timmins, we very efficient from beyond the arc. Shooting 61 of a possible 163 attempts, Moss was able to deliver at 37.4 per cent from long0-range, making up the majority of his attempts. It might have brought down his field goal percentage to 44 per cent, but he was able to deliver when at the charity stripe with an 85.1 per cent success rate.

The American was a mirror of consistency, not dropping below double-figure points in any 2021 NZNBL game, with 11 points against the Southland Sharks off limited minutes on July 9 being his lowest total. He had below 20 on just seven occasions, with a further four games with 25 or more points. His season-high came against Hawkes Bay Hawks on July 3, putting up 31 points, as well as nine rebounds, four steals and three assists in that game. His sole double-double came against Manawatu Jets back on May 15 where he recorded 19 points and 10 rebounds in the win.

Geremy McKay started every match like Moss, and put up a consistent 12.8 points, 5.9 rebounds and 2.4 assists to be the next best on the side. Richie Rodger (8.8 points, 2.9 assists and 2.8 rebounds) and Josh Aicheson (5.5 points. 2.6 rebounds and 1.9 assists) were the other starters every week, with the Nuggets never tinkering with their starting five. Luke Aston‘s 10.4 points and 2.0 rebounds coming off the bench was the pick of the role players.

The reigning premiers had a much bigger challenge in season 2021 with more teams and the talent distributed again, but they more than held their own. The Nuggets were right in contention for the Final Four heading into the penultimate round, and whilst they missed out on the post-season series, were highly competitive throughout the NZNBL season.