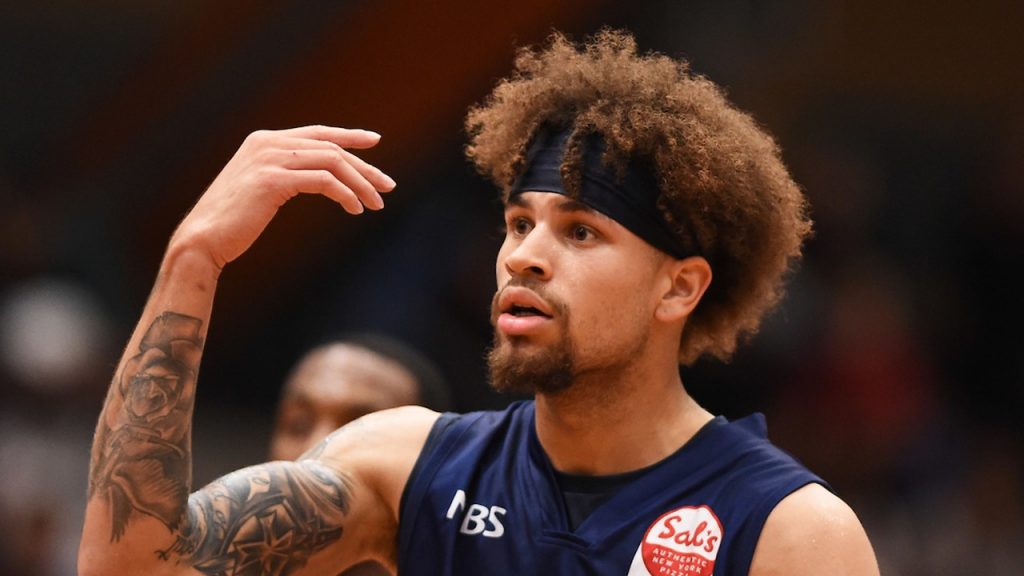 IN the wake of the New Zealand National Basketball League (NZNBL) coming to a close over the weekend, Draft Central will run through each of the 10 competing sides to look at the key stats and players of the 2021 season. The series continues with Nelson Giants.

His side might not have had a great season, but it was hard to fault the consistency of Hale, who night-in, night-out put up a ridiculous amount of points for his side. Earning a place in the All-Star 5, Hale also averaged the most points in the NZNBL. In season 201, Hale averaged 26.9 points per game, shooting at 48.5 per cent from the field including a 35.9 per cent clip from long-range and draining a total of 52 three-points in the season. He was also reliable when he got to the line, averaging 82.6 per cent from the charity stripe. With 5.2 rebounds, 4.6 assists and 2.6 steals to go with his high-volume shooting, Hale was the complete player.

One might not have guessed his season would pan out the way it did with just eight points in 27 minutes against Southland Sharks in the opening match. From then on, he would only play less than 30 minutes twice, and would only dip below 20 points once, in a mirror of consistency. He kept putting up huge records and breaking them, with a 37-point outing against Canterbury Rams on May 20 eclipsed two days later with a 41-point performance against Otago Nuggets in overtime. He had another 41-point effort a week later, and recorded an additional 30-plus points on four occasions. Whilst never recording a triple-double and in fact only one double-double, Hale came within reach of that feat twice, against Franklin Bulls on May 8 (26 points, nine rebounds and nine assists) and Auckland Huskies on July 2 (30 points, nine rebounds and eight assists).

The other dominant shooter for the Giants was Ingram with the fellow American averaging 18.4 points, 7.4 rebounds, 3.0 assists and 1.5 steals in 2021. Playing the perfect tandem support role to Hale, Ingram was huge off the boards, teaming up with Sam Dempster as Nelson’s two key rebounders. His overall balance was impressive, shooting at 35.7 per cent from outside the arc and 45.3 per cent from the field, hitting the second most threes (35) in his side. Much like Hale, Ingram was a regular fixture in the Giants’ starting five and a key contributor throughout the year.

The versatile utility only had single-digit points once – against Otago Nuggets on June 18 when he put up six points – and had 20 or more points on five occasions. Whilst a consistent 15-20 point shooter on his night, Ingram exploded against Auckland Huskies on July 2, knocking down 38 points and picking up 10 rebounds. The night feature five of eight from long-range, and was 12 more points than his next highest score. That 26 points came against Manawatu Jets on June 3, which triggered back-to-back double-doubles, with the Huskies double-double making it four for the year in total.

Dempster’s rebounding was important for the side, putting up more rebounds (7.8) than points (7.3), but providing that extra big body close to the basket. Tom Ingram (10.9 points, 2.5 rebounds) and Anzac Risetto (7.3 points, 3.3 rebounds) also contributed well, whilst Nic Trathen came off the bench with his deadly three-point shooting of 45 per cent accuracy to average 9.3 points and 2.9 rebounds.

Whilst the season was not ideal for the Giants who struggled at times, there was no shortage of highlights with the likes of Hale and Ingram going to work. They had some solid supporting roles, but not enough depth to match the top sides, which culminated in their overall eighth placed finish in 2021.