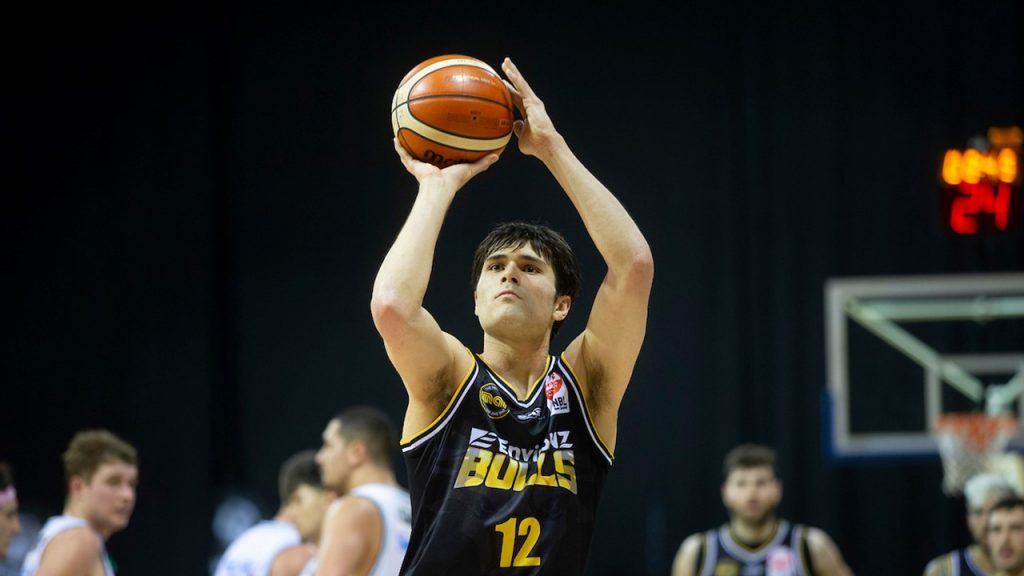 IN the wake of the New Zealand National Basketball League (NZNBL) coming to a close over the weekend, Draft Central will run through each of the 10 competing sides to look at the key stats and players of the 2021 season. The series continues with Franklin Bulls.

The only player in the side to start in every single match of the season, Brooke averaged the 11.6 points, 5.2 rebounds, 1.5 blocks, 1.4 assists and 1.3 steals. With the team fluctuating greatly due to injury, Brooke was one of the few that the Bulls could rely upon each day, able to deliver from inside and outside the arc. Though his shooting percentage was lower than some with 32 per cent from three-point range and 40.7 per cent overall, he was still able to contribute in a multitude of ways. He was the glue that held the team together when they lost both Zane Waterman and Josh Selby midway through the season.

Aside from a 16-point opener, Brooke had a quiet start to the season, with single-digit points in the next six games. Once the damaging duo left, Brooke had to step up and he hit two games of 17 points, and then a season-high 23 points in a clash against Manawatu Jets. He had just the three more double-digit point scoring efforts, but did pick up an impressive double-double against Taranaki Mountainairs on July 3 with 17 points and 11 rebounds. Overall, Brooke was someone the Airs could count on to be there and play a role.

Playing the other half of the season to Selby and Waterman, Davidson returned from his ANBL commitments to play nine games and have an impact straight away. He averaged a team-high 13.4 points, 5.8 rebounds and 2.7 assists in that time to be the dominant player for the Bulls. After bursting onto the scene in 2020, Davidson showed his potential once again, even if he was a little rusty with his shooting. Finding himself under more pressure this season, Davidson shot at 27 per cent from outside the arc and 39.7 per cent overall, which was indicative of his entire team’s shooting efforts.

After a slow start to the season returning from the ANBL – Davidson averaged just eight points per game across his first four outings, but still just over six rebounds per match. Once he hit his straps, the final five games yielded a much higher 17.8 points and 6.4 rebounds, shooting at a much more consistent rate. Whilst it was not enough to consistently see wins ticking over for the Bulls, Davidson did what he could for his side each night.

Selby (24.4 points, 5.3 rebounds, 3.8 assists and 1.9 steals) was in MVP contention before he left, with Waterman (21.4 points, 11.3 rebounds, 2.7 assists and 1.0 blocks) not far behind. Kyrin Galloway joined Davidson late in the season, to average an impressive 16 points and 12 rebounds from seven games and be the star talent also returning from the ANBL.

Franklin Bulls started brightly with some standout performers, but once Selby and Waterman were ruled out, they struggled. The return of Davidson with Galloway provided a bit of a spark, but ultimately it was too little, too late, and the final game – a 60-point shellacking at the hands of Wellington Saints – ended their year in the worst possible way.