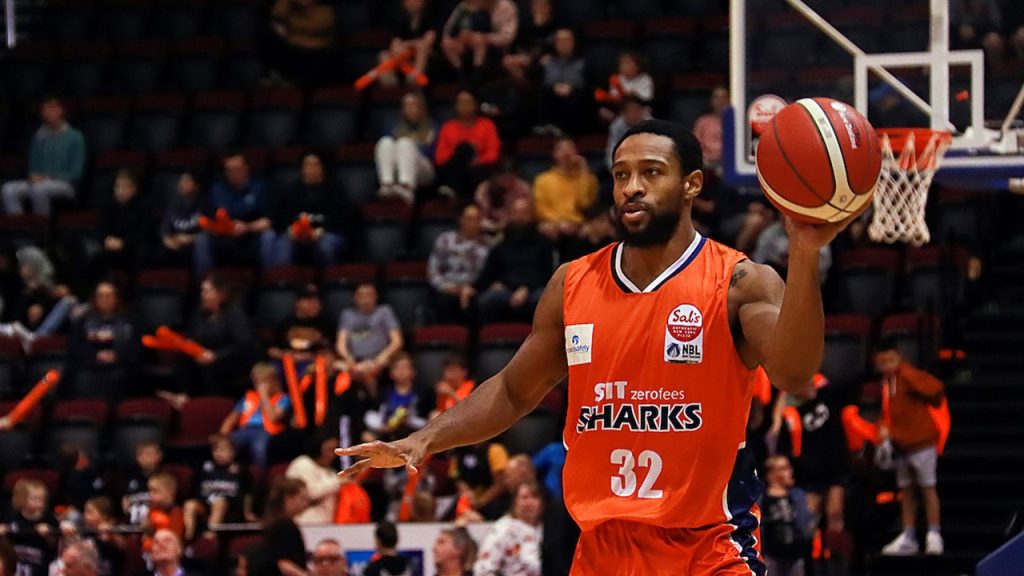 ROUND 6 of the New Zealand National Basketball League (NZNBL) tips off tomorrow night with plenty of exciting action predicted across the weekend which features a top of the table clash.

Two sides in the bottom four, but with very different win-loss records open up Round 6 of the NZNBL competition. The seventh placed Nelson Giants have a 4-5 record to-date, but are theoretically a win off the top three sides, though have played an additional game. They will look to even up their record for 2021 when they take on the 1-6 Manawatu Jets who are yet to win on the road from four encounters. By comparison, the Giants are 2-1 when at home. Hunter Hale may well be the most in-form player in the competition, with the Giants’ guard averaging a whopping 28.1 points, 5.0 rebounds, 4.2 assists and 3.0 steals from his nine games, shooting at 53.1 per cent from the field, and 36.8 per cent from three-point range. He has teamed up well with Donte Ingram (17.1 points, 5.7 rebounds and 2.3 assists) this season as the pair wreck havoc on opposition defences. For the Jets, Daishon Knight (23.7 points, 3.6 rebounds, 3.6 assists and 2.1 steals), Shane Temara (15.0 points, 10.4 rebounds) and DeAndre Daniels (13.3 points, 9.1 rebounds and 1.9 blocks) have all been influential players.

Looking to snap a three-game losing streak, Taranaki Mountainairs will be hoping to cause an upset in front of home fans against Auckland Huskies to jump off the bottom of the table. Holding a 1-6 record to-date, the Airs could move above the Jets with a win, whilst the 4-4 Huskies could put themselves back inside the top four with a victory. Marcel Jones has been a consistent threat for the Airs in terms of putting up double-doubles most weeks, and averaging 23.3 points, 11.1 rebounds, 3.9 assists and 1.6 blocks per game. He has needed more support though, with Haize Walker (9.4 points, 3.4 rebounds and 4.1 assists) the next highest Airs player. Chris Johnson is the man to keep an eye on from the Huskies, averaging 21.0 points, 9.5 rebounds, 2.0 assists and 1.2 blocks, the American import has certainly stood out this season. Brooke Ruscoe (14.9 points, 3.9 rebounds, 2.9 assists and 1.6 steals) has also had his fair share of action for Auckland.

Sitting pretty at the top of the table with effectively three games in hand, the Wellington Saints are yet to lose a match, with all their nearest rivals having dropped at least three games. That includes Southland Sharks, who dropped three on the trot, but have since strung together four consecutive wins to set up this top of the table clash with the Saints, holding a 6-3 record. The Saints have only hit the road once, whilst the Sharks are yet to lose from two previous matches at home making this a must-watch clash. Both these sides are littered with stars, but the two keys for the Sharks are Dom Kelman-Poto (16.8 points, 9.0 rebounds, 3.3 assists and 1.2 steals) and Josh Cunningham (11.1 points, 7.,3 rebounds and 1.0 steals), while Courtney Belger (12.1 points, 4.1 rebounds, 4.3 assists and 1.8 steals) has also been influential. For the Saints, their starting lineup has been sensationally consistent, lead by Dion Prewster (24.2 points, 5.0 rebounds, 4.7 assists and 1.7 steals). Kerwin Roach (17.0 points. 6.3 rebounds, 5.0 assists and 2.3 steals) and Taane Samuel (15.0 points, 4.3 rebounds, 2.2 assists and 1.0 steals) have also been ones to watch in 2021.

In the third Friday night fixture, Franklin Bulls can try and break a three-game losing streak which put them at 3-5 for the season, and move up the table with a victory over Hawkes Bay Hawks. The Hawks are up in fourth spot compared to the Bulls’ eighth, but are theoretically only a win ahead – though with an extra game under their belt. This will give both sides a great chance to test where they are at midway through the season. The Bulls will need to look to their depth to replace Josh Selby (24.4 points. 5.3 rebounds, 3.8 assists and 1.9 steals) who has returned to the United States after copping an injury, with Zane Waterman (21.4 points. 11.3 rebounds, 2.7 assists and 1.0 blocks) and Joseph Nunag (11.0 points. 1.5 assists, 1.1 steals and 1.1 rebounds) the next best scorers. The Hawks look to the likes of Hyrum Harris (16.3 points. 8.0 rebounds, 3.1 assists and 1.4 steals) and Ethan Rusbatch (17.5 points. 5.7 rebounds and 1.7 assists) who have been among their top performers.

The Sharks will come in for their second game of the weekend, this time up against Otago Nuggets making it two top three clashes for the second placed Sharks. They can gain some separation on the Nuggets, whilst Otago can overtake the Sharks if Southland lose both clashes. Otago’s Sam Timmins (20.0 points, 11.7 rebounds, 3.6 assists and 1.0 blocks) has been the key talent close to the basket, while Isaiah Moss (17.9 points, 5.6 rebounds and 1.0 steals) has been a jump shooter with an eye for long-range makes.

In the final game featuring a fresh side, Canterbury Rams host the top of the table Wellington Saints. The fifth placed Rams will hope to upset the unbeaten Saints who will also be coming off the quick turnaround from their clash with the Sharks the night before. Deshon Taylor (23.9 points, 5.9 rebounds, 5.1 assists and 2.0 steals) has been the clear standout player for the Rams in 2021, while EJ Singler (13.9 points. 8.0 rebounds, 5.6 assists and 2.0 steals) has been a great supporting act for the team.