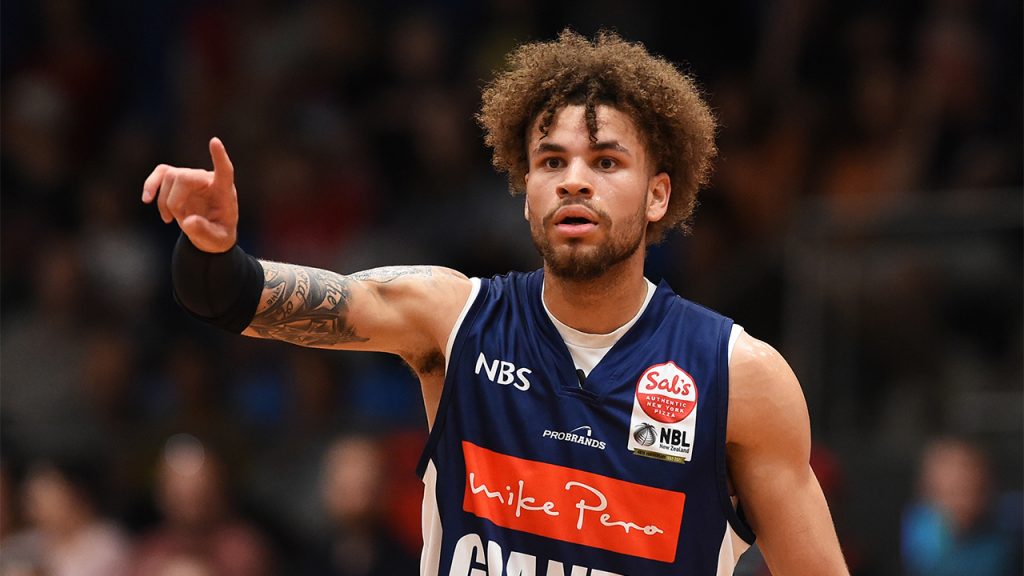 NELSON Giants will play three matches in four days as part of Round 4 of the New Zealand National Basketball League (NZNBL) competition this weekend. There is plenty on the line for all 10 teams as they look to grab some crucial wins at this stage of the season.

Opening up the round of action as part of three concurrent matches, two sides with opposite trajectories go head-to-head. The Canterbury Rams have strung together back-to-back wins since dropping their first two games, whilst the Nelson Giants have lost three on the trot and now sit in the perilous position of 1-4 and ninth of the NZNBL table. They will be keen to get the win here in front of home fans before hitting the road to take on the Otago Nuggets. The Rams also have a second game, up against Franklin Bulls at home. Deshon Taylor has been a shining light for the Rams, putting up 20.0 points, 5.8 assists, 4.8 rebounds and 2.3 steals, teaming up well with EJ Singler (12.0 points, 6.8 rebounds, 5.5 assists and 1.3 steals). Jack Salt is one of the most crucial big men in the competition, almost averaging a double-double of 17.0 points, 9.3 rebounds, 2.3 assists and 1.7 steals. Hunter Hale has been lighting it up for the Giants, racking up 23.2 points, 5.4 rebounds, 4.2 assists and 2.4 steals per match, with Donte Ingram (18.4 points, 6.6 rebounds and 2.2 assists) and Tom Ingham (10.6 points, 2.4 rebounds, 1.6 assists and 1.0 steals) the other players averaging double-figure points this season.

Yet to lose a game, Hawke’s Bay Hawks will hit the road for the first time this season after three straight wins at home to tip-off the season. They are keeping touch with the Wellington Saints at the top of the table, but have a couple of games this round against Taranaki Mountainairs and Auckland Huskies. The Airs sit at 1-3 for the season, but won their last start at home, and will be keen to build some momentum given they only have the minus-16 points differential at this stage. Marcel Jones is the man the Hawks must try to contain, with the dominant big man averaging 23.3 points, 10.0 rebounds, 3.8 assists and 1.3 blocks. Haize Walker (9.5 points, 4.8 rebounds and 4.5 assists) and Francis Mulvihill (8.5 points, 3.0 rebounds, 3.3 assists and 1.3 steals) are the next highest points-scorers. For the Hawks, Hyrum Harris has returned to the fold perfectly, putting up 16.7 points, 8,3 rebounds, 2.3 assists and 1.0 steals, whilst Jonathan Janssen (15.3 points, 10.7 rebounds and 2.0 assists) is averaging a double-double, and Devondrick Walker top-scoring off two games with 21.0 points, 3.5 rebounds, 3.0 assists and 1.5 steals.

The third game of the night over at TSB Bank Arena is the Wellington Saints up against Franklin Bulls. The Saints have been the benchmark team all season, winning by an average margin of 25, whilst the Bulls have won three out of five and sit third thanks to their plus-10 points differential. As the match will be the Saints’ only game, they get a rest for the remainder of the week, whilst the Bulls travel to Cowles Stadium 48 hours later to lock horns with the Rams. Dion Prewster has been the key player for the Saints, knocking down 24.5 points, 5.0 rebounds, 4.8 assists and 1.5 steals, whilst the likes of Kerwin Roach (16.3 points, 5.0 rebounds, 5.3 assists and 2.5 steals) and Taane Samuel (15.5 points, 4.0 rebounds and 1.5 assists) have been terrific. Josh Selby will have a chance to go head-to-head with fellow MVP contender Prewster, with the Bulls’ talent averaging 26.0 points, 6.2 rebounds, 4.6 assists and 2.4 steals. He and Zane Waterman (25.8 points, 13.3 rebounds and 1.8 assists) have lead the way, while Joseph Nunag‘s contribution off the bench (14.8 points, 2.0 assists and 1.2 steals) has been solid.

Auckland Huskies will come into Friday’s night’s clash fresh up against a Hawks outfit that will have played the night before. The Huskies have dropped their past two games after winning their first three, and have replaced Jeremy Kendle (28.3 points, 6.0 assists and 4.3 rebounds) with American import Justin Bibbs. Chris Johnson (21.7 points, 9.3 rebounds, 2.3 assists, 1.7 blocks and 1.0 steals) has done it all for the Huskies, whilst Brooke Ruscoe (16.6 points, 4.2 rebounds, 3.6 assists and 1.4 steals) has also been prolific. Expect them to want to make a statement at home against a Hawks side potentially tired from the game the night before.

Both these teams will be playing their second game of the round in what will be a testing time for list management over the weekend.

Nelson Giants return to the court after 48 hours to travel to the Edgar Centre for a clash with reigning premiers Otago Nuggets. The Nuggets are 3-2 for the season, and will be hoping to leapfrog Franklin Bulls with a win and a Bulls’ loss or two over the weekend. Sam Timmins has been enormous at the five for the Nuggets, averaging 17.5 points, 11.0 rebounds, 3.3 assists and 1.3 blocks. Isaiah Moss (16.8 points, 5.0 rebounds) and Geremy McKay (7.8 points, 4.2 rebounds) are others who have impressed thus far for the Nuggets.

MANAWATU JETS vs. TARANAKI MOUNTAINAIRS
Sunday, May 23 @ 3:00pm
The Ballroom

As the Airs try and win their second game from two chances this weekend, the last placed Manawatu Jets hope to get off the bottom with a maiden victory. Sitting at 0-5, though rather unluckily with an average losing margin of eight points, the Jets will be every chance in this contest at The Ballroom. American duo Daishon Knight (24.8 points, 4.0 assists, 3.6 assists and 2.8 steals) and Shane Temara (14.2 points, 11.6 rebounds and 1.8 assists) have been among the top Jets this season, while Jayden Bezzant (18.6 points, 4.2 rebounds and 3.0 assists) has been a potent scorer for the cellar dwellers.

The last team to enter Round 4 of the NZNBL is the Southland Sharks who host the Nelson Giants on Sunday evening. The Giants will be playing their third game of the round in a hefty weekend for them, and will only have less than 24 hours to turnaround for the third match. The Sharks come in fresh with a 3-3 record, having bounced back from the three consecutive losses with a win last start, and are unbeaten at home so far, which they will be hoping to continue here. Dom Kelman-Poto (15.5 points, 9.5 rebounds, 3.3 assists and 1,0 steals) has been superb, teaming up well with Josh Cunningham (13.3 points, 7.8 rebounds) and Alonzo Burton (12.3 points, 2.2 assists and 2.2 steals) in a real show of homegrown talent at the Sharks.