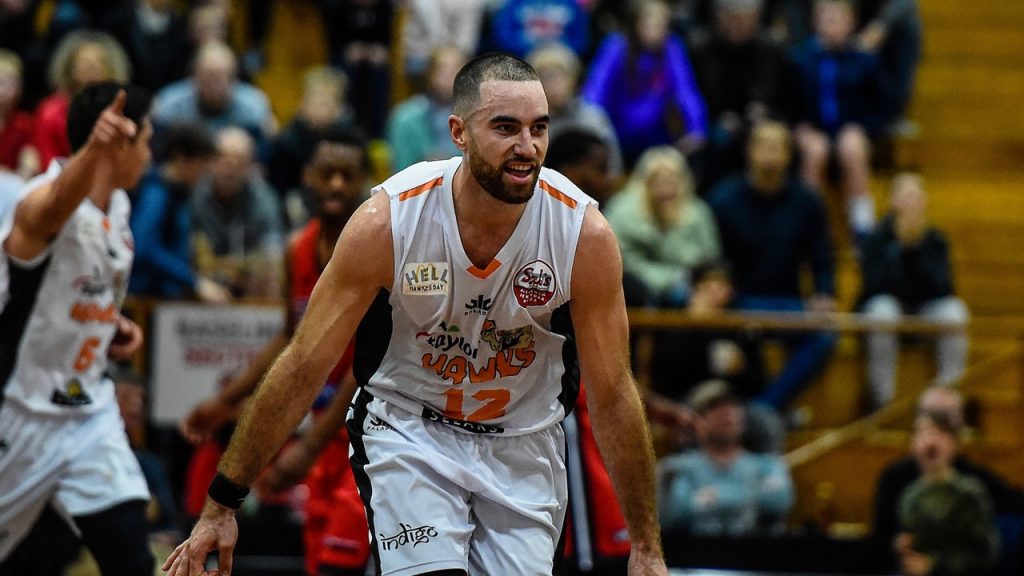 THE top two sides will lock horns in a massive Friday night blockbuster clash in the New Zealand National Basketball League (NZNBL), with a number of undefeated matches, as well as winless head-to-heads set to shake up the ladder at the conclusion of Round 2.

In their first home game of the season, Taranaki Mountainairs will be hoping to break their back-to-back losses from Round 1 against the 1-1 Franklin Bulls. After dropping their opening game, the Bulls bounced back to win their second encounter, and sit in sixth with an almost identical points for and points against column, and will be keen to win for Aaron Bailey-Nowell‘s 300th NZNBL game. Marcel Jones has started off as one would expect for the Airs, averaging 17.5 points, 10.0 rebounds and 4.0 assists per game, teaming up well with shooter Francis Mulvihill (10.5 points, 4.5 assists, 3.5 rebounds and 1.5 steals). The pair are the only players to average double-figure points after two matches, with Franklin Bulls by comparison having five. Josh Selby has proven to be one of the most prolific shooters in the competition, dropping 26.5 points, 7.0 rebounds, 5.0 assists and 3.0 steals, whilst in his only match in Round 1, Zan Waterman managed 25 points and 14 rebounds. Joseph Nunag (17.0 points, 2.5 assists) and Denhym Brooks (12 points, four rebounds) are the other key scorers for the Bulls, and they will be favourites to win this clash.

A top of the table clash between two undefeated sides is set to light up TSB Bank Arena on Friday night, with the Wellington Saints and Southland Sharks making the perfect starts to their 2021 campaigns after missing the 2020 season. The Saints are the most successful team in the competition’s history, and they have started off on fire, with a points differential of 43. The Sharks are the next best side with a lower scoring output, but also conceding less to be plus-21 from their Round 1 clashes. Dion Prewster has been the top player in the NZNBL to start the season, earning two Player of the Match awards for his 31 points, five rebounds, 4.5 assists and two steals per game. Kerwin Roach (18.5 points, 4.5 assists, 4.0 rebounds and 2.5 steals) and Romaro Gill (11.5 points, 6.5 rebounds and 1.5 blocks) have also started the season in strong form. For the Sharks, they have a trio of dominant players off the boards who can also shoot, with Josh Cunningham (14.0 points, 9.5 rebounds), Dom Kelman-Poto (11.0 points, 7.5 rebounds) and Toby Gillooly (12.5 points, 7.0 rebounds) likely to stretch the Saints close to the basket.

A battle between two winless sides is the opposite Friday night clash, as the seventh placed Jets take on the last placed Rams. The Jets have come close and are only minus 10 for the points differential thus far, whilst the Rams have started off the season like they did last season – before charging up in finals – with a minus-35 points differential and sitting on the bottom. Quintin Bailey (16.5 points, 4.0 rebounds and 1.5 assists) has shared the top points-scorer nod with import Deshon Taylor (16.5 points, 5.5 assists, 2.0 rebounds and 2.0 steals). The other two players to have impacted the scoreboard across both games are Ben Constable (11.0 points, 5.5 rebounds) and EJ Singler (11.0 points, 6.5 rebounds and 3.5 assists). The Jets have had some prominent scorers, but not a lot from their depth, as Daishon Knight (26.5 points, 3.5 assists, 3.0 steals and 2.0 rebounds) has been impressive, shooting at 69.7 per cent from the field. Jayden Bezzant has been a deadeye himself with 22.0 points, 4.5 rebounds and 2.5 assists with a 66.7 per cent clip, while Shane Temara (17.0 points, 12.0 points) and DeAndre Daniels (13.5 points, 10.0 rebounds) are averaging double-doubles. The Jets have the top-end talent to be favourites in this encounter.

Coming back for their second game of the weekend, the Franklin Bulls could build some momentum in Round 2 if they can string back-to-back victories against winless sides. The Bulls’ second match comes on Saturday night at home up against Nelson Giants, with the Giants relying a lot on import Donte Ingram in game one. The Giants suffered a 19-point loss last week, and Ingram was the only scorer in double-digits with 20 points, six rebounds and three assists. Sam Dempster (seven points, nine rebounds) helped off the boards, while Hunter Hale (eight points, six rebounds and three assists) did a bit of everything. It will be a tough ask for the Giants, but it was only one game, so they will be looking for a better effort here.

Having clashed with the Rams on Friday night, the Jets then face reigning premiers Otago Nuggets on Saturday night. The 2020 NZNBL Grand Final rematch will see the sides come in with no more than two wins between them, though the Nuggets looked impressive in their second game out. As mentioned above, the Jets have some serious top-end talent, but the Nuggets can match them in that department. They have only has three players score more than three points per game in the opening two matches, as Isaiah Moss (10 points, three rebounds), Sam Timmins (nine points, 4.5 rebounds) and Josh Aitcheson (seven points, 2.5 rebounds) the main focal points. They will need to share the load against a high-scoring Jets outfit.

It will be Southland Shark’s turn to do the double-up in what is a tough weekend for them against two other undefeated sides. With the premiership favourites Wellington Saints the Friday night clash, the Sharks then turn their attention to the fourth placed Hawke’s Bay Hawks on Saturday night. The Hawks have only played the one game, but their start power certainly fired, with Devondrick Walker having a night out with 26 points, five rebounds and five assists, while Hyrum Harris marked his return to the Hawks in style with 18 points, seven rebounds and three assists. Jonathan Janssen (12 points, nine rebounds) and Ethan Rusbatch (10 points, six rebounds) were also prolific off the boards, and the Hawks will really worry the Sharks in this Round 2 contest.

The last undefeated side in Auckland Huskies host the final game of the NZNBL Round 2 up against the Nelson Giants who will be coming off a clash against Franklin Bulls the night before. The standalone Sunday evening game will be favoured for the Huskies who have ticked off both challenges in Round 1, and will be looking to take down the Giants in this one. Jeremy Kendle has been running hot in the league, putting up 31 points, 5.5 assists and five rebounds per game as one of the most dominant shooters thus far. Teenage star Dontae Nance made a statement in Round 1 with 22 points and four rebounds, while Brooke Ruscoe (15.5 points, 5.5 rebounds and 3.0 assists) and Nick Barrow (11.5 points, 8.5 rebounds and 2.0 assists) also impressive in the opening round of action.