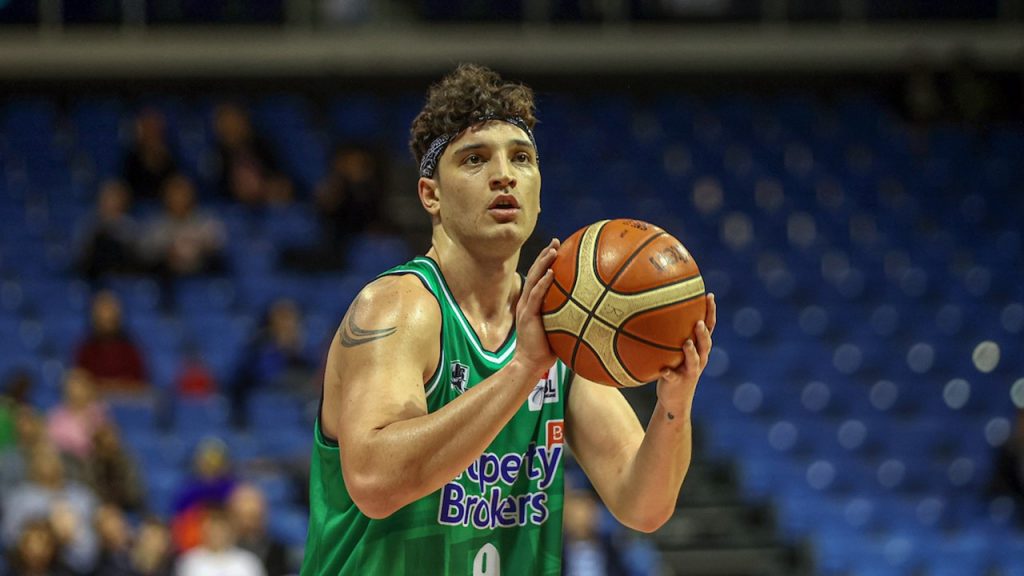 AFTER three standalone matches on individual nights last weekend, Round 1 continues this weekend with the three winners from those matches coming up against the three sides yet to play – Taranaki Mountainairs, Canterbury Rams and Manawatu Jets – in a massive weekend of New Zealand National Basketball League (NZNBL) action.

Taranaki Mountainairs enter the 2021 NZNBL season with a Thursday night encounter against the Southland sharks. The Sharks passed the first test against Nelson Giants last week with a dominant 43-28 second half to scoot away with a 19-point victory. They will be tested here though, with a more experienced Airs outfit featuring Marcel Jones and Aaron Bailey-Nowell who showed just how much damage they could do last year, and will be keen to back it up this season. Francis Mulvihill was a rising talent and Tai Wynyard is always a player to keep an eye on, so the Sharks will need to be wary of what the opposition could do, particularly Jones who is prone to double-doubles. What was impressive about the Sharks was the evenness of scoring, with six players scoring double-figure points. Led by Josh Cunningham (10 points, 11 rebounds) and Dom Kelman-Poto (11 points, seven rebounds), the side proved too good for the Giants thanks to their accurate shooting, including 52, 38 and 93 per cent from the two-point, three-point and free throw ranges. The one area that might be a concern is the rebounding with the duo picking up 18 of the team’s 39 rebounds, though the Sharks did use the ball well, with Brayden Inger picking up four assists.

In the second of three straight matches between sides in their first matchup for the season and teams contesting their second games, Wellington Saints host the fresh Canterbury Rams. The Saints were able to take care of business in a comprehensive win over Otago Nuggets on opening night, posting a 95-73 victory on the back of a dominant first three quarters. Dion Prewster was phenomenal in the performance of the opening weekend, racking up 31 points, seven rebounds and five assists in a huge effort, whilst Kevin Roach Jr had the 19 points, four steals, three rebounds and two assists. Otherwise the Saints had plenty of contributors with four players picking up five or more rebounds in an even performance, and the likes of Taane Samuel and Tohi Smith-Milner almost getting to double-figure points with nine apiece. The Rams will go in with their reliable set up, led by Perth Wildcats development player Taylor Britt who lit up the NZNBL last season. The likes of Alex Talma, Sam Smith and Jack Exeter will be ones to watch, though Jack Salt is the big man set to make his long-awaited return to the competition.

It might not have been deliberately orchestrated, but the Auckland Huskies are the third straight winner from the opening weekend to face a side coming into the league for the first match this weekend. The Huskies won a thriller over Franklin Bulls, coming from behind to storm to victory in the last term and get up, 99-96. The win came off the back of 32 points, six rebounds, three assists and two steals from Jeremy Kendle, as Nicholas Barrow and Brook Ruscoe-Taiaroa almost picked up double-doubles thanks to 17 points piece and nine and eight rebounds respectively. Even Dontae Nance had 31 minutes off the bench for 18 points, four rebounds and three assists, in an even spread across the four players. The Jets have a bit of unknown about them, with some young players coming through, though Jayden Bezzant stood out in 2020 and will be one to watch this season, while DeAndre Daniels and Daishon Knight are others on the list. Add in the two Temara‘s in Shane and Troy, and the three-point shooting machine of Nikau McCullough, and the Jets have some nice pieces for the 2021 season.

The Airs enter their second match on Saturday night up against the Otago Nuggets who will be keen to bounce back from the 22-point loss to the Wellington Saints. From the Nuggets’ perspective, there was still plenty to like, with a trio of players really standing out in this game. Sam Timmins led the way with 18 points and nine rebounds, whilst both Isaiah Moss (20 points, six rebounds) and Josh Aicheson (14 points, five rebounds and three assists) put in the work. Every player on the team scored at least one point as the Nuggets showed great depth, but it would not be enough to roll the Saints. The Airs will be keen to try and quell them in this contest.

The Manawatu Jets will double-up over the weekend to travel to Franklin where the Jets will face a Bulls side ready for revenge. Franklin came agonisingly close to victory in the first match, going down to the Huskies with a fadeout last term to lose by three points, 96-99. Josh Selby stood out with 26 points, six rebounds, two assists and two steals, while Denhym Brooke (16 points, six rebounds) and Jaylen Gerrand (18 points, three rebounds) also stood tall as starts. Off the bench, Joseph Nunag hit up 14 points and three assists in 23 minutes on court to provide some valuable time in rotation.

Other double-ups for the round: