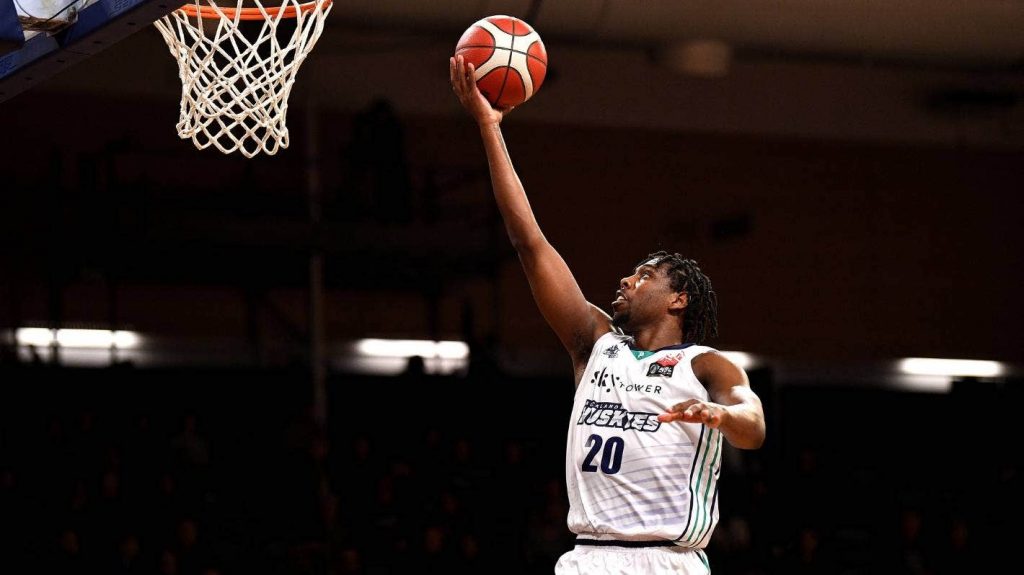 IT is going to be another action packed round in the New Zealand National Basketball League with a couple of sides getting to ply their trade out on court twice this round as the ladder continues to shape up heading towards the back end of the season. The Saints will be keen to retain top spot while the Mountainairs have two chances to notch up a win.

The contest between the Giants and Bulls is set to be an enthralling one as both sides have had a chequered run in their past few encounters. The Giants are coming in off a loss while the Airs will be riding a wave of success clinching a narrow win last round. Nelson Giants will be hoping to rekindle their form and steal the win to take the ledger to two wins apiece.

Hunter Hale has been one of the most consistent players to-date for the Giants, averaging 26.9 points, 4.7 assists and 4.1 defensive rebounds each time he steps out on court. Teammate Donte Ingram is also one to watch in this clash given he averages 18.8 points making him a handy target. Ingram is also more than capable of dishing off dimes averaging 2.3 assists a game while he also leads the way with 5.6 defensive rebounds. Speaking of rebounds, Samuel Dempster is a real eye catcher thanks to his 5.4 defensive rebounds and team-high average of 2.1 offensive rebounds. The Bulls will need the likes of Joshua Selby and Denhym Brooke to fire on all cylinders and create some real scoreboard presence if they are to defeat the Giants. Selby averages 24.4 points per game while Brooke boasts an average of 11.3 points along with four rebounds.

The Sharks and Nuggets will engage in their second clash of the year with the latter hoping to reverse the fortunes of their previous meeting. Both sides are coming in with similar form guides having won three of their past five games, the only difference being the Nuggets enter the clash fresh off a win.

The combination of Isaiah Moss and Samuel Timmins will be one to watch given the two are the most prolific shooters for the Nuggets. Moss averages 22.2 points per game while Timmins is not far off the pace with 20 points of his own. Timmins is also crafty with ball in hand registering 4.6 assists a game and a whopping 10.7 rebounds highlighting his overall dominance. Gerasimos McKay is another player for the Nuggets that is able to change the course of a game with his ability to contest for the rebound averaging 4.7 a game while he is also able to create attacking forays credit to his 2.5 assists. For the Sharks there is no denying that Dominique Kelman-Poto is the main man to watch. Kelman-Poto tops the table for points with an average of 16.5 per game but will need the likes of Brayden Inger and Joshua Cunningham to ply their trade to impose a commanding score. Inger averages just over 14 points per game while Cunningham can influence both on the scoreboard and off the boards with 6.4 rebounds.

The first Saturday game of the round will see Hawkes Bay Hawks host Taranaki Mountainairs who have had less than a desirable season. The Hawkes will be hoping continue their winnings ways and really assert themselves on the lowly Mountainairs. Taranaki sit firmly at the bottom of the ladder while the Hawks are all the way up the ladder in second and will be eager to notch up a win to create some much needed ladder separation.

Unfortunately for the Airs it is a one man show with Marcel Jones proving to be that man. Jones can light up the court with his drive to the rim and is a force to be reckoned with credit to his average of 23.2 points, 3.8 assists and 8.9 rebounds falling just short of a double-double. If the Airs are any chance of causing a major upset they will need Tai Wynyard to be at his damaging best and apply the pressure on the scoreboard. Throw in the likes of Haize Walker and Aaron Bailey-Nowell who is renowned for his presence off the boards and the Airs have a strong core. But the Hawks are not short on star power with Devondrick Walker able to dominate as shown with his average of 19.1 points while Ethan Rusbatch can chime in with his average of 15.2 points. If those two are kept quiet then look to Jordan Hunt to step up to the plate while Hyrum Harris is also an option both on the scoreboard and with ball in hand credit to his 4.1 assists a game.

It could be a blowout game if the top of the table Wellington Saints are able to bring their A-game against the lowly Manawatu Jets. The Jets only have four wins to their name while up the other end of the table the Saints have 12 to their name. The last time these two sides met it was Wellington that got the chocolates by 23 points and will be hoping to repeat those efforts in this outing to solidify their standings.

The Saints are brimming with talent as Dion Prewster, Kerwin Roach Jr and Tohi Smith-Milner are real livewires. Prewster leads the way with 21.1 points to accompany his 4.9 assists while Roach Jr is another dominant scorer credit to his 16.2 points and 4.1 assists a game. When looking at the Jets it is Daishon Knight that tops the table with is 23.3 points and will have to expect plenty of attention from the Saints to shut down his scoring ability. DeAndre Daniels is another exciting option for the Jets averaging 16.9 points per game along with 6.1 defensive rebounds. Shane Temara will need to up the ante for the Jets if they are to cause a boil-over while Jayden Bezzant has also proven to be a livewire at times.

A win here for either side will be monumental as the mid-table logjam continues to develop. The Rams will be hoping to capitalise on the Giants fatigue given they would have played only days earlier but Nelson need the victory to keep their finals hopes alive. The Giants pulled off the win the last time they played and will be keen to do it once again to generate some much needed momentum.

It will come down to the workload of Deshon Taylor and whether or not he can inspire the Rams to really get going. Taylor averages 22.1 points per game along with 4.9 assists and 3.9 defensive rebounds showcasing just how influential he is for the side. Another key cog for the Rams is Edward Singler who has proven to be handy on the scoreboard credit to his 18.5 points. It does not stop there for Singler as he also boasts 4.6 assists and 6.2 defensive rebounds. Keep an eye out for Samuel Smith to bob up every now and then for the Rams.

The Mountainairs will be fronting up for their second game in as many days while the Huskies will be keen to take advantage of their fresh legs. Currently sitting in fourth spot on the ladder a win here could propel Auckland up the ladder and most importantly widen the gap between them and fifth place. Meanwhile for the Mountainairs, it will be a matter of pride as they look for their third win of the season.

Looking at the Huskies and they have a number of big contributors with Chris Johnson paving the way. He is the most prolific scorer for the Huskies averaging 20.1 points a game along with 2.9 assists and an impressive 8.4 rebounds. Meanwhile teammates Dontae Nance and Brook Ruscoe-Taiaroa are also right up there averaging 11.6 and 11.4 points respectively. Nance has also proven to be a handy contributor with ball in hand averaging 2.9 assists while Zach Riley has showcased his strength off the boards with 3.7 defensive rebounds. Throw in the services of American import Justin Bibbs and the Huskies have the makings for a big win if all of their structures fall into place. For the Mountainairs there is no denying that it is Jones that is the biggest threat. He is an imposing force across all aspects of the court and will need to have a mammoth performance if the last placed side are a chance to claim victory.

The final game of the round plays host to the top of the table Wellington Saints and fifth placed Nuggets. Both sides will be entering their second game for the round meaning the level of bench-depth from sides is sure to be the game changer. The two teams have played their fair share of games this season meeting five times already with Wellington walking away with the chocolates each and every time meaning it will be a matter of pride and redemption for the Nuggets this time around.

The Nuggets have the upper hand when it comes to defensive rebounds and assists and will be eager to get that style of play up and running early to catch the Saints on the back foot. But Wellington are much cleaner with ball in hand only averaging 13.85 turnovers a game in comparison to the Nuggets’ 14.93 which means they are able to capitalise when it counts. When it comes to top performers it is hard to go past the likes of Timmins and Moss for the Nuggets while Prewster, Roach and Taane Samuel are livewires for the Saints.