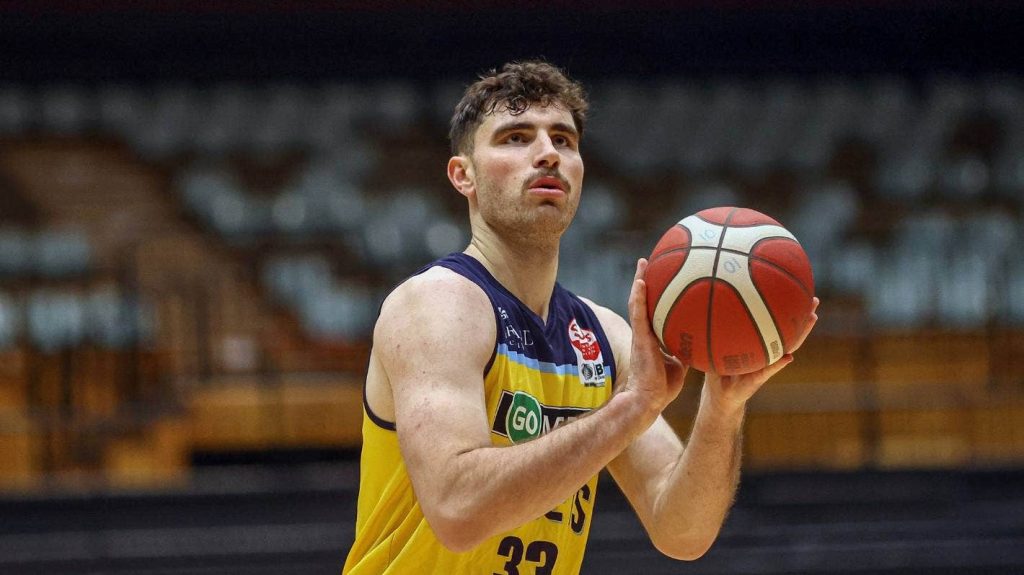 ROUND 10 of the New Zealand National Basketball League (NZNBL) commences tonight with some ladder defining clashes headlining the round. With the finals inching closer and closer now is the time for the sides to hit their stride and start to rally some much needed momentum.

Both sides are coming in off a loss and will be eager to get back to their winning ways in this contest. Canterbury Rams have won three of their past five encounters while Southland Sharks have won four of their past five making for an enthralling battle. In terms of ladder positioning the Sharks well and truly have the upper hand currently locked in at second spot while the Rams are stuck in the mid-table logjam at sixth so a win here could be a huge upset for Canterbury. However, the Rams do have two dominant scorers in Deshon Taylor and Edward Singler. Taylor averages 22.3 points a game along with five assists while Singler is not too far behind with 18 points. The scoring load is a lot more shared for the Sharks with the likes of Dominique Kelman-Poto, Brayden Inger and Joshua Cunningham all viable options. Kelman-Poto leads the pack for the Sharks with his average of 16.1 points while Inger averages 15. Cunningham is pretty well rounded thanks to his 13.4 points, 2.1 assists and 6.7 rebound average making him a key cog in the Sharks outfit and one the Rams will need to stop if they are to topple the second placed side.

It is going to be a battle between first and last when the Mountainairs and Saints go head-to-head. The Saints are in blistering form up in top spot on the ladder with 11 wins to their name while Taranaki have struggled to find their mojo all season, glued to the bottom of the table. The last time these two sides met the Saints walked away with the chocolates in a one-sided affair and will be keen to replicate that output once again given they average a higher number of points, assists, rebounds and blocks than their opponents. Looking at key contributors, it is hard to go past the likes of Marcel Jones for the Airs with the bigman leading the way with his average of 21.5 points, 3.9 assists and nine rebounds to fall just short of a double-double. He will need a helping hand from the likes of Tai Wynyard and Haize Walker if the home side are any chance of upsetting the apple cart. For the Saints they have no shortage of scoring options with Dion Prewster, Kerwin Roach Jr and Taane Samuel all influential figures. Prewster averages 20.9 points along with 5.1 assists and 3.9 defensive rebounds. Roach Jr is also explosive thanks to his 16.7 points, 4.4 assists and 5.2 rebounds while Tohi Smith-Milner is also a force to be reckoned with off the boards.

The Giants and Huskies are both looking for ways to weasel their way out of that mid-table logjam and this is the perfect opportunity. A win here for the Huskies could boost them into fourth spot while if the Giants get the win they will close the gap between them and sixth on the ladder. The Huskies have won two of their three encounters so far this season against the Giants and will be wanting to make it three from four by taking advantage of their winning momentum. Both teams are relatively well-matched up with the only main difference coming in the blocks category with Auckland impressing down in defence. Hunter Hale is the main facilitator for the Giants with his ability to attack the rim thanks to his 26.6 point average plus his 4.5 assists and 3.8 defensive rebounds. He will need the likes of Donte Ingram to step up to the plate if the Giants are to keep their hopes alive. Meanwhile the Huskies have a couple of key points scorers with Chris Johnson topping the table thanks to his 20.3 points. He is also handy on the assists front with an average of three to his name along with 7.3 defensive rebounds. Brook Ruscoe-Taiaroa and Dontae Nance are also known for their ability to chime in and hit the scoreboard which the visitors will need in this contest.

It is going to be an enthralling top four battle as Otago Nuggets host Hawkes Bay Hawks in hope to solidify their standings on the ladder. The Hawks currently sit two games ahead of the Nuggets but a win here could shift things and give the home side some real confidence heading into the backend of the season. But Otago will have to pull out the big guns having gone down to Hawkes Bay by 30 points last time the two sides met. Both teams are coming in off a loss and will be looking to put their foot down with a strong showing here. Isaiah Moss and Samuel Timmins have been the most dominant scorers for the Nuggets with the pair averaging 21.6 and 20.6 points respectively with the latter also racking up 4.9 assists and 11.1 rebounds. The Hawks have a number of players capable of causing some scoreboard trouble with Ethan Rusbatch boasting an average of 19.4 points, Devondrick Walker averaging 18.9 and Hyrum Harris with 13.3. Harris is no slouch when it comes to assists picking up 3.6 per game while also imposing himself off the boards with a team-high 5.4 rebounds making him one to watch.

The Mountainairs will be gearing up for their second game in as many days while the Bulls will be hoping their added break will give them the legs to overrun the struggling side. Not much separates the two teams with the Bulls sitting second last on the ladder but two wins ahead while Taranaki will be yearning for a win and this is probably their best opportunity. It was a blowout the last time they met with the Bulls claiming a 16-point victory but when looking at form it is the Mountainairs that hold the upper hand registering a win last round while the Bulls are on a four-game losing streak. Keep an eye out for Joshua Selby given he averages 24.4 points, 3.8 assists and 4.9 rebounds for the Bulls and expect Jones to do the heavy-lifting for the Airs. Denhym Brooke is also a crucial cog for the Bulls recording an average of 10.9 points as Francis Mulvihill will hope to be crafty with ball in hand.

Manawatu Jets are set to take on the Huskies as they look to bounce back from a shock loss last week. The Huskies got over the line by nine points back in April when the two sides locked horns and will be hoping to repeat that feat once again to continue their way up the ladder. Manawatu have been guilty of turning ball over and will need to treasure possession in this clash if they are to roll the Huskies. The Jets will need big efforts from Shane Temara, DeAndre Daniels, Daishon Knight and Jayden Bezzant if they are to post a competitive total and generate some real momentum. Knight tops the table with an average of 23.4 points while Daniels is also prolific thanks to his 16.5 points. Temara and Bezzant average 15.7 and 15.6 points apiece with the former also able to dish off dimes with ease thanks to his average of 3.2 assists.

The final game of the round is between Southland Sharks and Hawkes Bay Hawks – another top four battle. Sitting on 10 wins apiece heading into the clash, this one could prove to be ladder defining so expect both sides to leave nothing to chance. The two sides have played off three times this year and the Hawks have come out on top each time giving them a wealth of confidence and belief heading into this clash. Expect a high quality game with the likes of Kelman-Poto and Rusbatch renowned for their ability to hit the scoreboard with ease for their respective sides.