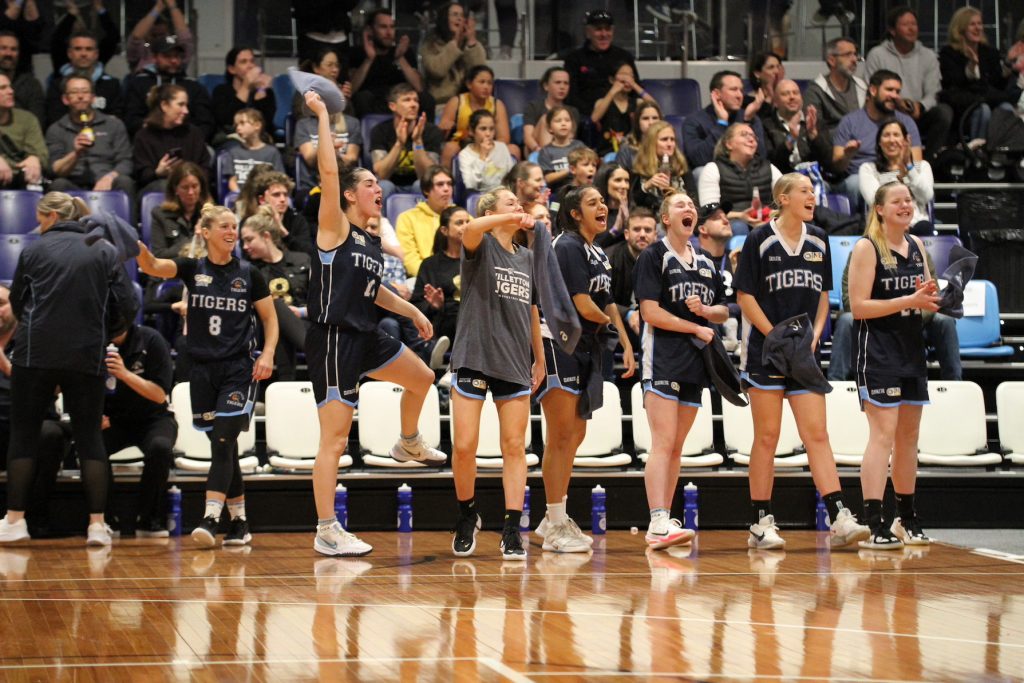 IT all boils down to the final game of the season when Willetton Tigers and Joondalup Wolves go head to head in the National Basketball League (NBL1) West Women’s grand final.

After finishing the season first and second on the ladder respectively it is no surprise to see the two teams battle it out for premiership glory. The Tigers and Wolves have taken similar paths to the big dance progressing from the qualifying final straight to the preliminary final and now are set to play each other in the grand final. It is going to be an exciting contest between the two sides given their hot form and desperation to win.

The last time these two sides met was in Round 16 and it was the Wolves that got the job done in overtime by a mere six points highlighting just how close a contest the grand final should be. Joondalup held the lead in the opening quarter before the Tigers bit back in the second and third to reclaim some ascendancy. It was a topsy turvy game to say the least as the lead consistently changed hands and it is fair to expect a similar game will ensue on Friday with the added stakes of a premiership on the line.

The main difference between the two sides is scoreboard proficiency with the Tigers averaging an impressive 85 points per game while the Wolves only record 75 points in comparison. That 10-point difference could be the winning total if Willetton are able to explode out of the blocks and bypass the defence of Joondalup. Willetton also concede less points than the Wolves only leaking an average of 63 points per game as opposed to the Wolves’ 64 and while it is not a huge difference, once paired with the Tigers’ added scoring power and it could lend to a slight upper hand. That being said, Joondalup will come into the contest with a head full of steam and plenty of confidence knowing they have recently knocked off their opponents.

Willetton are crawling with a number of exciting prospects with Samantha Lubcke the most prominent shooter thanks to her average of 23.80 points a game. The forward has the capacity to turn a game on its head when given enough time and space to attack the rim as can teammate Alex Sharp. Sharp averages 19.70 points a game along with a team-high 12.94 rebounds, 4.82 assists and 0.64 blocks highlighting just how dominant she is. Keep an eye out for Hayley Winter who is crafty with ball in hand amassing 3.77 dimes a game while Desiree Kelley is also a handful averaging 11.11 points, 6.29 rebounds, 2.94 assists and 0.64 blocks each time she steps out on court. If afforded enough space Emma Gandini is another exciting option given she averages 11.50 points, 6.44 rebounds and 2.77 assists.

Taking a look at the Wolves and there are a couple of big time players that will be hoping to be at their dominant best come Friday night. One of the most important cogs in this side is Kayla Steindl with the center slotting 18.56 points a game while also leading the way in rebounds with 8.93. Steindl also features highly in assists and blocks with 1.87 and 0.81 respectively. Rebecca Benson has proven to be a handy figure when it comes to attacking the rim with an average of 11.36 points while Amber Land is more than capable of turning heads recording 10.88 points a game along with 8.05 rebounds, 2.29 assists and 0.41 blocks. Neseya Parker-Williams is another influential figure for the Wolves, able to sense the moment and chime in with her scoring prowess and while she manages just 9.94 points a game she has proven to be hugely explosive. She is impactful off the boards and with ball in hand, amassing 7.27 rebounds and 2.16 assists a game.