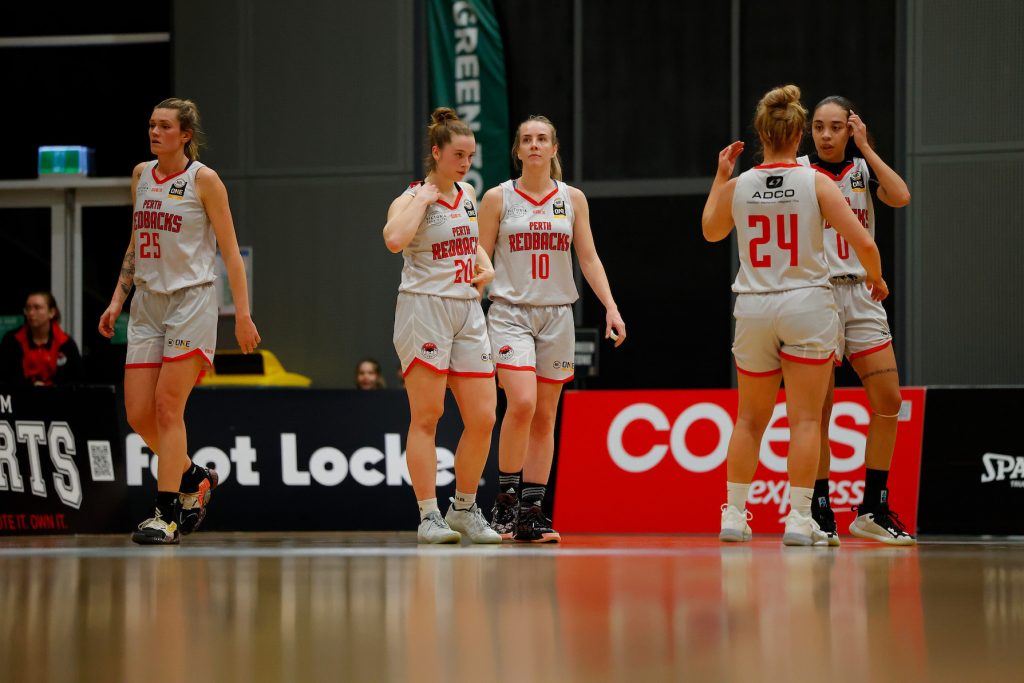 THE finals continue to heat up in the National Basketball League (NBL1) Central with two games to be played on Friday with the winner from each game set to take on either Willetton Tigers or Joondalup Wolves.

Perth Redbacks will be hoping to bounce back in a big way after suffering a huge defeat in the qualifying final. They will be eager to make use of their second chance and assert themselves against Cockburn Cougars to progress through to the preliminary final on Saturday. On the flipside the Cougars are riding a wave of success having pulled off a huge six-point win and will be full of belief coming into the contest. Although the Redbacks are not the most prolific top four team averaging just 76 points a game they are still head and shoulders above Cockburn who only manage an average of 68 in comparison. With this in mind the game may quite simply be won and done based on which team is able to attack the rim and not let up.

The Redbacks have a number of solid performers that are able to step up to the plate when required with Makailah Dyer the one to watch. She leads the way for Perth with her 21.55 points a game along with 6.55 rebounds, 3.55 assists and 0.44 blocks. She is not alone though with teammate Maddison Allen a real barometer for the side. Allen features highly in all four main statistical areas averaging 8.55 points, a team-high 12.61 rebounds, five assists and 2.66 blocks. Keep an eye out for Jessica Jakens along with Denielle Ashworth and Raya Thompson who are known for their ability to chime in when necessary.

With a head full of steam the Cougars will need the likes of Taylah Simmons and Jessie Edwards to be up and about early. Simmons leads the charge for the Cougars with her 16.64 but is also handy off the boards averaging six rebounds, 3.41 assists and 0.23 blocks. Edwards is an all-rounder who can impose herself with great ease credit to her averages of 16.11 points, 8.58 rebounds, 1.82 assists and impressive 1.64 blocks a game. Molly Mathews is no slouch nor is Ruby Benn with the pair able to make something happen each time the ball comes their way.

The second game of the night between East Perth Eagles and Warwick Senators is set to bring plenty of intrigue and excitement. The Senators stamped their authority in their elimination final outing and will need to bring that same vigour and intensity when they take the court against East Perth. But the Eagles will be ruing their missed opportunities and will have a real fire in their bellies to make amends for their short comings the week earlier. Perth average 75 points a game 88 a whopping 13 more points a game meaning if they are able to explode out of the gates and get their offence up and running the Eagles could be in some real strife.

Looking back at last round and it is hard to deny the efforts and impact of Mary Goulding for the Eagles. She drained an impressive 24 points while also reeling in 17 rebounds and five steals highlighting just how dominant she is across all areas of the court. Opal Mader is another that has really hit her straps at the right time of the season coming off a 19-point game while Brianna Moyes is more than capable of causing a stir with her endurance and scoring nous. Eryn Fisher will also be hoping to build on her form from last week and cause a ruckus in this clash.

The Senators will be looking to Stacey Barr to keep them afloat with the guard a real ball magnet. She can shoot the lights out averaging 23.61 points a game and also tops the table with her 8.66 rebounds a game and 4.50 assists. Teammate Mackenzie Clinch Hoycard is a real livewire with her nous to find the ball and score slotting 16.33 points a game along with 6.77 rebounds, 3.16 assists and 0.72 blocks. Warwick will need both Tayla Hepburn and Chloe Forster to find their groove if they are to topple the Eagles while Jayda Clark will be eager to impose herself in defence.