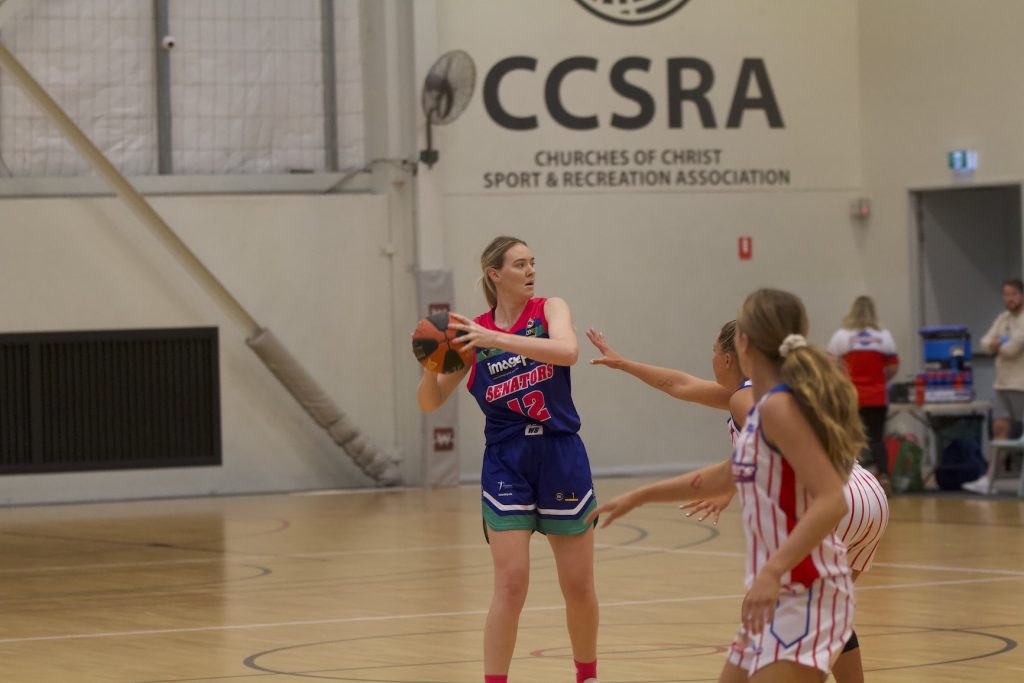 THERE are no shortages of classic contests across both the women’s and men’s competitions this weekend in the National Basketball League (NBL)1 West, as we preview the Warwick Senators and Joondalup Wolves clash in the women’s league, whilst looking at the Perry Lakes Hawks travelling to Willetton Tigers in the men’s division.

Looking at this week’s matches it is hard to look past the Warwick Senators hosting the Joondalup Wolves. The home team has won its past two matches, and will take to Warwick Stadium tonight to host a Wolves outfit that is unbeaten from two games. The Senators will just have the one game to focus on this weekend, but the Wolves will need to back up against a Mandurah Magic side that will take to the court with a 1-2 record. If the Wolves lose both clashes, they will join both the Senators and Magic at two wins from four games.

The Wolves have some great depth at the center spot, with Kayla Steindl being the impressive leader in there. The Perth Lynx shooter did only play the one game thus far, but put up 24 points, 14 rebounds, two steals and two assists last wee in the Wolves’ win over the Eastern Suns. Expect her to be a huge factor in tonight’s clash, teaming up with even more experienced center Amber Land (11.5 points, 9.5 rebounds, 2.5 assists, 2.0 steals). Another Lynx talent in 19-year-old Neseya Parker-Williams has made a promising start to the 2021 NBL1 West season, dropping 14.5 points. 5.0 rebounds, 2.0 assists and 2.0 blocks in the first two games. The other Wolves player to watch is Chelsea Belcher, with the guard recording 13 points, 2.5 rebounds and 3.0 steals from her two games this season.

Warwick Senators have a couple of gun shooters in Mackenzie Clinch Hoycard and Stacey Barr who have set the competition alight in 2021. Clinch Hoycard has dropped a remarkable 24.6 points, 7.6 rebounds, 2.6 assists, 4.5 steals and 2.6 blocks in an all-round complete performance, making it count from the field with a 55.8 per cent accuracy. Barr is not far behind with 22.3 points, 8.6 rebounds, 3.6 assists and 1.0 steals, shooting at just under a 48 per cent clip from the field. Veteran Nicole Jorre de St Jorre has defied her 39 years of age with a playmaking effort of eight assists to accompany her 5.6 points, 4.0 rebounds and 3.3 steals per game. Her clean hands have allowed the likes of Tayla Hepburn (16.0 points, 9.0 rebounds and 2.0 blocks) and 18-year-old Chloe Forster (15.0 points, 4.0 rebounds and 3.5 assists) to go to work on the offensive end.

In other matches, the Eastern Suns play back-to-back games in search of their first win, taking on Cockburn Cougars (2-0) and Willetton Tigers (1-1) on Saturday and Sunday respectively. The other Friday night clash tonight is between the Perth Redback and East Perth Eagles in the respective team’s only clashes of the weekend. In the remaining two fixtures, Willetton Tigers (1-1) host Perry Lakes Hawks (1-0), while something has to give between the two winless bottom sides in Lakeside Lightning (0-2) and South West Slammers (0-4).

The match of the round in the men’s is the Willetton Tigers hosting the Perry Lakes Hawks. While the Senators and Wolves clash promises to be equally as impressive in the men’s as it is in the women’s, the Tigers and Hawks clash will see one of the sides move to 3-0 this season. The head-to-head will be the Hawks’ only clash of the weekend, while the Tigers will travel to take on the Eastern Suns on Sunday.

Previewing the home team first, the Tigers have had two top scorers thus far, with 18-year-old Roosevelt Williams dropping 21 points, six rebounds and two assists in his first game back on April 17, shooting at an elite 88.9 per cent from the field. Damien Scott – 10 years his senior – has been the prime scorer for Willetton, knocking down 23.0 points, 3.0 rebounds, 4.5 assists, 3.0 steals and 1.5 blocks, with a 57.6 per cent shooting efficiency. Add in the likes of developing 19-year-olds Dylan Hampson (8.0 points, 2.5 rebounds) and Hunter Clarke (6.0 points, 6.5 rebounds, 3.5 assists and 1.5 steals) and the future is bright for the Tigers.

Unlike the Tigers, instead of having two dominant shooters, the Perry Lakes Hawks have five players who have averaged double-figure points across the Hawks’ two games. Leading the way is Ben Purser, with the experienced forward knocking down 16 points, 9.5 rebounds, 5.0 assists and 1.5 steals. The back court has plenty of depth with Mitchell Clarke (16.0 points, 3.0 rebounds, 2.5 assists and 1.0 steals), Cooper Hamilton (13.5 points, 2.0 assists and 1.5 rebounds) and Matthew Leary (13.5 points, 3.0 steals and 2.0 rebounds) all putting up good scoring numbers in the first two games. Center Andrew Ferguson is averaging an impressive 15.5 points, 6.5 rebounds, 2.5 assists and 2.0 blocks per game, whilst only coming in for the Hawks’ second game, Lewis Thomas has shot the lights out with 15 points at 83.3 per cent efficiency, as well as four rebounds and three assists in the win over Perth Redbacks.

In other fixtures, the Suns not only face the Tigers, but the Cockburn Cougars (0-2) as well, whilst the Perth Redbacks and East Perth Eagles go head-to-head tonight. The Eagles then host Goldfields Giants tomorrow, while the Wolves have a second game up against Mandurah Magic (2-1). The remaining fixtures sees the Geraldton Buccaneers (0-1) up against the Rockingham Flames (2-1), and the Lakeside Lightning (1-1) hosting the winless South West Slammers (0-4).