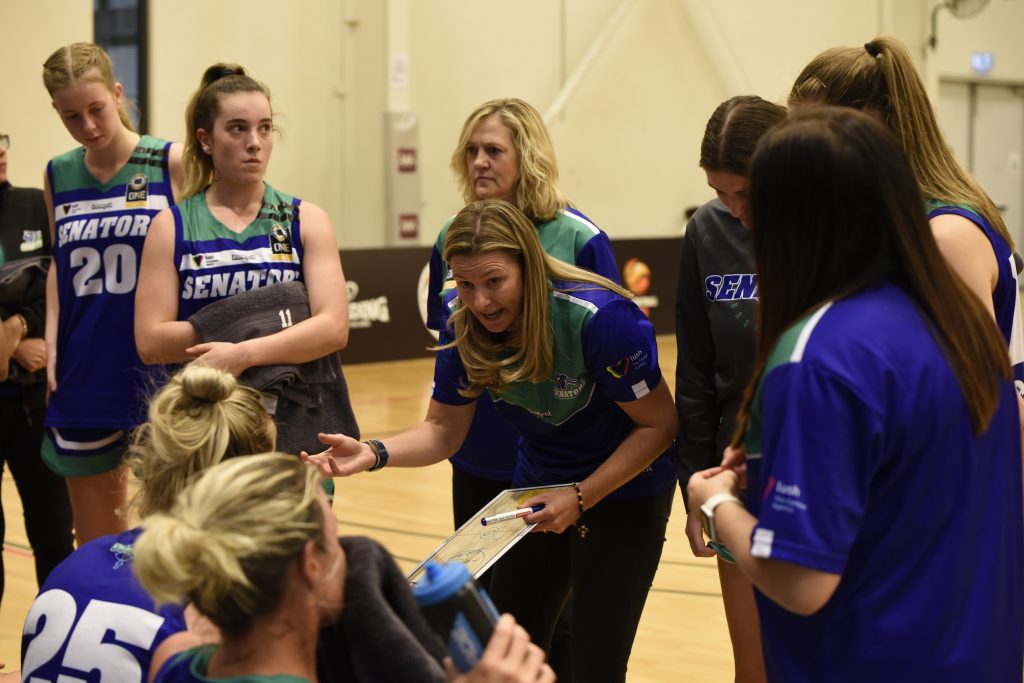 ROUND 3 of the National Basketball League (NBL)1 West tips off tomorrow after a minor blip following the state’s lockdown last weekend which resulted in the Round 2 matches – and the Friday night Round 3 matches – all cancelled. Instead there will be the five games across the women’s competition and seven games in the men’s league.

There will be a lot of unknowns coming into the NBL1 West Round 3 competition, with both the Eastern Suns and Perry Lakes Hawks coming into the round for the first time this season. There is no side with two wins just yet due to only round one in full taking off, whilst the South West Slammers have had to wait two weeks to avenge their first two defeats. The other sides to play two matches from that opening weekend of action – Warwick Senators, Mandurah Magic and East Perth Eagles – will all head in for their third games, as the Perth Redbacks and Willeton Tigers are the only undefeated sides that have taken to the court who are playing this weekend.

Rockingham Flames top shooter Alexandra Ciabattoni racked up 35 points back in Round 1 despite it being in a losing team, while Perth Redbacks’ Makailah Dyer put up 30 points in her first game and ranked second overall. She is just ahead of Willeton Tigers’ Alex Sharp and Warwick Senators’ Mackenzie Clinch Hoycard – both 25 points per game – in that statistic. Looking at rebounds, the Redbacks are flushed for choice with not only Dyer (13 rebounds per game), but Maddison Allen (17) both in the top four. Mandurah Magic’s Carly Boag (14.5 rebounds per game) and Willeton Tigers’ Desiree Kelley (13.0) are also in the top four.

Allen produced a whopping four blocks to deny her opposition close to the basket in Round 1, with Boag putting up two blocks. The other top blockers from Round 1 in Cockburn Cougars’ Jessie Edwards and Joondalup Wolves’ Georgia Denehey are having another rest this weekend. In terms of assists, Warwick Senators’ Nicole Jorre de St Jorre had the eight, ahead of Kelley (seven), Cockburn Cougars’ Haylee De Sousa (six) and Mandurah Magic’s’ Casey Mihovilovich (six).

An extra two matches take place in the larger men’s competition, with Geraldton Buccaneers the other new side along with Eastern Suns this round. Warwick Senators have created the early pace with back-to-back wins in Round 2, whilst the South West Slammers are on the other end of the spectrum. East Perth Eagles and Mandurah Magic men’s teams hold the same record as their women’s sides, heading into Round 3 with a 1-1 record. Plenty of teams have only played the one game without much to go off, as the Joondalup Wolves, Perry Lakes Hawks, Willeton Tigers and Rockingham Flames winning their only encounter thus far, while the Cockburn Cougars and Goldfield Giants face off for their first victory. Lakeside Lightning and Perth Redbacks are the other two 0-1 sides.

Cockburn Cougars’ Gavin Field leads the way in terms of points, knocking down 30 in the Cougars’ loss back in Round 1, the same amount as Joondalup Wolves’ Lochlan Cummings had in his side’s win. Warwick Senators’ Caleb Davis is averaging an impressive 26.5 points, just ahead of Goldfields Giants’ Deng Kuany (24). Cummings also features highly in the assists, racking up six to go with his 30 points in Round 1. Willeton Tigers’ Connor Mincherton had the league-leading nine assists, with Perry Lakes Hawks’ Ben Purser (seven) and Mandurah Magic’s Riley Parker both notching up the six assists each.

The Wolves’ Jordan Wellsteed is sharing the top of the rebound count with Lakeside Lightning’s Jarrad Prue, as both players have recorded the 13 in the opening round. They are one clear of Cockburn Cougars’ Nic Pozoglou and Rockingham Flames’ Cirkook Makuac Riak who picked up the 12 in Round 1. Looking at the blocks, East Perth Eagles’ Jarrad Anastasio was busy in the opening two matches, picking up 3.5 per game, while Rockingham Flames’ Callum Beard (three), Cockburn Cougars’ Matt Clifford (two) and Joondalup Wolves’ Sioeli Vaiangina (two) were also productive.