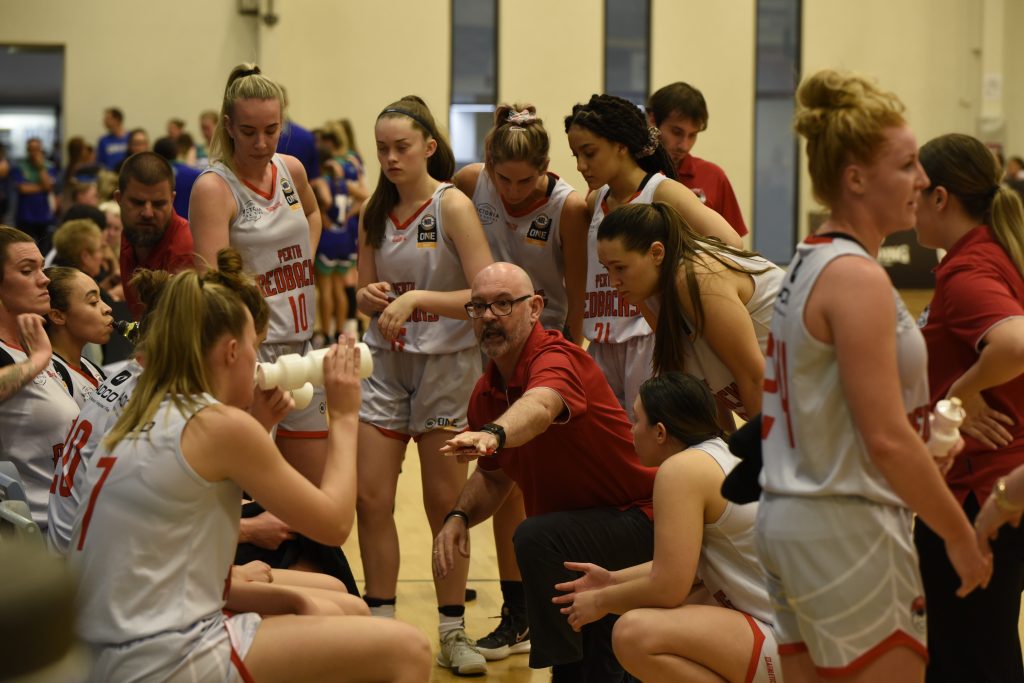 ROUND 2 of the National Basketball League (NBL) West gets underway on Friday, and we preview two of the big games across the women’s and men’s divisions respectively. In unbeaten clashes, the Cockburn Cougars and Perth Redbacks face off in the women’s competition, whilst the Warwick Senators men’s side will be eyeing off their third win up against the 1-0 Perry Lake Hawks.

With a couple of sides entering the competition, it is hard to pick a match of the round this early on, though the battle between two Round 1 winners in Cockburn Cougars and Perth Redbacks is the only clash between two undefeated sides who have taken to the court. The Cougars defeated Rockingham Flames in a seven-point thriller last Friday night, whilst Perth Redbacks were simultaneously taking care of Warwick Senators by an even greater margin of 17 points.

The Cougars will head into the match having already played a game prior to the clash against the 1-1 East Coast Eagles, but if they win that, then it sets up a thrilling Saturday night contest. Jessie Edwards was sensational in the Round 1 win over Rockingham, knocking down 19 points, nine rebounds, three assists and three blocks, while Haylee De Sousa (18 points, six assists, two rebounds and two steals) and Molly Matthews (16 points, six rebounds) were all impressive.

Cockburn dominated the assist count against the Flames, picking up 24-11 and shot at a much higher 42.3 per cent from three-point range, hitting 11 of 26 threes. De Sousa and Matthews combined for nine of 16 for the team, though the Cougars’ free-throw shooting left a lot to be desired. They finished the match at just 56 per cent, and whilst it did not hurt them in the end, no player ran at 100 per cent, with seven players missing at least one free throw.

Perth had an even performance across the board, but it was Makailah Dyer who never stopped putting in the work with a phenomenal double-double effort of 30 points, 13 rebounds, five assists, two steals and one block. Maddison Allen was also huge off the boards with 17 rebounds to go with her 11 points, six assists and four blocks. Shenae Hartree (11 points, nine rebounds) was a third big to pull down rebounds, made all the more remarkable by the fact she came agonisingly close to a double-double in just 11 minutes on court.

Deniele Ashworth (19 points) and Brianna Bailey (14 points, five rebounds and four assists) showed just how much depth the Redbacks have in their side, and could be one of the massive contenders this season. Perth completely dismantled the Senators at the boards, with 59 rebounds to 36, and the trio of stars collected a massive 39 in the process. They only marginally won the assist count (17-16), but were able to hit their two-point shots with a 48.6 per cent efficiency.

Unlike Cockburn, the Redbacks do not necessarily need to go for long-range shots, though Dyer and Bailey picked up seven of 14 between them, with their bigs able to get into the paint and cause some headaches. But the key for the Cougars will be to make sure their shots are on target, or else the Redbacks will have a field day off the boards, and that is where the game could be won or lost. Perth will be tough to beat based on the Round 1 performance, but Cockburn will be hoping to upstage them in front of the Cougars’ home fans.

In other matches, the Perry Lake Hawks enter the competition with back-to-back games against Joondalup Wolves and Warwick Senators respectively, whilst the Kalamunda Eastern Suns face the Willeton Tigers coming off a Round 1 win. Earlier in the round, Lakeside Lightning will look to bounce back against the South West Slammers who got slammed themselves by 50-plus points in two separate matches, whilst the Rockingham Flames will eye off their first win, coming up at home against Mandurah Magic.

A huge clash between two impressive Round 1 winners in Warwick Senators and Perry Lake Hawks is the pick for Match of the Round in the men’s division. The Senators head in as favourites having won both their opening matches to sit on top of the table, whilst the Hawks are fourth currently after the sole Round 1 win. Whilst the Senators will be coming into the match fresh, the Hawks will have played the night before in another top four clash between two undefeated teams, up against the Joondalup Wolves.

The Senators claimed scalps against Perth Redbacks (86-52) and South West Slammers (96-60) to be pretty convincing winners from the opening round of action. Whilst it is hard to determine where teams will sit in the long-term scheme of things, the Senators certainly made the perfect start. Speaking of perfect starts, Caleb Davis caught fire when he nailed 35 points, 11 rebounds and four steals in a remarkable effort against the Slammers, combine that with an 18-point, seven-rebound and four-assist effort against the Redbacks, and he appears to be the man to stop for the top of the table side.

Justin King picked up a very impressive double-double in the win over the Redbacks, amassing 15 points and 14 rebounds – five offensive – as well as two assists, then came close to a second double-double with his 18 points, seven rebounds, three assists and three steals facing the Slammers. Cody Ellis the other player who impressed across both games, averaging 10.5 points and 8.0 rebounds, with an emphasis on shooting in the first game, and rebounding in the second. Expect rebounding to be a key aspect for the Senators, whose three-point shooting – outside of Davis – was off, at just 33.3 and 28.6 per cent in the first two games.

In the Hawks’ only game of Round 1, Perry Lakes defeated Goldfield Giants by 11 points, stepping up after quarter time. They won the next two quarters by 18 points to run away with the 100-89 victory, but will not afford a slow start against the Senators. Andrew Ferguson (22 points, six rebounds) and Ben Purser (18 points, nine rebounds) are the two rebounders to watch for based on Round 1 efforts, whilst Cooper Hamilton (22 points, two rebounds) was able to nail 50 per cent of his shots from the field, as an almost exclusive three-point shooter.

Matthew Leary (15 points, three steals) nailed four of five from long-range in 21 minutes on court, with the team running at an impressive 50 per cent from three-point range in the opening round. They might have some issues off the boards though, as the Hawks were smashed in the rebounds (40-23), but made use of the ball with an impressive assist dominance (20-10). The Hawks are an accurate shooting side, and use the ball cleanly in transition, it will be whether the pressure of the Senators throws them off, and if so, Warwick can take control off the boards. The Senators will be favourites, but if the Hawks can make the most of their chances, they have proven to be deadeyes from long-range.

In other matches, the Wolves back up against the Goldfield Giants following their Hawks’ clash, whilst the Geraldton Buccaneers and Kalamunda Eastern Suns enter the competition. The Buccaneers play the two games up against Mandurah Magic and Perth Redbacks, while the Suns face the Willeton Tigers in the final match of the round. Elsewhere, South West Slammers and Lakeside Lightning will be both searching for their first wins, with the Magic also taking on Rockingham Flames, and Cockburn Cougars doing the double up against East Perth Eagles on Friday, and then Perth Redbacks on Saturday.