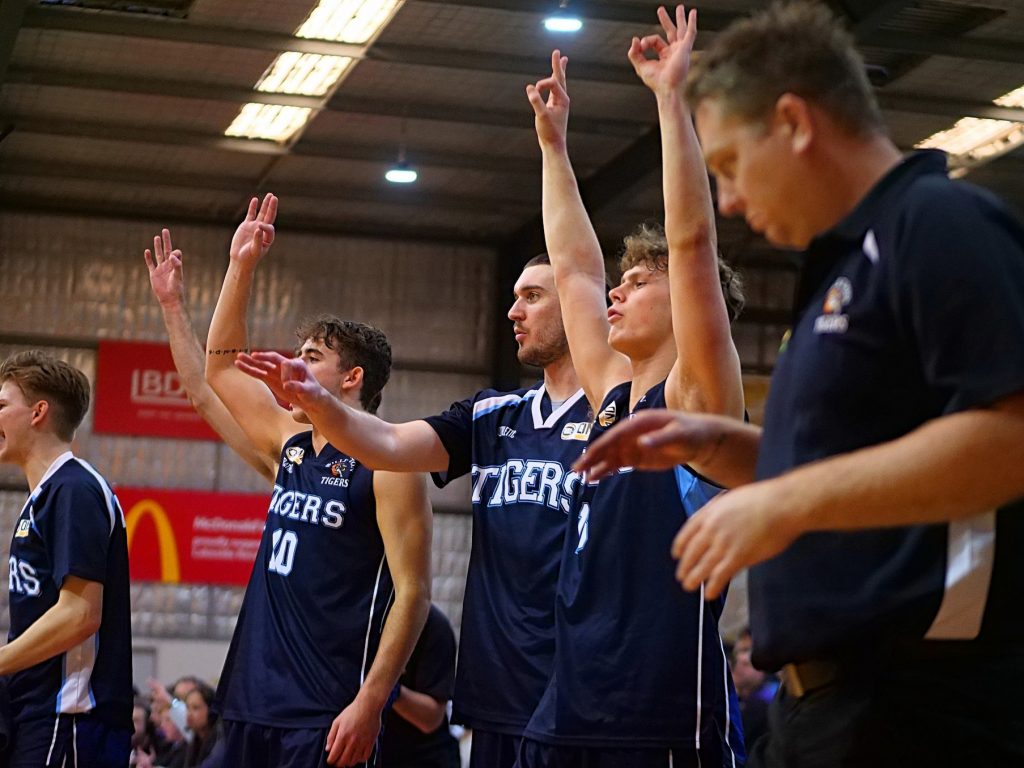 IT is that time of year with finals well and truly in the air for the National Basketball League (NBL)1 West. Both the elimination and qualifying final will take place over the weekend with the winner from each respective game moving forward to the next stage.

Coming in off a win, Mandurah Magic will be hoping to assert themselves against Cockburn Cougars who have been less than consistent throughout season 2021. The Cougars have just won one of their past five games while the Magic have registered two wins in their past five outings. The Magic have the upper hand heading into the clash finishing the home and away season with three more wins and will be hoping to draw upon that winning mentality in this clash.

It will be up to Gavin Field to lead the way for the Cougars with the forward producing an average 17.81 points a game, 5.40 rebounds, 4.61 assists and 0.72 blocks, highlighting his capacity to impact in all facets of the game. Expect NBL1 West Most Valuable Player (MVP) Nicolas Pozoglou to also chime in and ply his trade credit to his 17 points, 10.68 rebounds, 3.26 assists and a team high 1.26 blocks. Both Seva Chan and Jaarod Holmes will need to fire on all cylinders if they are to get the upper hand over the Magic who have stars of their own in the form of Scott Machado. He averages an impressive 21.41 points, 6.16 rebounds, 7.33 assists and 0.41 blocks a game, but will need Jerami Grace to help out on the scoreboard given he averages 19.31 points. Grace also features highly with 5.45 rebounds, 2.86 assists while Ben Smith has proven to be a livewire when he gets up and running recording 14 points and six rebounds a game.

The Senators have been in fine form winning four of their past five games to really hit their straps at the right time of the season. The Redbacks have been somewhat consistent and will be eager to iron out any kinks heading into the elimination final. Expect a close contest between the two sides given they finished with 13 wins and nine losses to their name with only percentage separating the pair.

Louis Timms will be the key cog for the Redbacks given his proficiency averaging 21.95 points a game along with 7.90 rebounds and 0.77 blocks a game. But Marshall Nelson is no slouch and has proven he can impact a game with great ease credit to his lofty 21.45 points a game. he also averages six rebounds, 4.81 assists and 0.54 blocks highlighting his skillset. Isaac Gattorna-Hargrave is another one to keep a watchful eye on for the Redbacks, while for the Senators it will be up to Justin King to step up to the plate. King leads the way with his 17.76 points a game while Caleb Davis will be eager to continue his hot form. Davis averages an impressive 17.54 points, 7.09 rebounds and 3.22 assists. Expect Cody Ellis and Ethan Elliott to also have a profound impact in order to keep the Senators in the hunt.

In a fight of second versus third, it will all come down to which team is able to treasure possession and capitalise on turnover opportunities. the Lightning just fell short of securing top spot with 17 wins while the Tigers managed to hold onto third thanks to their 15 wins. Having only played in Round 18, the Lightning will be hoping to maintain their winning edge, while the Tigers will be keen to reverse their fortunes and turn that two point loss around to a victory.

Keep an eye out for Damien Scott with the Tigers guard more than capable of piling on the scoreboard pressure thanks to his 17.94 points a game. he also averages 4.05 rebounds a game along with 3.47 assists. Michael Vigor is another key contributor for Willetton with his 15.52 points, impressive 10.29 rebounds a game plus 0.58 blocks a game. Hunter Clarke has proven to be an asset to the side with his 10.66 points, 4.77 rebounds, 3.05 rebounds and team high 0.83 blocks. For the Lightning Julius Bowie is the predominant scorer averaging 23.81 points each time he steps out on court and will need plenty of close attention to ensure he does not run amuck. He also averages 5.63 rebounds and 0.54 blocks. Corey Shervill should not be underestimated credit to his 21 points a game while Rowan Mackenzie is an all-round threat averaging 19.76 points, 5.23 rebounds and 3.82 assists.

Sitting pretty atop of the ladder expect the Perry Lakes Hawks to come out all guns blazing in their battle against Rockingham Flames. The Lakes have a good record heading into the match having notched up 18 wins while the Flames are no slouches with 15 wins to their name making for an enthralling clash.

What makes the Hawks so dangerous is the number of viable scoring options they have with Andrew Ferguson, Matthew Leary, Ben Purser and Lewis Thomas all averaging double-digits. Ferguson leads the pack with 14.86 and also an imposing force off the boards with his 10.50 rebounds. Leary is hot on his heels with 13.54 points while Thomas can change the course of a game with his 12.84 points, 6.52 rebounds, 3.10 assists and 1.21 blocks.  Similar to Perry Lakes, Rockingham Flames have a number of big time players that are able to share the strike around. Ryan Godfrey has been a pillar of consistency with his 14.70 points and 3.45 assists while Tom Jervis is another excitement machine averaging 14 points, 9.16 rebounds and impressive 2.33 blocks. Greg Hire is more than capable of imposing himself off the boards with his 7.68 rebounds and is crafty with ball in hand thanks to his 3.18 assists.