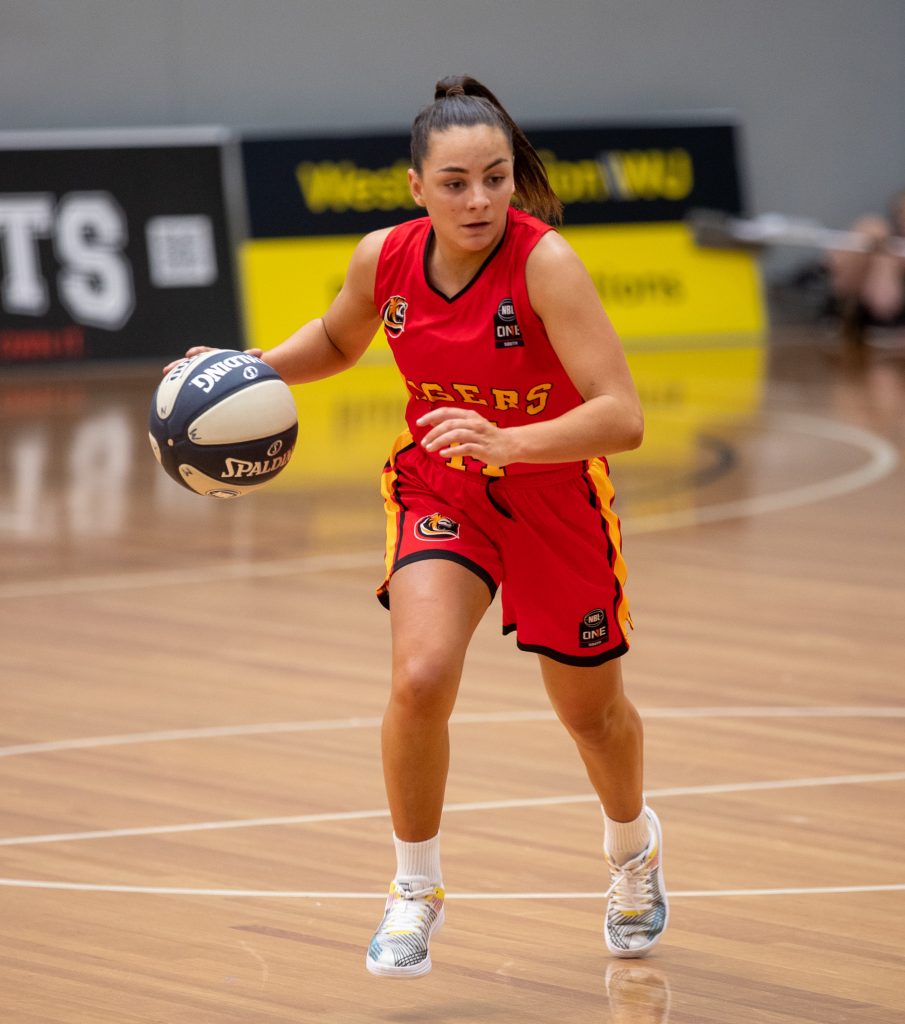 ROUND 15 of the National Basketball League (NBL1) South Women’s played host to a couple of close calls as nine games played out across the weekend. There were a couple of surprise results as second and third dropped games against their lower placed opponents.

The contest between Knox Basketball and Melbourne Tigers went down to the wire in what was a see-sawing affair. But in the end it was the Tigers that managed to swindle the win by a mere six points and cause a huge upset (78-72).

The Raiders raced out of the blocks in the first quarter as the Tigers simply could not but a basket missing their first three attempts of the game. On the other hand, every time Knox got within shooting range they hit the scoreboard as they immediately established a lead. Melbourne started to kick into gear midway through the term, as their shots started to sink but that was short lived. Within the blink of an eye the Raiders pushed out to an eight point lead and did not look done with yet as they continued to put their foot down. As the clock ticked down to the three minute mark Knox were up by 13 points and looked to have the ascendancy.

It was a complete switch up in the second term as the Tigers came out with a point to prove. Struggling to find her groove in the opening stanza Zitina Aokuso came to life, landing the first points of the quarter for Melbourne to get the cogs ticking over. Momentum began to shift in favour of the Tigers towards the latter half of the quarter as they ate into the margin reducing it from 19 points to 10 within a matter of minutes. Not only was Aokuso upping the ante but so too was Monique Conti as the pair combined seamlessly to chip into the deficit. By half time only six points separated the two teams.

That momentum and trajectory continued deep into the third as Melbourne managed 17 points while keeping the Raiders to 10 points. The Tigers drew level with just over three minutes left in the quarter before stealing the lead thanks to a Tylah Hooper triple at the two minute mark. Sensing a win Melbourne pulled out all the stops in the final term as their big name players imposed themselves to keep the Tigers’ noses in front and grind out the win despite Knox working in overdrive to flip the script.

Leah Santomaggio had a hot hand for the Raiders as she drained an impressive 26 points at 63 per cent from the field. She starred from beyond the arc nailing six of her 10 attempts while she also reeled in four rebounds in the loss. Klara Wischer was in fine form slotting 19 points and fell just short of a double-double with her nine rebounds, one assist and one steal. Lucy Dawson managed to chime in with 10 points, five rebounds and a steal for Knox.

For the Tigers, Aokuso led the charge with her 22 points in 36 minutes of play. it did not stop there though as she secured a whopping 14 rebounds – 13 defensive – along with four rebounds and two steals. Conti managed 15 points at a lowly 29 per cent from the field, plus four rebounds, two assists and a steal while Kirsty Wallace also drained 15 points. Isabella Brancatisano finished with eight points and three rebounds to her name in the win.

In other results, the top of the table Frankston Blues continued their winning ways with victory against Sandringham Sabres as the second placed Bendigo Braves fell to Ballarat Rush. Eltham got the chocolates against the Rush while Ringwood reigned supreme against Diamond Valley Eagles. It was a good weekend to be a Ringwood Hawks fan as they also notched up a win against Waverley Falcons as the Cobras managed to claim victory in their sole outing against Dandenong Rangers.