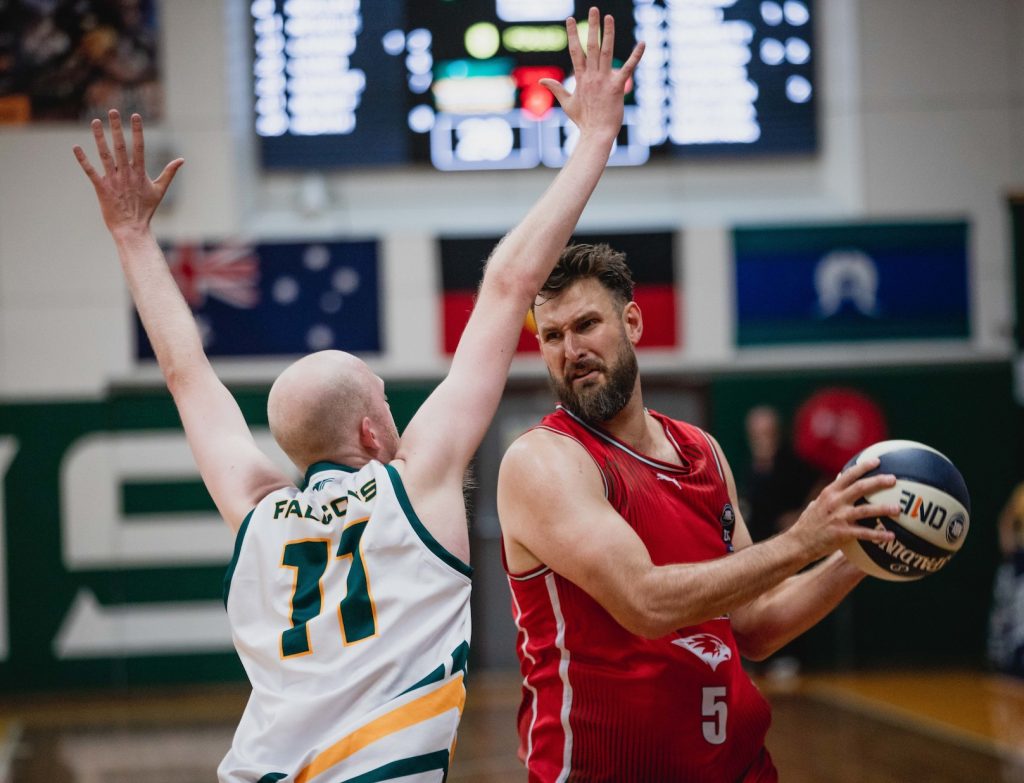 THE National Basketball League (NBL)1 South Round 5 preview features Diamond Valley Eagles as the winless women’s side comes up against the fellow winless side Hobart Chargers, while the 4-1 Eagles’ mens side take on North West Thunder on Saturday, which looms as a huge weekend for the northern suburb based side.

Something has to give in the opening clash between the winless Hobart Chargers and Diamond Valley Eagles. Both teams have struggled to-date, playing five games apiece and yet to get any points on the board. They sit 15th and 17th respectively, with the home Chargers having a percentage of 84, while the Eagles are lower with 70, just ahead of cellar dwellers, Albury-Wodonga Bandits. A win for the successful team means they not only kick-start their season, but break the drought that has been building in the opening rounds.

Hobart Chargers have a quartet of talented stars who have made a promising start to the NBL1 South season despite the five consecutive losses. Madeleine Garrick has been sensational in the opening month, racking up 21.6 points, 9.0 rebounds, 3.6 assists and 2.4 steals to lead her side well. Garrick has teamed up well with fellow back-courters Ellie Collins (15.0 points, 7.8 rebounds and 2.2 assists) and Sharna Thompson (11.0 points, 3.3 rebounds and 1.6 assists). Up the front, Tayla Roberts has been a source of scoring knocking down 17.2 points, 6.8 rebounds and 1.4 assists.

The Eagles have had an even spread of contributors that has not quite been enough to get over the line, with Olivia Bontempelli averaging 13.3 points and 5.5 rebounds from the back court. Jade Dunne (10.0 points, 2.8 rebounds and 2.4 steals) has also averaged double-figure points, while teenage star Sophie Burrows has shown just how much potential she has with the 16-year-old putting up 9.8 points, 7.3 points and 2.8 steals per match. Teah Reichert is another to keep an eye on at the five spot, with the 17-year-old grabbing 8.4 rebounds to go with 7.2 points and 1.4 blocks per game.

In other fixtures, the Eagles do the double on the Apple Isle up against the 3-2 Launceston Tornadoes, while fellow 0-5 sides Mt Gambier Pioneers and Albury-Wodonga Bandits face the Waverley Falcons (3-2) and Knox Raiders (4-0) respectively. One of the matches of the round will be the 4-1 Bendigo Braves hosting the undefeated Eltham Wildcats (5-0), with the Wildcats playing host to the Sandringham Sabres (3-2) on Sunday. The Braves have a tough weekend also needing to take on the Frankston Blues (5-0) on Sunday, as the Blues will be coming off a trip against close rivals, Dandenong Rangers (2-3) on the Saturday. In the final matches of the weekend, Geelong Supercats host Melbourne Tigers, Kilsyth Cobras host Nunawading Spectres, the Ballarat Rush travel to Ringwood Hawks, and the Tigers lock horns with the Rangers in another Sunday fixture.

Diamond Valley Eagles also feature in our NBL1 South men’s match of the week this weekend, but at the opposite end of the ladder, winning four of their past five games to start the year, the same as North West Tasmania Thunder who they play on Saturday. Having clashed with Hobart Chargers on Friday night, the Eagles will be ready and raring to go for a second game against a Tasmanian rival. The Eagles are coming off back-to-back wins, whilst for the Thunder, they will be gunning for four in a row at OBC Stadium.

Three Diamond Valley Eagles players have averaged the double-figure points with Blacio Owili almost knocking down the 19.2 points and 9.2 rebounds out of the five. The experienced 33-year-old is a difficult man to stop at both ends and will be a key player in this match. They have great depth in the five spot, with Ben Allen (8.2 points, 5.2 rebounds) also having an impressive game, as Ngor Manyang (16.0 points, 5.4 rebounds) and Darcy Harding (11.8 points, 8.4 rebounds and 3.2 assists) have also put up double-figure points in season 2021.

Whilst the Eagles have the two players averaging 15-plus points, the Thunder have not had the standout shooter, but instead have six players averaging more than eight points per game. Leading the way is Joseph Chilcott who is averaging 12.4 points, 4.6 rebounds, 1.8 assists and 1.4 steals per game, slightly ahead of teammate Bradley Simpson (12.2 points, 3.2 rebounds and 1.6 assists). The 18-year-old Sejr Deans (11.0 points, 3.5 rebounds and 2.0 assists per game) is also averaging double-figure points but has thus far only managed the two games. Paul Campbell (10.4 points, 6.0 rebounds and 1.8 assists) standing tall at the five, and the back court duo of Taran Armstrong (9.0 points, 6.5 rebounds, 4.5 assists and 2.5 steals) and Mason Bragg (9.6 points, 4.4 rebounds, 5.0 assists and 1.6 steals) have also impressed when they have played.

In other fixtures, the only winless sides remaining are the Dandenong Rangers – who face Frankston Blues (3-2) and Melbourne Tigers (1-5) – and Albury-Wodonga Bandits – who face Waverley Falcons (3-2) – will be keen to get on the board in season 2021. The Tigers face the double-up taking on Geelong Supercats on the Saturday, while the likes of Blues meet Bendigo Braves on Sunday. Bendigo double-up against Eltham Wildcats themselves who the latter play their second game against Sandringham Sabres. Meanwhile Ringwood Hawks host Ballarat Miners, Kilsyth Cobras host Nunawading Spectres and Mt Gambier Pioneers lock horns with Knox Raiders in the other clashes across the NBL1 South men’s competition.