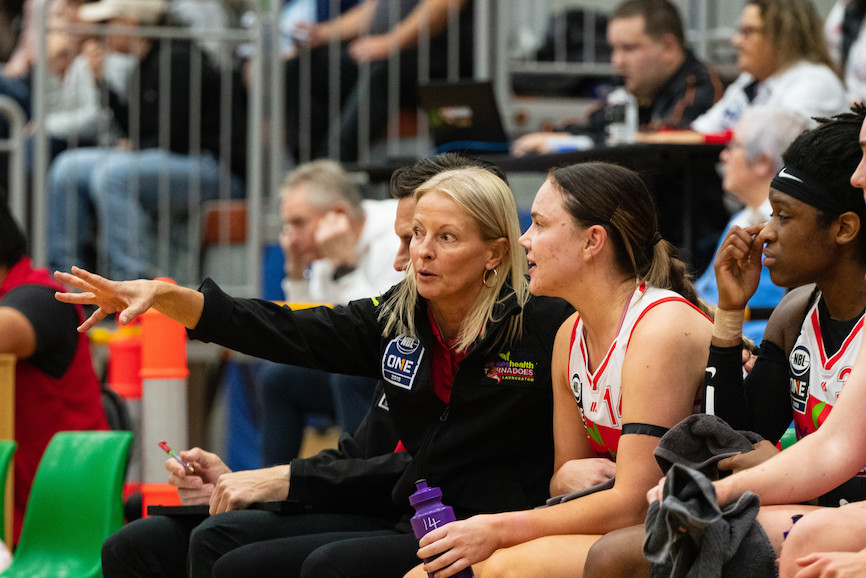 ONCE again Frankston Blues play host in our National Basketball League (NBL)1 South women’s match of the round, coming up against an equally stacked side in Launceston Tornadoes, whilst in the men’s we take a look at the Melbourne Tigers playing host to the Hobart Chargers, with both sides sitting at 1-1 heading into Round 3.

Both Frankston Blues and Launceston Tornadoes are undefeated playing in a combined five games in the women’s competition this season. The Blues are sitting pretty at the top of the table with three wins from three games, while the Tornadoes have not dropped a fixture in their opening two matches. Darcee Garbin is leading the league in total points, with the 26-year-old forward putting up 27.7 points, 2.7 assists and 8.3 rebounds per game, shooting at 51.7 per cent from the field. Add to the fact she has hit the 30-point mark twice – in the wins over Nunawading Spectres and Dandenong Rangers – Garbin has proven to be a lethal threat all over the court.

Despite Garbin’s obvious shooting threat, the most balanced player on the side may well be another WNBL talent in Tessa Lavey, who is not that far off a whopping triple-double average. Pulling in 18.3 points, 8.3 assists and 7.7 rebounds per game, Lavey has not wasted any time acclimatising from the AFL Women’s to the basketball court. As the leader of the back court, Lavey is able to transition the ball forward to set up Garbin, and on both occasions has at least eight assists and at least seven rebounds from her first three games. She did have six turnovers last match, so it might be an area she looks to improve, but overall, she is hard to stop. Three other Blues to keep an eye on include Taylah Giliam (12.7 points, 3.0 rebounds and 2.3 assists), and rising talents Saraid Taylor and Ella Batish who both average 6.0 points and 4.7 rebounds per game.

Perhaps the only player in better shooting form than Garbin is the far and away leader, Keely Froling. The WNBL sharp shooter has been unstoppable this season, dropping a whopping 35 points per game at 62.5 per cent efficiency from the field. What makes her even more damaging is her ability to live off the boards, with 20.5 per game, and then setting up five baskets per match through assists. She has only played the two games to Garbin’s three, but in those two games has put up 42 and 28 points, and also 22 and 19 rebounds respectively. Add in the three and four steals, and Froling can do it all. She did produce seven turnovers to her two from the first match, so again will be an area she looks to sharpen up.

More dangerously is the fact Launceston will unleash WNBL legend, Kelsey Griffin who will join her UC Capitals teammate in Froling at the Tornadoes. Griffin will suit up for the match, and whilst she has not played yet this season, considering what she does at the elite level, expect her numbers to be similar to Froling depending on her minutes. Mariah Payne is benefiting from the talent around her, quietly achieving with 19 points, eight rebounds and 4.5 assists per game, while D’Asia Chambers is another one to watch with eight points, five rebounds and 2.5 assists per match in the back court. This game is set to be a massive one with serious elite WNBL talents going head-to-head in what promises to be a must-watch contest.

In other matches, the Tornadoes front up against Sandringham Sabres in a second away fixture, with fellow Tasmanian side Hobart Chargers searching for their first win against both Kilsyth Cobras and Melbourne Tigers. The Tigers play another struggling side in the Diamond Valley Eagles (0-3), while Albury-Wodonga Bandits double-up against Knox Raiders and Waverley Falcons. The Falcons also face the winless Geelong Supercats on Friday night, whilst in other matches, Ballarat Rush play host to Bendigo Braves, Eltham Wildcats take on Nunawading Spectres, Mt Gambier Pioneers tackle Ringwood Hawks, and the Braves face Dandenong Rangers.

Our men’s match of the round is between Melbourne Tigers and Hobart Chargers in what promises to be a beauty of a contest. The Tigers sit at 1-1 from two games despite featuring in the top four for points, assists and blocks, whilst the Chargers have an equally red-hot shooter on their hands, and also have won just the one game from two matches.

This week the shooting contest will be between Tigers’ Felix von Hofe (30.5 points per game) and Chargers’ Jonathan Mines (28.0). Von Hofe is also averaging the five rebounds per game, but is best known as that pinpoint shooter who can be ever damaging from the back court. Putting up 28 and 33 points per game in his first two matches, von Hofe is one the Chargers must look to contain. Similarly, Mines is averaging the three rebounds and a block, steal and assist per match, putting up 31 and 25 points in his two matches thus far.

Both players have support around them, with Keenan Willie among the top playmakers in the competition. Willie is averaging a healthy 6.0 assists – ranking fourth overall – with his 10.5 points and 5.0 rebounds per game, shooting at 53.85 per cent from the field for the Tigers. Similarly, Dogukan Elyazar (14 points, four rebounds) and Lachlan Anthony (8.0 points, 1.5 assists and 1.5 rebounds) are others who have contributed for the home side.

For the Chargers, Koen Sapwell (18.5 points, 3.5 rebounds and 1.5 assists) has backed up Mines effectively, while Jack Stanwix (11 points, five assists) has been a contributing factor in scoring, though he has only played the one game against the Ballarat Miners. The Tigers will be favourites at home in this one, but the match could go either way.

In other matches, the Tigers also travel to face Diamond Valley Eagles, whilst the Chargers lock horns with Kilsyth Cobras in another 1-1 clash. Opening the round the Geelong Supercats host Waverley Falcons, before the Falcons play host to Albury-Wodonga Bandits later on the weekend. The Bandits previously take on Knox Raiders to search for their first win, whilst Dandenong Rangers will look for the same result against Bendigo Braves, who take on not only the Rangers, but the Miners as well. North West Tasmania do the double against Frankston Blues and Sandringham Sabres, whilst two teams with opposite formlines coming into the round in Nunawading Spectres and Eltham Wildcats do battle, as Mt Gambier Pioneers also host Ringwood Hawks.