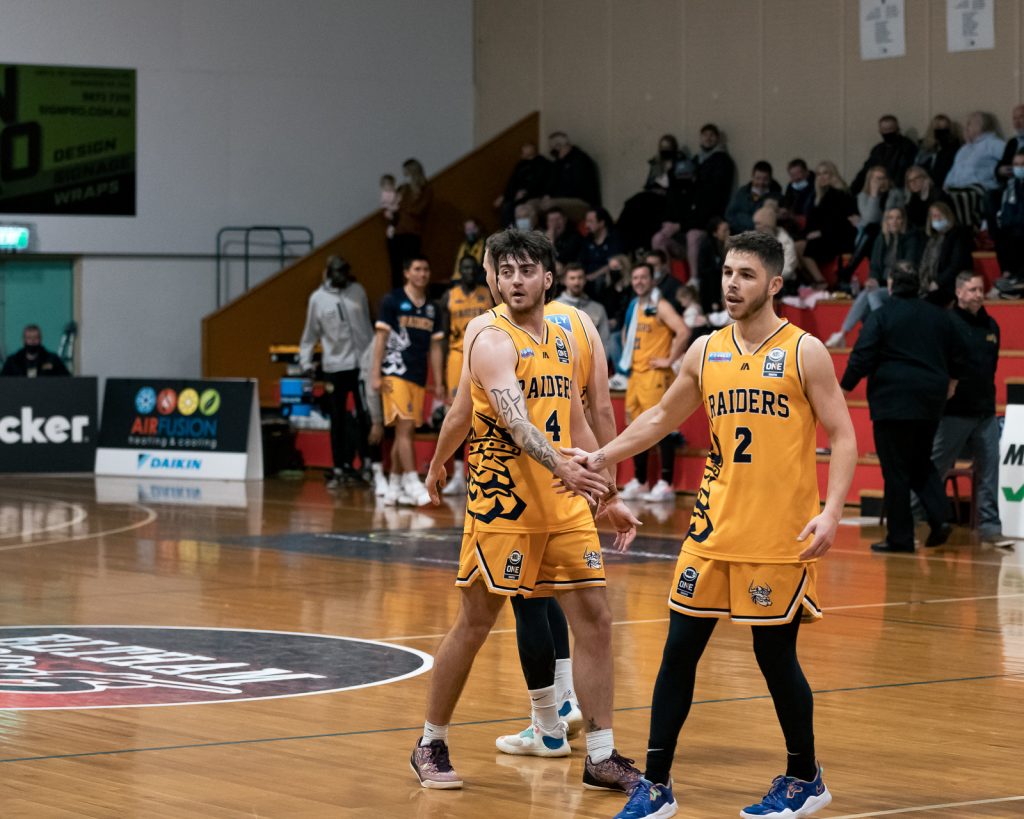 ROUND 11 of National Basketball League (NBL1) South men’s saw a number of enticing battles, with the Knox Raiders and Waverley Falcons clash going down to the wire with just one point between them at the final buzzer.

In an electrifying game which saw both teams pushed to their limits until the final seconds of the game, the Knox Raiders managed to secure the 101-100 victory after a missed two-point shot proved costly for the Waverley Falcons. The one-point win capped off a successful Round 11 for the Raiders, who also came away with the win against Eltham Wildcats. The Falcons won the jumpball in the opening term. Both sides were eager for the win, with scores being levelled. A string of shots at the basket from the Raiders had opponents Falcons firing back, getting precious points on the board. The continuous back and forth between the two teams foreshadowed the fiery showdown that was to come.

As the second period begun, a three-point shot was made which tilted the score to favour the Falcons by one. Although Waverley held the lead at one stage, the levelling of scores was seen on numerous occasions throughout the period. By the third stanza, both teams continued to trail one another with the lead never going past five. The fourth period begun 82-76, with Knox taking the lead. Things were beginning to intensify as time ticked by. A blitz of goals from both sides saw a timeout called – a total of six were called altogether. However, a final effort from the Waverley Falcons was not enough to snag the win as a two-pointer from Knox helped to keep their winning streak alive.

Bul Koul was dynamic for the winning side with his performance and was one of the best players for Knox on the day as a result of 24 points and seven rebounds. Teammate Benjamin Ayre followed suit with a classy 22 points, five rebounds and three assists, with Reuben Te Rangi not far behind with 14 points. Falcon’s best included an impressive performance of 28 points, seven rebounds and five assists from Dexter-Kernich Drew. Other prominent names for Waverley were Daniel Dillion who scored 28 points in 34 minutes of play as well as Bennie Lewis and Tristian De Zwart Forsyth who both scored 16 points.

Meanwhile, Ringwood Hawks claimed victory over the Melbourne Tigers by 16 points. The third-placed Geelong Supercats fell short up against the Hobart Chargers, but managed to pull through in time when they battled NW Tasmania. Albury-Wodonga Bandits endured a close-scoring game but missed out on the win against Bendigo Braves. Leader ladders Frankston Blues cruised through their game as they defeated Ringwood Hawks, whilst the Ballarat Miners had a better day in their 27-point win against Nunawading Spectres. Mt Gambier Pioneers reigned supreme against the Kilsyth Cobras. Albury-Wodonga Bandits overthrown the Dandenong Rangers by 15 points, Ballarat Miners found success against the Diamond Valley Eagles by 19 points.