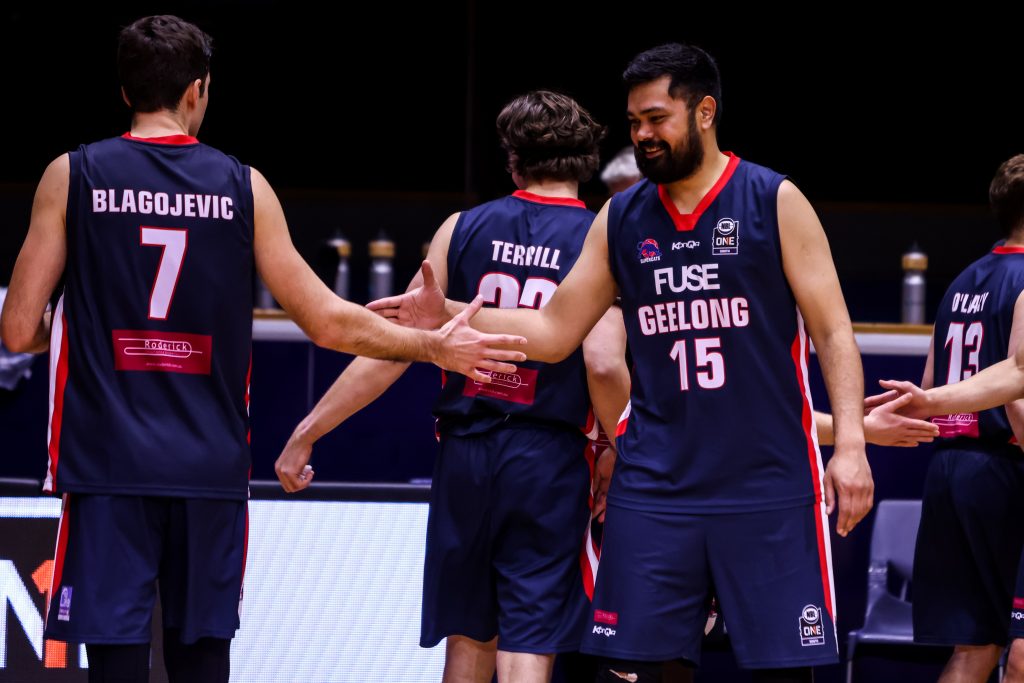 IT was a long time between drinks with the National Basketball League (NBL)1 South put on hold due to Victoria’s snap lockdown. But the competition all picked up where it left off, with teams coming out with a point to prove in Round 15 as the competition starts to heat up.

There was one battle that went right down to the wire in Round 15 as Nunawading Spectres and Geelong fought it out until the dying stages of the game. Only two points separated them at the final siren as the Spectres claimed an almighty comeback win, 85-83. It was a tale of two halves as the Supercats had the momentum in the opening half and then lost their rhythm in the second.

Geelong were firing on all cylinders in the opening term as Isaac Turner made his intentions clear opening his account with a triple. However it did not take long for the Spectres to answer the call and quickly level proceedings as it turned into somewhat of a shootout. Both sides were trading points as the lead swung back and forth before Geelong kicked things up a gear. A couple of handy substitutions gave them some fresh legs out on court as they powered home in the final five minutes of the term to blow the lead out to seven at quarter time.

The Spectres were not about to back down from the challenge as they wasted no time hitting the scoreboard in the second to eat into the deficit. A seven point differential quickly turned into a two point deficit with Jack Gandolfo proving to be the man for the job. But every time Nunawading got within striking distance the Supercats found a way to pull ahead and create some scoreboard separation heading into half time up by a handy five points.

The third quarter is where the script was completely flipped as the Spectres levelled the scores within the first minute of the term. From there on out, the Spectres monopolised the play with their increase in defence and offence enabling them to establish dominance. Everything started to fall their way as the Supercats were forced onto the back foot and struggled to find an answer for their opponents’ new found confidence. Holding a four-point lead heading into the final stanza, the Spectres were eager to ride out the game in style but Geelong had other plans getting back within two points in the early stages of the quarter. Nunawading were able to counter everything that was thrown at them, weathering the storm nicely to secure a hard-fought two-point win.

Tom Wright was a key cog for the Spectres draining 22 points at 73 per cent from the field while his accuracy from down town was also impressive as he registered three triples from four attempts. He also finished with four rebounds, six assists and one steal. Teammate Andrew Steel was also in hot form posting 16 points in his 31 minutes on court while also racking up three rebounds in the win. Simon Conn fell just short of a double-double with his 15 points, nine rebounds and five assists as Dain Swetalla quietened down after the first half but still managed 10 points and eight rebounds.

Turner was the main man for the Supercats as he topscored with 22 points at 57 per cent from the field. He also collected one rebound, four assists and a steal in the narrow loss. Owen Odigie was the next best with his 14 points at 80 per cent from the field while also reeling in six rebounds as teammate Jack Macdonald got busy with his 11 points, two rebounds and two assists. Shea Ili managed a handy 10 points in his 34 minutes on court while also finishing with three rebounds, four assists and two steals. George Blagojevic found his rhythm sinking 10 points and nine rebounds in a solid performance.

The second placed Frankston Blues asserted themselves against Sandringham Sabres in a convincing performance while Knox Raiders blew the Melbourne Tigers out of the water with a romping 49-point win. The Miners got over the top of the Wildcats while in the battle of the birds it was the Diamond Valley Eagles that reigned supreme against the Ringwood Hawks, as Kilsyth Cobras toppled the Rangers while Bendigo Braves handed Ballarat their second loss for the season.